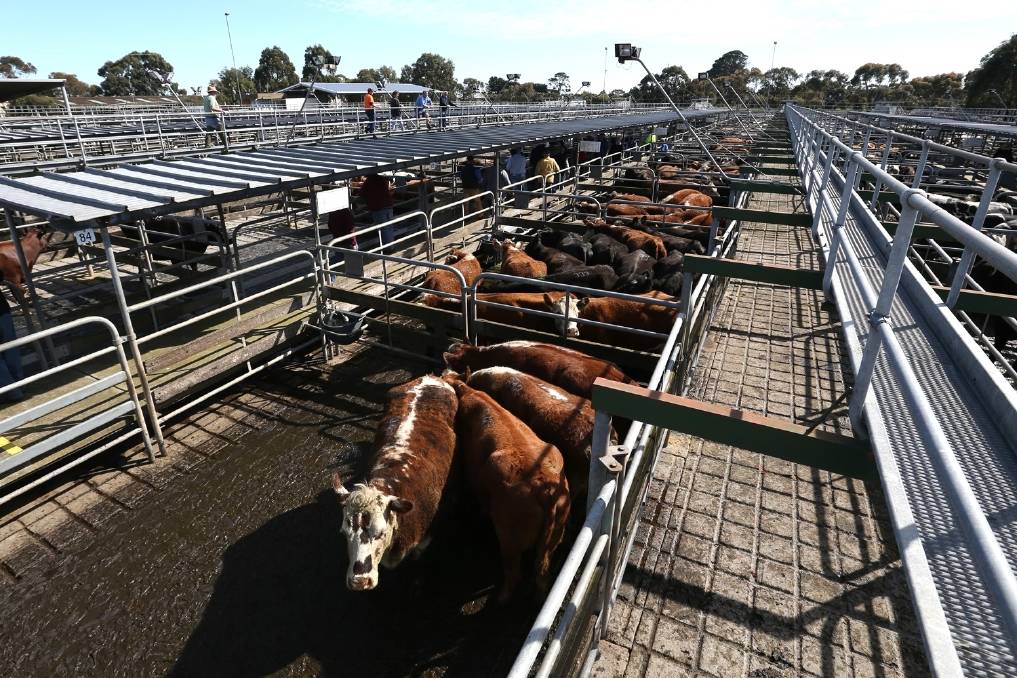 CATTLE prices at saleyards and for direct consignment are firmly entrenched in uncharted territory, but there's still good margins in trading.

DESPITE cattle prices at both saleyards and direct consignment now firmly at home in uncharted territory, the incentive for processors to maintain throughput is ensuring there are still good margins to be captured by trading.

An early break in Queensland in October could see an EYCI of 700c/kg arrive before Christmas, say Mecardo market analysts.

Indeed, while cattle traders would have to be feeling a degree of nervousness given the levels they are now forced to buy in at, particularly combined with talk of a return to El Nino conditions, Mecardo's Angus Brown last week released market analysis pointing to current margins on the sell/buy basis being as strong as they have ever been.

With finished and feeder steers making well over 300c/kg (liveweight), producers selling these categories can easily afford to pay the same cents a kilogram and still make a profit, his commentary said.

He outlined a scenario where a feeder steer margin of $284 a head under current levels would give a store steer price of 410c/kg (lwt), equating to an EYCI of 720c/kg (cwt).

That would be a 21 per cent climb on the current market.

"The market has to fall a long way before cattle traders would make a loss," Mr Brown said.

"Processor and feeder demand are currently driving the market."

He said restockers hadn't re-entered the market in strong numbers since the last drought broke, but if they did, it would drive the price up quickly.

Grid prices were already at all-time highs due to numbers of killable cattle contracted since May, leaving processors scrambling for supplies.

In some parts of NSW, the turnaround in processing wait times has gone from eight months to a few days.

Mecardo analyst Augusto Semmel- roth said heavy steers in NSW had lifted from 471c/kg to 518c/kg (lwt) in the past month and from 430c/kg (lwt) in May.

There had been a 20pc increase or more in all other categories, he said.

But traders across the state's saleyards are expressing caution as to the numbers they are willing to take.

Agents and consultants said there was little "punting" taking place.

"If you are selling and replacing on the same market, the margins are there, but it would be high risk to try to enter the game now," said northern NSW cattle consultant Bill Hoffman.

"Traders are still in the market, but they're not building numbers," he said.

Meanwhile, large numbers of stock currently on fodder crops in areas like northern NSW and the Central West are not likely to hit the market before October.

Inverell agent Ben Hiscox, Bob Jamieson Agencies, said there were some good forage crops about and everybody was looking to put as much weight on their cattle as they could.

"When they do hit the market, there won't necessarily be more numbers than unusual, but the cattle will be heavier and better finished," he said.