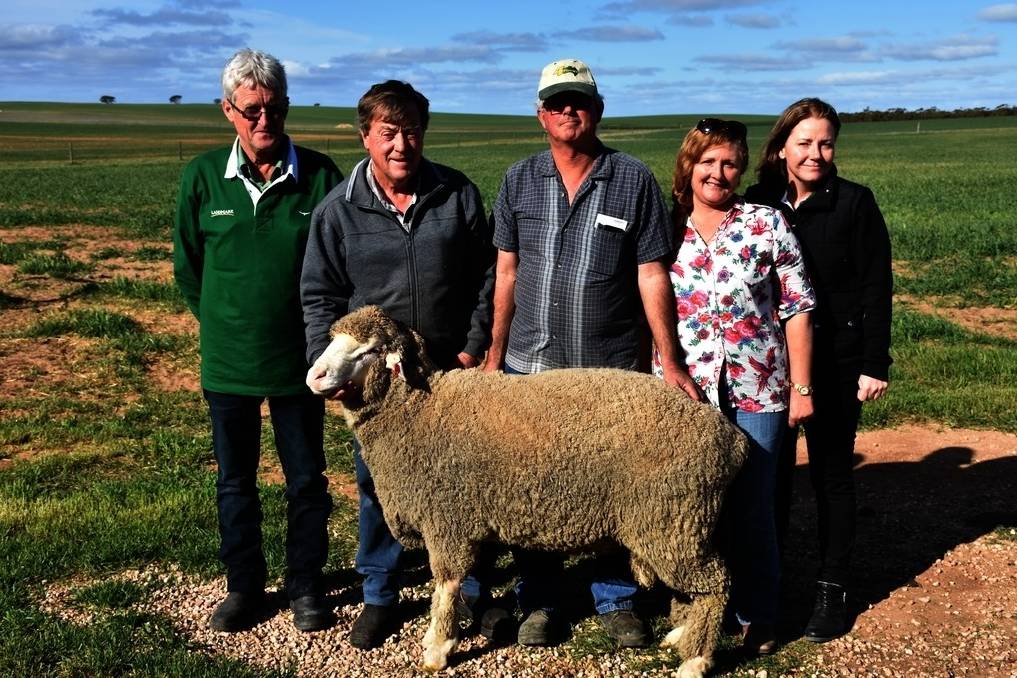 The usual large crowd of local and interstate buyers started the bidding off strongly on a line-up featuring dual-purpose, fast-growing large-framed rams with white, soft-handling wool.

The top price of $3200 was paid by Di Thomas and John Duncan, Wallala. At 97 kilograms, the ram carried a 19.1-micron fleece with 14.3 coefficient variation and 99.6 per cent comfort factor. They also bought a further six rams.

Mr Hamence said he was pleased with the large turnout and with selling a few more rams than last year.

"It was such a great turnout of buyers - more then the last few years, to be honest," he said.

"A few new faces were in the crowd this year too - that's always a positive sign."

"Leslie is known for his knowledge of the Merino breed, in particular ASBVs and Sheep Genetics data, and his sheep presented well in a hard feed year,'' he said. ''These sheep are bred for local conditions and have proven performance.