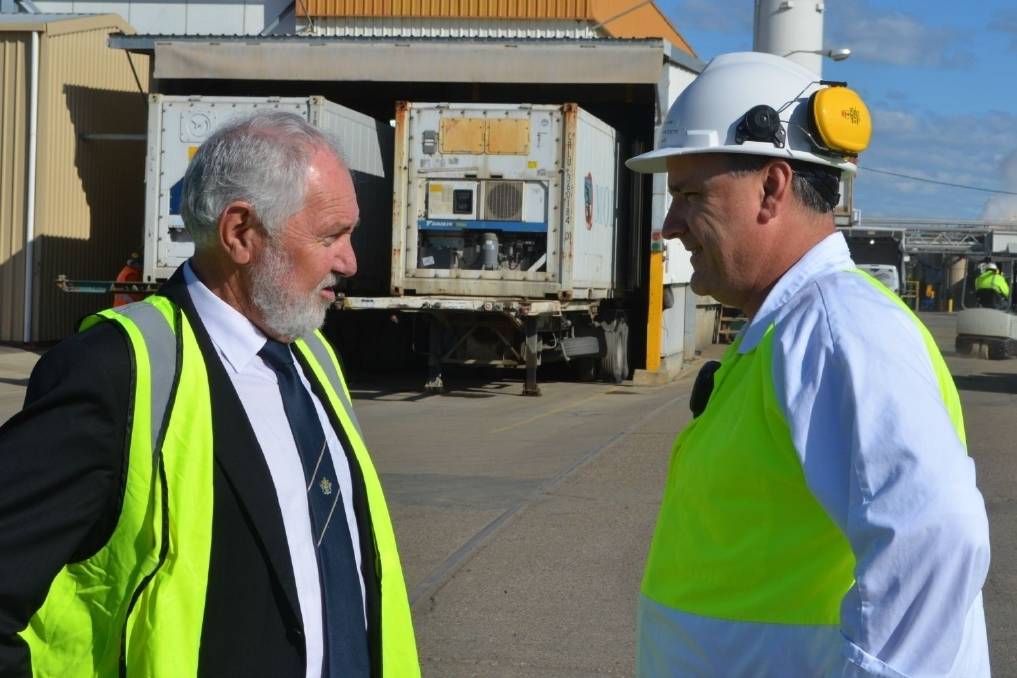 Teys Australia will invest $50 million to upgrade its cold storage facilities at it's Wagga Wagga plant.

Teys Australia will invest $50 million to upgrade its cold storage facilities at it's Wagga Wagga plant.

According to Teys Wagga Wagga general manager Andrew Ross the investment will boost the efficiency of the Wagga operation, and enable the plant to survive and continue to support the local community and Riverina cattle producers.

"It will enable us to greatly improve the value-adding process of our product and still be able to pay producers for quality cattle as the prices maintain these current levels," Mr Ross said.

"We are aware we have to invest downstream to contain our manufacturing costs to have a sustainable future in the global market."

Mr Ross said 60 per cent of the product processed in the Wagga Wagga plant is exported to Korea, Japan and the US, while the remaining 40pc is consumed domestically.

"Everything is based around minimising the physical handling of packaged product and reducing the chance of damage to cartons and health issues," Mr Ross said.

There will be 200 contracting positions and three full-time positions filled during the three-year construction phase.

The mayor of the City of Wagga Wagga, Rod Kendall, welcomed the announcement by a major local employer.

"They are employing local tradesmen and contractors and lot of this money will stay in the region."

Cr Kendall said it is an indication of where Teys Australia believes the future lies, and it is in supporting cattle producers across the Riverina region.

"All of the cattle which go through this site come from the local area, so producers are assured of steady demand for their stock."

Mr Ross said the plant processed 318,000 head last year, but this year kill numbers are expected to be lower due to a combination of less Saturdays worked and lower numbers of available stock.

"We feel there will be a shortfall before Christmas, but the upgrade is really good for Wagga Wagga and the Riverina," he said.

That sentiment was endorsed by Elders, Wagga Wagga livestock manager Glenn Fordyce when he said it is an 'enormous tick' for the region.

"It is a great vote of confidence in the Riverina cattle industry and Wagga Wagga in general," Mr Fordyce said.

"I guess it supports their investment in the local cattle market and must give producers a feeling of support."