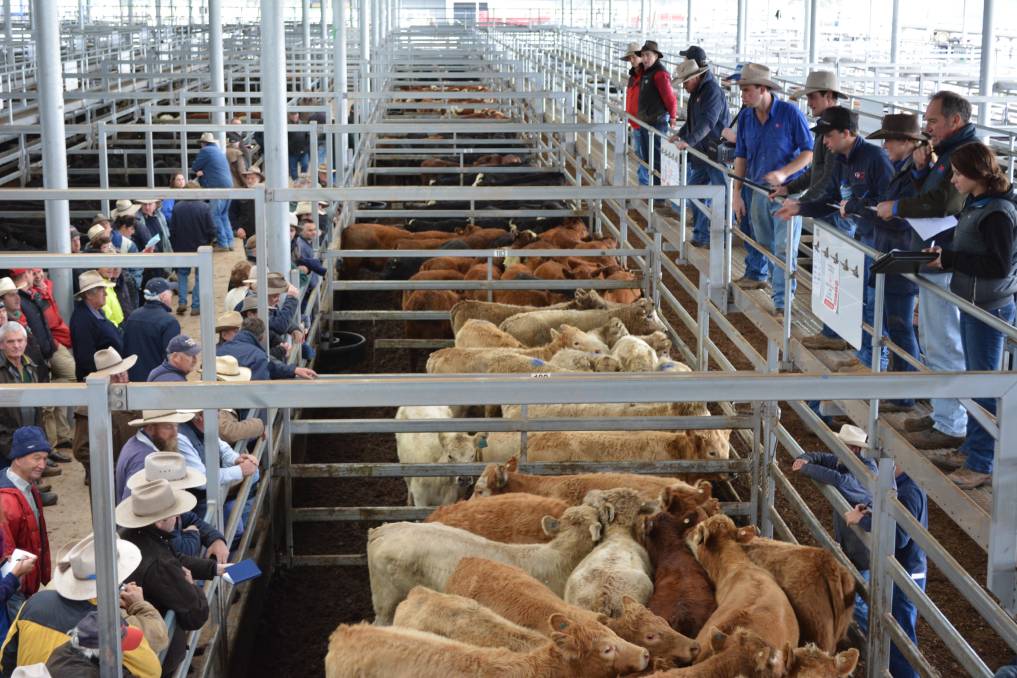 The dearer trend has been boosted by some Queensland centres recording dearer trends early this week.

The young cattle at the Roma store sale on Tuesday surged an average of 23c/kg to bring the market average to 539.95c/kg.

Roma has a significant affect on Eastern Young Cattle indicator (EYCI) as it normally contributes somewhere between 40 and 50 per cent of the cattle in the calculation from Tuesday's sales.

About 12,240 cattle were offered at Roma making it the biggest yarding so far this year.

Large numbers of restockers from across Australia and feedlot buyers provided strong competition and lightweight yearling steers reached a high of 346c/kg (liveweight), according to the National Livestock Reporting Service.

Warwick, Qld, was also about 8c/kg (cwt) dearer bringing its average to just above 500c/kg, while Camperdown and Shepparton in Victoria and Inverell all recorded price gains.

Last week's dearer trends at Carcoar, Gunnedah, Scone and Wodonga were not sustained on Tuesday and may be a sign of some lotfeeder resistance to the high prices.

For example, last week's average at Carcoar was not far off 600c/kg, while this week its average for young cattle dipped to 560c/kg.

For buyer's looking to enter what seems like a dear market, Mecardo analyst Angus Brown has suggested light heifers might be worth consideration.

"While the EYCI data is from prime markets, pricing from store sales and on auctions plus for light heifers is generally at a discount to the EYCI, with some lots selling at similar levels to the averages from the EYCI sales," he said.

"As such, light heifers look to be pretty good buying for those looking to buy in to an expensive cattle market."

But he said it's not enough for a cattle category to be "relatively cheap", as there also needs to be a margin in buying them.

Mr Brown clarified this by saying yearling and feeder heifers were currently priced about 500c/kg in both over-the-hooks markets and in saleyards, which was about where light heifer prices are trading.

"An improved seasonal outlook would be likely to see heifer prices improve back to a more normal discount to the EYCI, while a move to a herd rebuild would see heifer values move to a strong price relative to the EYCI," he said.