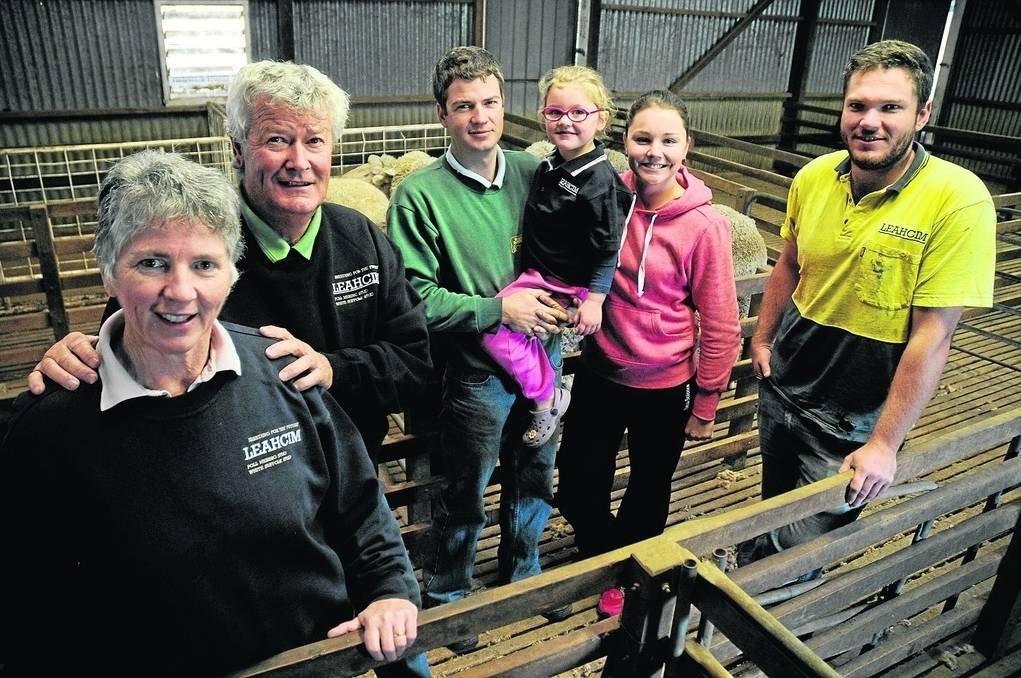 ANDREW and Rosemary Michael, Leahcim stud, Snowtown, have seen other farmers encounter difficulties when it was time to hand the farm.

ANDREW and Rosemary Michael, Leahcim stud, Snowtown, have seen other farmers encounter difficulties when it was time to hand the farm over and wanted to ensure their family did not have any problems.

Mr Michael, 59, and Mrs Michael, 56, have discovered early succession planning has stimulated enthusiasm and increased motivation in their sons, Luke, 34, Stewart, 29, and Alistair, 25.

They have set up a structure which allows the boys to work their own interests into the business and take ownership of the operation.

"We have been reasonably successful in what we have done and I didn't want the boys to think they had to follow on with what we had done exactly," Mr Michael said.

"Luke did his wool-classing certificate and then came home. He was born to be a farmer.

"Stewart is a mad-keen pilot and would like to have a part of that in the business and Alistair worked with Landmark for four years and is into the technology side with data and the sheep.

"Structuring it so they had the flexibility to do what they wanted to do was the most important part for me.

"I'm very passionate about what I've done but if they don't have the same passion they have to be able to run with theirs."

The farm comprises the 1618-hectare original home farm at Snowtown, a 6677ha station property between Burra and Morgan, and 647ha at Willalooka in the South East. They worked with their lawyer, accountant, bank manager and succession planner to set up a structure which has been welcomed by all parties.

The land is being signed over to the siblings and they will take over the partnership.

"Nothing will change but they will be able to set up their business and make financial calls as far as purchases are concerned," Mr Michael said.

"They have their own parcels of land and can pursue their own interests within their businesses. Their ownership of our business will increase each year and they know today exactly what they are entitled to if we are hit by a bus tomorrow.

"We become advisers but also the genetic component of the stud ewes stays with us until we die.

"It derives the most income and the boys have full use of that, but it is security for us. It is what we have worked so hard to build."

Mrs Michael said the difference in the boys as they took ownership of the farm was instantaneous.

"They have direction and they were into it straight away," she said.

"They have been involved all the way through and had their input.

"It is security for us and for them knowing exactly what they are entitled to and it has been very motivating for them."

The sons are the fifth generation to take over the Snowtown farm, which was a small operation when Mr Michael and his brother inherited it after his father died.

"My brother left the farm in 1991 as it wasn't big enough for both of us at that stage," he said.

"Succession planning has never been done like this before but it has been a real asset having three boys who wanted to come back to the farm."