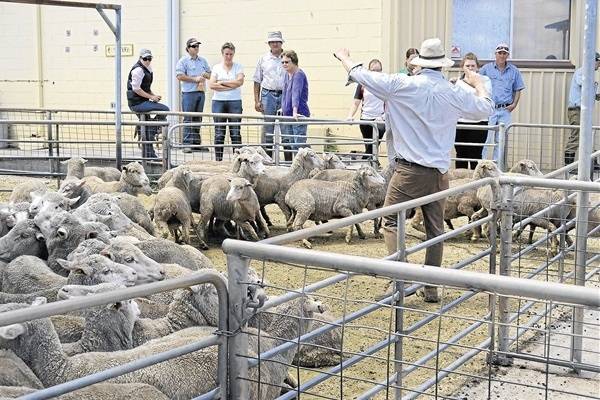 "Our agents have a charge levied on them for the licence fee to sell through the yards by Dubbo City Council," Mr Armitage said.

"We yard in excess of 220,000 cattle and approximately 1.2 million sheep and lambs per year which equates to a little over $600,000 contributed by this association's individual agents to the running of the saleyards."

Mr Armitage said the fee was set by council and was paid by agents.

"The statement that costs to agents are passed on to producers is wrong.

"The agent licence fee for use of the saleyard facilities is paid by agents themselves.

"Agents charge the producer/vendor a commission and don't charge a set of fees that they add on to the vendor."

An agent's commission is set for that agent's service which includes the on-farm, off-farm, auctioneering skills, and drafting skills of the agent.

"Agents do not pass on fees and charges, but charge a set commission for their sale service to producers and vendors."

At council's finance and policy committee meeting last week councillor Kelly said the agents were not pulling their weight and should be paying higher charges.

"They're very happy to see more money spent out there on the facilities that's going to generate more activity and more commission for them," he said.

Council has recently received news from the federal government of providing a dollar-for-dollar grant of $3.39 million for the upgrade of the Dubbo Regional Livestock Markets project.

Mr Kelly said due to increasing livestock prices, agents' commission was more significant than it was two or three years ago.

"Agents might have been making $20 a head commission a couple of years ago.

"On those prices, the same beast today would make $33.

"But the agents are still paying 95 cents."

Mr Kelly said in his view the agents were not "pulling their weight" in terms of charges.

Mr Armitage said he remembers the long droughts and also when sheep were worth next to nothing.

"It was cheaper to send them direct to the abattoir than through saleyards because our licence fee was too high," he said.

There are 14 licensed agents who operate at the saleyards.

Councillor Greg Matthews said he had seen costs going back onto the producer.

"It has been my experience that agents pay for nothing; they just pass it on to whoever they can, a bit like real estate agents."

The committee resolved for council's director of corporate development Ken Rogers to review the charges of those who operate at the saleyards.