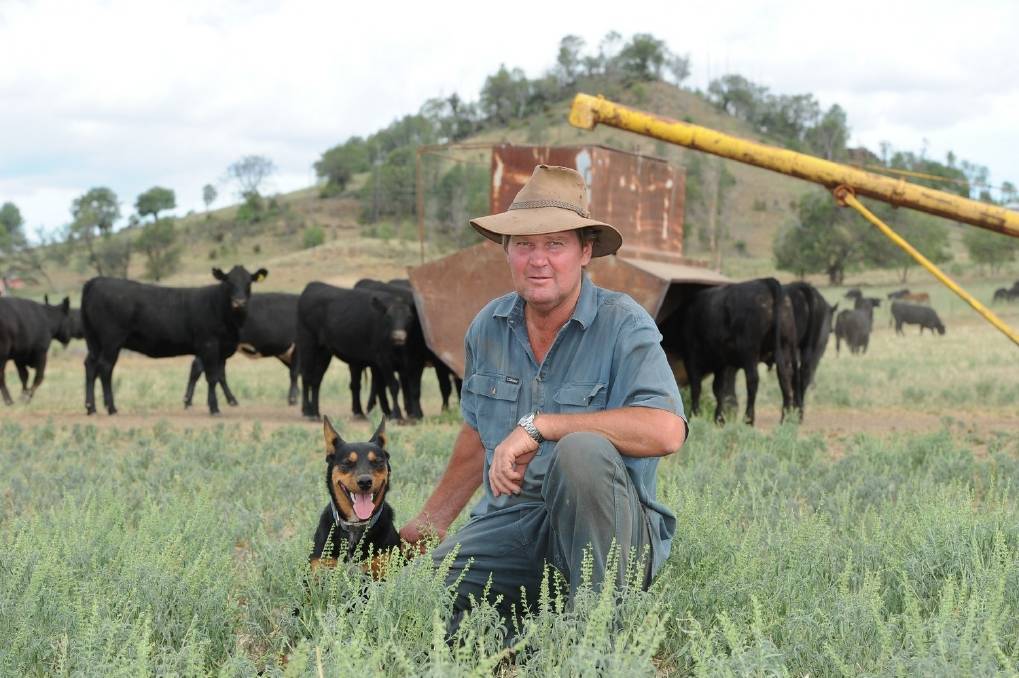 PRICES look likely to remain steady in the young cattle market in the short term despite a recent fall from near-record highs, but the longer term trend will hinge on rainfall.

PRICES look likely to remain steady in the young cattle market in the short term despite a recent fall from near-record highs, but the longer term trend will hinge on rainfall.

The Eastern Young Cattle Indicator (EYCI), while still very high, has fallen in the past month and on Tuesday night sat at 427.25 cents a kilogram (carcase weight).

"Prices came back a little bit, but not so much that producers held back stock," said Mercardo analyst Augusto Semmelroth.

The EYCI is now at a "turning point", swinging from a northern-dominated market.

"Prices in the north normally come down at the end of the wet season and demand for cattle shifts south.

"We need a good autumn break in the south for prices to go up again.

"The end of the wet season in the north might deliver some rain, but not enough to trigger a massive rally in prices."

Despite a small fall, exports prices remain at near-record levels for beef to the US driven by the low Australian dollar and strong demand.

Meat and Livestock Australia said the US was Australia's largest export destination, taking 37,822 tonnes (shipped weight) in February, up 60pc year-on-year but short of the monthly record of 47,238t recorded in September 2014.

He said a different set of drivers were behind this year's lift compared with the previous high of 2011 - when the EYCI hit 428c/kg.

"Then it was tight supply and a high Aussie dollar that meant demand was high," he said.

"This time supply is through the roof, being driven by demand from lotfeeders and beef exporters."

"That sniff of rain we had across the country in January was catalyst for prices to jump," Mr Thomas said.

"There is no reason at this stage demand (from feedlots) won't continue for the rest of the year."

However, continued dry conditions will build pressure on prices, he said.

"Next month is crucial for northern Australia, especially to get the good body of feed for the wet season and a good autumn break in the south will help prices, like it did last year."

"If we get a good fall of rain, producers will be looking to buy cattle - we will see some high prices for good quality and finished cattle," he said.

"But unfortunately the season will dictate what will happen from here on in."

On the hop at Baradine

BARADINE producer Greg McGlashan (pictured above with his dog Poppy), recently carted about 26 head to Tamworth for sale into the domestic market and plans to sell down his herd in coming weeks.

Mr McGlashan, "The Valleys", was hopeful the price for young cattle would maintain its solid run and didn't see oversupply as a problem.

"I think the high prices will hang around, and I don't think there are many cattle left around here," he said.

But a complete lack of rain and tough conditions were his most pressing issue.

"There is nothing left in some paddocks here and the drier it is, the less cattle there are to sell," said Mr McGlashan, pictured 16-to 18-month-old feeder steers and heifers.

"Also, I'm worried about the grasshoppers that have moved through.

"They've hit my paddocks and I've nearly run out of feed.

"A break would be good, but I'm not sure if it will come."