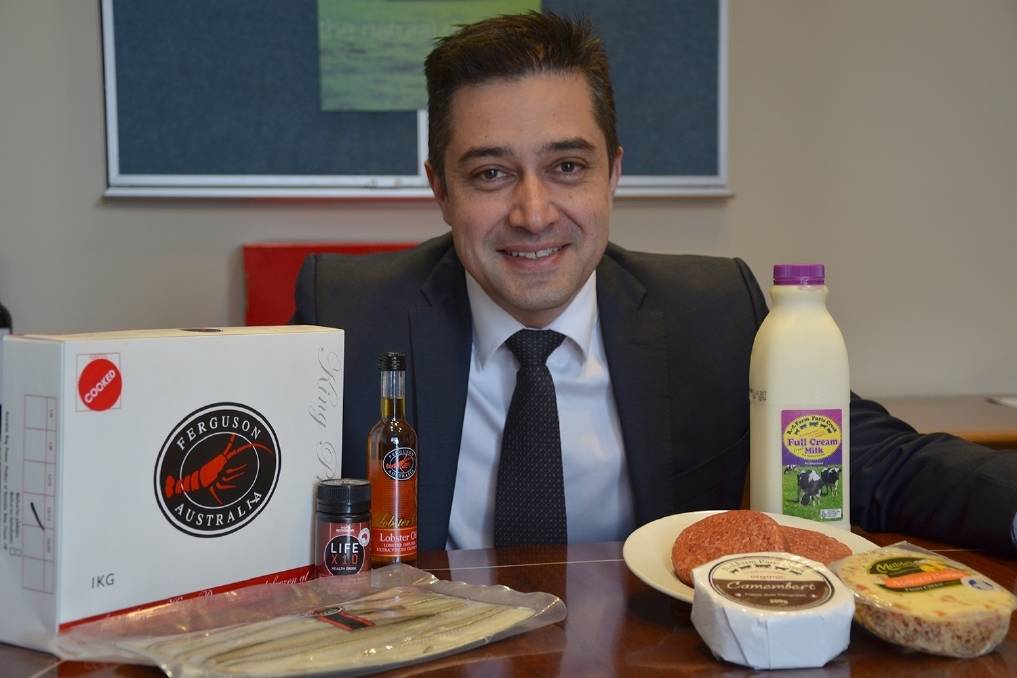 THE investment sector is savouring the prospect of another export food chain business listing on the ASX.

In recent months it has expanded to include beef processing ties in Victoria, two mainstream dairy factories and several dairy farms and buying into a specialist food ingredients and research business in Sydney.

Dr Sexton, a one-time Australian Bureau of Agricultural Economics economist and director of the Industries Assistance Commission has led a two-year push to establish the company, drawing on his own trade relationships in Asia and the investment experience of his Beston Pacific Asset Management company.

Beston Global first tested investors' appetites in February, seeking and receiving $22.4 million in a private capital raising which funded its 26.5 per cent holding in the Paris Creek bio-dynamic dairy farm processing business in the Adelaide Hills, plus a 35 per cent purchase of Ferguson Australia's lobster and seafood harvesting and processing business, and the $2.1m purchase of a 170 hectare dairy milking 347 cows at Wellington, south east of Adelaide.

Its next step is to use up to $130m raised in this month's ASX float to further diversify its food footprint with a $3.5m, or 40pc, stake in the Paterson family's meat processing and food services business Scorpio Foods.

Scorpio produces frozen and cooked red meat, pork and poultry products for the domestic and export market from Victorian plants at Colac and Shepparton, including burger patties, Italian sausages and 95pc of the meat used in Australian baby foods.

Beston's dairy activities will also ramp up considerably next month following its agreement to buy the United Dairy Power (UDP) processing plants at Murray Bridge and Jervois for just $4.5m once the ASX listing is completed.

The mothballed sites, originally part of the Dairy Farmers group, were key assets in a $70m UDP sale to Hong Kong's Five Star United Food early last year, but were soon back on the market after the new Chinese owners went into receivership in Australia last November.

Beston chief executive officer Sean Ebert said his company had already organised with suppliers and the former UDP management committee to have the Murray Bridge plant back producing cheddar by early September and a return to whey powder production from the Jervois site.

Neptune, another partner company set to receive a capital injection after next week's ASX float, has research and processing connections in Brunei from where it will be involved in exporting branded halal food products to Muslim countries.

Back in SA at Mount Gambier, Beston is also in the throes of buying one of the state's largest dairy farms, the 1230ha "Pedra Branca" aggregation worth $19.2m which runs more than 1500 cows and will be leased back to its former owners, the Doman family.

Mr Ebert said 25m litres of milk from the three district farms would be redirected to the newly acquired Murray Bridge factory, while the overall dairy agenda was to lift productivity at all its farms and begin a conversion to organic status at "Weneeda" and "Kurleah".

"Our model is to try to build productivity. We want to fund opportunities for them to grow their milk production and value," he said.

"Murray Bridge and Jervois were processing 110m litres a year until recently .

"We'd think there's plenty of potential to boost SA's dairy output as we make use of other suppliers for about 70pc of our requirements to build a broader market position with our Beston Pure Foods brand."

Tapping in to Asian networks

BESTON Global Food Companies's various food export lines will make use of a network of sales and distribution contacts built up by chairman Roger Sexton, particularly in China, Vietnam and Thailand.

These include Chinese distributor the Dalian Australian Food Expo Company, which services about 7000 retail outlets and has recently been acquired by Beston, plus a big retailer, Dashang Group which has 200 department stores, a $60b annual turnover, and now also owns a 15pc stake in Beston.

In Thailand another subsidiary will market locally and distribute food lines to neighbouring Asian markets, while in Vietnam Beston has an arrangement with large sugar and food distribution business Nghia Ahn and more arrangements in the pipeline.

Beston has worked hard to convince potential shareholders of the value of its Asian connections, predicting it will generate about $70m revenue in 2015-16 and a net profit of about $9.1m, paying a 1.5 cent dividend.

"Retailers in Asia are very conscious of brand and country-of-origin counterfeiting issues - they want customers to get exactly what they're paying good money for," he said.

Beston's share float will give the company an implied market capitalisation of about $157m.

It comes at a busy time in the food sector, close behind a $450m capital raising by local dairy giant Murray Goulburn and the $600m float of 75 per cent of Costa Group's horticulture production and marketing activities.

SunRice is also seeking shareholder support for a capital restructure and float of an investor trust on the ASX.