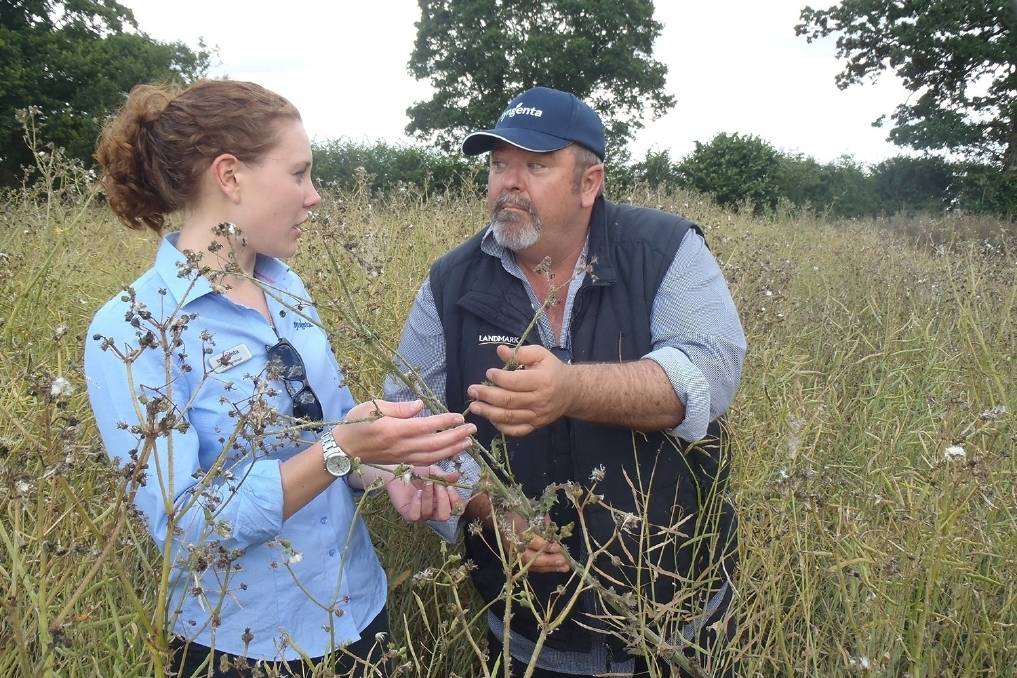 THE crop protection industry is praising Australian regulatory commonsense as European canola production plummets this year, courtesy of a populist political decision to ban a seed dressing widely used to protect the young oilseed crop and cereals from insect attack.

The current European Union oilseed rape harvest is expected to be down about seven per cent.

The UK is likely to be among the countries worst hit by the 2014 European Commission's "precautionary ban" on neonicotinoids which are arguably the world's most widely used insecticide family.

"Neonic" products have a chemical make up similar to nicotine and have been used since the 1990s, mostly in low concentration seed coatings.

Bayer CropScience and Syngenta brand names common to the farm and garden market include Confidor, Gaucho and Cruiser, but the companies became the focus of a vehement environmental campaign which blamed neonics for an apparent decline in European bee numbers.

One minister in David Cameron's UK government reportedly received 85,000 emails denouncing the administration's attempted opposition to the EU ban in 2013.

Some parts of Britain are expecting to lose as much as 40pc of their potential canola production (worth about $1.4 billion last year) thanks largely to the lack of control options against cabbage stem flea beetle which lives in hedgerows and moves into germinating crops to chews off the cotyledon as it emerges.

Resistance is also widespread among aphids which spread turnip yellows virus in canola and other brassica crops.

Cambridgeshire graingrower Russell McKenzie at Huntingdon, who grows 750 hectares of crops including 200ha of canola, said some farmers had sprayed pyrethroids and other insecticides five to nine times without achieving proper protection.

He was therefore cautiously welcoming an "emergency" regulatory decision in the past few weeks exempting the counties of Cambridgeshire, Bedford, Hertfordshire and Suffolk from the bans (subject to tight usage conditions) when next season's crops are sown in coming months.

Significant opportunities to promote sustainable crop management using minimal chemical product at a highly effective stage in the protection cycle had been by-passed.

"Environmentally the old products are still fine, but these regulations have effectively pushed farmers to use more grams of active ingredient compared with what they used when they had a seed treatment option," said Mr Guthrie, who began his career in Australia.

"And it has to be sprayed, so you end up with stuff moving between plant rows or the chance of drift into neighbouring fields."

The European ban was an "acute real life example of the absence of sound science driving decision making at a political level" - and a warning to other countries which might take their lead on environmental issues from Europe.

Interestingly he said Nordic states, which encouraged the European neonicotinoid moratorium and were known for the strong environmental forces within their political ranks, had also been notable for applying for concessions against the bans.

"Unfortunately the ban has not resulted in any apparent decline in problems associated with European bee populations, yet in Australia, where neonics use has continued after careful consideration by regulatory authorities, there's no evidence of bee colony collapse," Mr Guthrie said.

Australian Croplife executive director, Matthew Cossey, said while environmental activists had argued the bans affected just one chemical option, they interfered with the whole integrated pest management regime which extended the judicious use of proven products and avoided resistance build up in pest populations.

He praised the Australian Pesticides and Veterinary Medicines Authority for independently assessing the case for a neonicotinoid ban and standing up for its continued use.

"The Australian system is very robust," he said.

"The regulator has a legal obligation to talk about and examine all the product data, without influence from outside agendas, including environmental activists who use lack of community knowledge about farming and chemistry to fuel their campaigns."

Mr Cossey said the EU bans followed claims by French scientist Mickael Henry who now conceded his experiments may have overdosed bees with neonics, and he had "no real clues" how much insecticide bees encountered in the field.

Back in the UK Mr McKenzie said bees and neonics were still emotive topics and as public perception contributed to the ban decision, "rather than the limited available data", farmers must be seen stringently adhering to the rules if they were allowed exemption to use products later this year.

"We'll have to show how important this chemistry is and what can be achieved if it's handled properly."