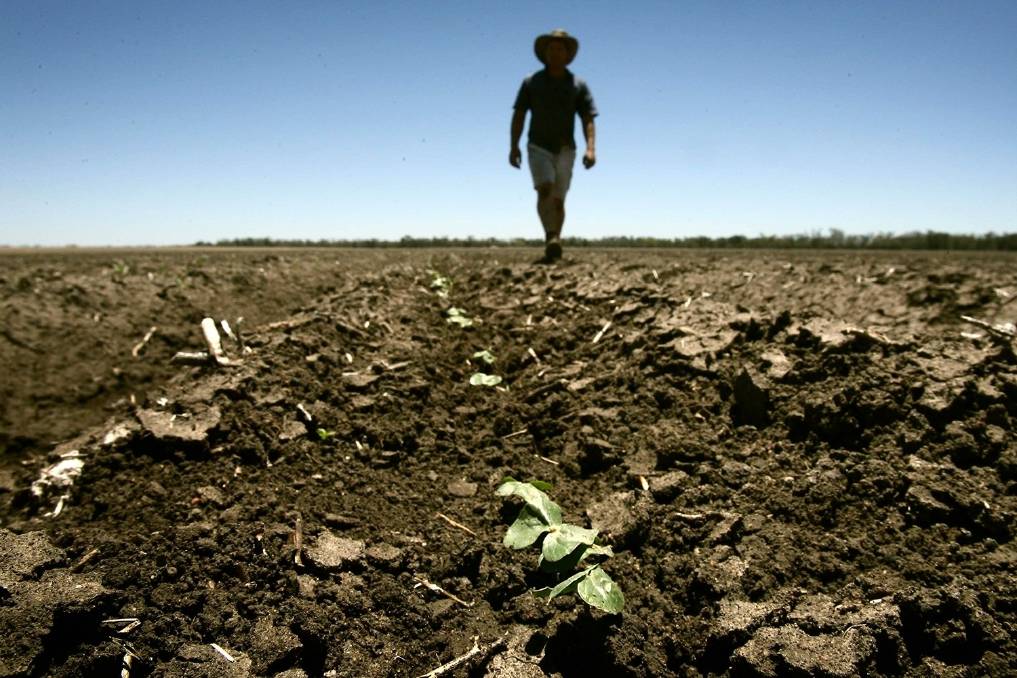 FURORE has erupted over a letter sent by 11 farmers, warning the Liberal party against delaying global action on climate change.

FURORE has erupted over a letter sent by 11 farmers, warning the Liberal party against delaying global action on climate change and to further examine scientific evidence.

But the group’s actions have raised concerns about the potential use of agricultural levies to conduct political lobbying on highly sensitive issues like climate change policy.

The group’s controversial letter opposed a motion at the Liberal party’s federal council meeting in Melbourne at the weekend, moved by its regional and rural committee, chaired by Western Australian farmer Brian Mayfield.

The motion called for the federal government to establish a House of Representatives committee to examine the scientific evidence that underpins the “man-made global warming theory”.

It also urged the proposed committee to investigate “the reasons for the failure of computer models, the Intergovernmental Panel on Climate Change (IPCC) and prominent individuals to predict, amongst other things, the pause in global warming this century”.

It also said, in light of the uncertainty around this issue, Australia should not sign any binding agreement at the United Nations climate change conference in Paris, to be held later this year.

Ahead of the Liberal conference, a one-page website was established via the World Wildlife Fund’s (WWF) Earth Hour program to help promote the farmers’ letter and highlight concerns about the Liberal party’s motion.

The letter said: “Aussie farmers are on the front line of rising temperatures and more extreme weather so global warming is a priority issue for rural, regional and remote Australia”.

“A strong target to cut carbon pollution, a transition plan away from coal and gas towards renewable energy, and a strong deal at the UN climate talks in Paris this December are all in the interests of Aussie farmers and our families,” it said.

“We as Aussie farmers call on the Liberal Party conference to reject the motion put by the regional and rural committee of the Liberal Party questioning the basis of climate science, and instead call for post-2020 targets to cut carbon pollution that are in line with scientists’ recommendations of at least 40 per cent by 2025, and at least 60 per cent by 2030 over 2000 pollution levels.”

Something wrong with the science

Mr Mayfield told Fairfax Media the climate change motion wasn’t debated at the weekend, as the Liberal federal council referred it to the party’s advisory committee on federal policy.

“We now have had 25 years of hindsight since the first IPCC report came out in 1990, together with many years since other predictions were made,” he said.

“It is clear now that global warming, sea level rise and reduction in ice and snow is not happening on the scale that was predicted by many.

“For example, the rise in temperature over 25 years has been below the IPCC's lowest 1990 estimate and if their prediction was based on science then the logical answer is that there is something wrong with the science or it has been misinterpreted.

“We, the federal regional and rural committee, would like to see a committee established to examine this issue.”

Mr Mayfield said he was aware a letter had been written by a group of farmers but had not seen it and that the WWF had sponsored a website to promote the letter.

He said there appeared to be a loose affiliation with WWF and was concerned that some of the farmers who were party to the letter were also part of the Climate Champion program that’s funded partly by compulsory farmer levies, via their respective research institutions.

“The Climate Champion program's website seems to delve into future climate predictions and refers to the United Nations IPCC reports,” he said.

“I don't have a problem with research into managing climate variability as we do farm in the land of ‘droughts and flooding rains’.

“We have always had droughts, floods and frosts and always will, and research into adapting to that should be the beginning and end of their charter.”

Earth Hour national manager Anna Rose said the “passionate group of farmers” took the lead on the issue while her organisation helped build the website “cheaply and quickly” on Thursday, before the conference.

She said the website only cost a few hundred dollars to design and implement but did not involve using any levy funds, despite three of the 11 farmers also being on the managing climate variation Climate Champion program operated through the Grains Research and Development Corporation (GRDC).

The program’s website says it aims to help farmers manage climate risk by “giving farmers the best climate tools, products, practices and seasonal outlooks and an understanding of how they might use that in their farm business”.

It is supported by the GRDC, Meat and Livestock Australia and Cotton Research and Development Corporation.

GRDC’s Martin Blumenthal manages the Climate Champion program and said the participating farmers wore other “hats” at other times but were not entitled to use the program’s official title for political lobbying, given the levy funds also involve matching federal government contributions.

Mr Blumenthal said the program was funded through to the end of June 2016 and one of its outcomes was to help improve participants’ communication skills to help extend research to other farmers.

One of the 11 farmers who sent the letter to the Liberal party - NSW Young Farmers chair Josh Gilbert – said it contained 187 signatures at the time of the conference and 291, as of Monday.

“The letter we provided will show that farmers are serious about climate change,” the mid-NSW north coast beef cattle producer said.

Another signatory, Victorian dairy farmer Marian Macdonald, said it was good news that the Liberal Party didn’t vote on the motion at the weekend’s conference, instead referring it to a committee, regarding that as a “win”.

Ms Macdonald said not all farmers are climate change “deniers”.

NSW dairy farmer Lynne Strong is a Climate Champion participant and also promoted the letter sent to the Liberal conference, saying: “Acknowledging climate change is real is the right thing to do”.

Levies in the mix

Irrespective of individual views on climate change, governments should not be involved, he said.

Senator Leyonhjelm was instrumental in instigating a Senate inquiry into agricultural levies, a report for which will be handed down this week. He has long called for greater transparency and accountability within the system.

Any “suspicion” levies are being used for political purposes was “of genuine concern”, Senator Leyonhjelm said.

“I think levies should be strictly used for programs that increase farm productivity and not used for climate change related issues,” he said.

“GRDC is already one of the most criticised levy recipients, especially in WA where they’ve been accused of being out of touch with growers.

“This is likely to inflame those sentiments and I suspect renew calls for change there.”

National Farmers' Federation (NFF) natural resource management committee chair Gerry Leach said there was a wide divergence of views amongst the farm sector about the science of climate change.

Mr Leach said the NFF’s focus has been on ensuring the correct policy settings are in place to ensure Australia’s farm sector isn’t disadvantaged by government policies aimed at mitigating climate change outcomes.

He said he didn’t have any concerns about the use of levy funds to back the Climate Champions program.

“There’s great divergence in the farm sector about climate change and that’s interesting given that farmers work closer to the issues than any other sector of our society, other than perhaps meteorologists,” he said.

Mr Leach said the NFF was talking to the government directly about the policies and positions it’s going to take to the UN climate change conference in Paris.

He said historically, Australian farmers have been reducing the level of greenhouse gas emissions per unit of production, while increasing production.

“The dairy industry is a good example of a sector of the farm industry which has, over many decades, significantly reduced the amount of emissions per litre of milk produced and they’re now reducing that even further by reducing methane,” he said.

“The world’s in awful trouble if we have to reduce food production or at worst shut it down.”

A report on the Climate Champions program published in November 2012 said investment in the initiative - that started in 2009 - funds and supports 34 farmers to “take a role in improving communication with other Australian farmers on climate risk management”.

It said the total investment of $1.09 million would produce total gross benefits of $3.14m, providing a net present value of $2.05m.

“The average annual investment in each champion of about $8000 covers their training, media support, and an honorarium recognising their time input,” it said.

“Empowering enthusiastic farmers to take a prominent role in communication recognises that other farmers are generally recognised as the main source of information for farmers undertaking practice change.

“The program operates in an environment where there are conflicting and contentious views on climate change and where there has been a decade of exceptional climate variability.

“The program has given high priority to media activity to create awareness of how farmers are taking practical steps to adapt to climate risks.”