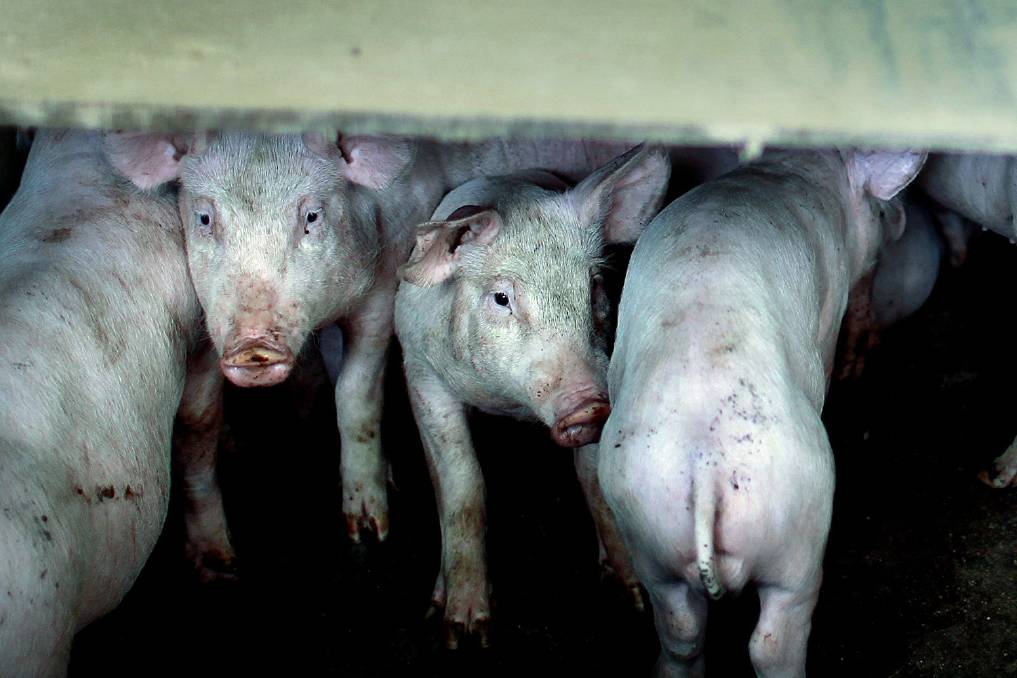 The RSPCA would like to see CCTV monitoring in livestock production facilities like piggeries - but not in their own shelters.

RSPCA AUSTRALIA demands higher animal welfare transparency standards from livestock industries than it does of itself, says Senator David Leyonhjelm.

During questioning, RSPCA policy officer Jed Goodfellow was pushed by Senator Leyonhjelm about demands of the livestock industry to be transparent on animal welfare practices.

Mr Goodfellow said livestock industries had many different options available to them to increase openness, including use of CCTV monitoring.

“We are aware of some examples where CCTV vision has been broadcast on the internet so consumers can actually view the conditions on-farm in real time,” he said.

“That is one option - transparency can also be improved through labelling.

“The RSPCA Approved Farming Scheme is one such example where we have a stringent assessment process.”

He said the Australian Veterinary Association had also suggested the proposed laws will be ineffective and the “proper way to go” to protect animals was to invest in state-based law enforcement authorities to ensure compliance-based monitoring programs.

“Indeed, that improvement in regulatory effectiveness may very well increase the confidence that people have in the government's performance in this area - and may very well reduce the degree of private investigations that we are seeing now,” he said.

Mr Goodfellow said “private investigations” were prompted by a view that “these particular animal use industries are not being open and transparent about their operating environments”.

“I noted that in the National Farmers' Federation (NFF) submission that they state that transparency and openness of operations is key to building consumer and community trust in their businesses,” he said.

“The RSPCA certainly suggests that that is where we need to focus our efforts and invest in those sorts of arrangements.”

Senator Leyonhjelm asked if the RSPCA was itself open and transparent, to which Mr Goodfellow replied, “Yes, it is”.

However, when questioned Mr Goodfellow said he was not aware if the RSPCA had CCTV in places where they euthanase unwanted dogs and cats.

Mr Goodfellow said he understood the RSPCA did not have CCTV in all its shelters, but those facilities are open to the public.

“People are not consuming dead dogs and cats,” he said.

“There is a consumer issue here, and that is at the heart (of animal welfare).”

In supporting the Bill’s intent to avoid delays in reporting animal cruelty to authorities, NFF deputy chief executive Tony Mahar said his group believed “no-one should be above the law”.

“Farmers must conduct their business in accordance with the law and it is only fair and equitable that other members of the community should act lawfully as well,” he said.

Mr Mahar said the Australian farming community had no tolerance for animal cruelty and “any suggestion to the contrary is false”.

“The livelihood of farmers is totally dependent on producing high quality food and fibre products and high quality product demands healthy animals and excellence in animal care,” he said.

“Farmers understand better than anyone the crucial importance of high standards of care for each and every animal on the farm.

“The issue of how animals are treated is very important, but it must be agitated in a lawful way.

“Actions that are outside the law cannot be and should not be supported either by the Senate or the broader community.”

Mr Mahar said the NFF was of the view the Bill “protects people and property from wilful damage, threats, intimidation and harassment”.

“It should not be necessary to have these laws, but unfortunately it is because certain activists take laws into their own hands,” he said.

“The NFF strongly supports the stated intention of the Bill, to ensure that animals are protected against further unnecessary cruelty caused by any delays in reporting evidence or the recording of malicious cruelty to animals.

“The NFF is of the view that the Bill does not preclude any individual from lawfully pursuing a cause.

“If an organisation or an individual wishes to raise a concern then they should use every course available to do so, as long as it does not break the law.

“The suggestion that the Bill does anything other than that is naive and ill-informed at best, and propaganda and poppycock at worst.

“In fact, the view is that the current Bill will extend the legal guardianship of animals beyond the owner's duty of care.”

Senator Back’s legislation was tabled in February resulting in an inquiry by the Senate Rural and Regional Affairs and Transport Legislation Committee. As of last week, the, inquiry had received 810 public submissions and is due to report on May 29.