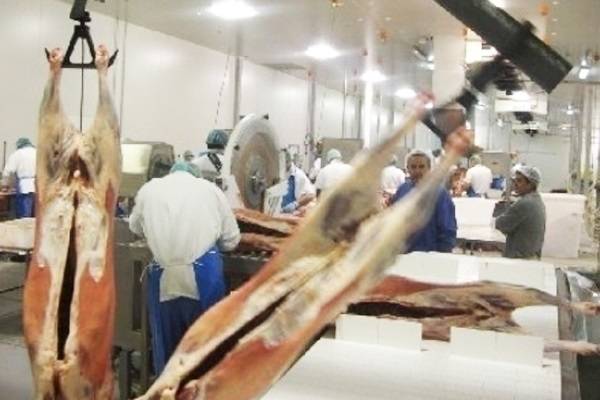 THE National Sheep Health Monitoring Project has begun providing information on diseases and conditions detected on the slaughter floor.

THE National Sheep Health Monitoring Project has begun providing information on diseases and conditions detected on the slaughter floor.

Improvements in sheep health, increased profits and farm productivity are expected to follow.

In NSW, feedback will be provided, when available, from Gundagai, Cootamundra and Cowra, and in Victoria, from JBS Australia, Brooklyn, MC Herds, Geelong, Midfield Meats, Warnambool and Ararat Meat Exports.

The industry-funded enhanced abattoir surveillance monitoring has provided SA sheep producers with feedback from the slaughter floor at two export abattoirs since 2007 – Thomas Foods International at Murray Bridge, and Lobethal.

Although the enhanced abattoir surveillance is part of the National Sheep Health Monitoring Project, feedback to producers for conditions other than Ovine Johnes Disease has not been available outside of SA.

She said the data generated was also being used at an industry level for research.

Dr Matthews, who was a key speaker at the Australian White Suffolk Conference at Nuriootpa, SA, on February 16-17, said diseases and conditions monitored may impact the producer on-farm, on the abattoir slaughter floor, or both.

“At the abattoir, carcases may be trimmed, downgraded or condemned and there are penalties of cents per kilogram in the case of grass seeds.

“Some of the conditions monitored may not have a direct impact to on-farm sheep health, but are creating waste on the slaughter floor and is a cost to industry.

“On the slaughter floor, meat inspectors are asked to report the percentage of a line affected by a disease or condition, starting from five per cent, and in five per cent increments.’’

Details are entered on an electronic data-base on the slaughter floor then emailed to the Department of Primary Industries and Regions SA.

“Where problems are detected, letters are sent to producers when stock has been directly consigned to the abattoir, as opposed to saleyard consignment,’’ Dr Matthews said.

“Grass seeds are the biggest cost to industry as the impacts are seen on farm and at the abattoir,’’ Dr Matthews said.

“Processing costs are increased due to factors such as the chain needing to be slowed, and extra labour is often required for trimming and any grass seed contamination is unacceptable to export markets.’’