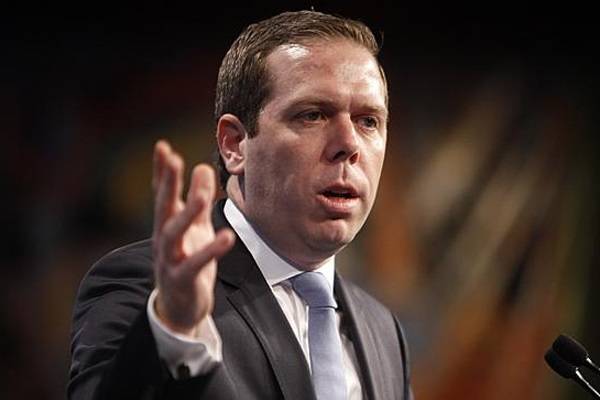 UNION leader Paul Howes will blast Labor, the Coalition and the Greens for siding with “extremist” landholders and others who are fighting coal seam gas extraction, saying the political parties owe it to the nation at large to exploit its resources.

UNION leader Paul Howes will blast Labor, the Coalition and the Greens for siding with “extremist” landholders and others who are fighting coal seam gas extraction, saying the political parties owe it to the nation at large to exploit its resources.

Mr Howes, national secretary of the Australian Workers’ Union, will also advance the long-standing call of unions and industry groups for a domestic gas reserve to secure a low-price and long-term gas supply for domestic and business use, The Australian Financial Review reports.

In a speech to the Energy Networks Association on Wednesday, Mr Howes will criticise Tony Abbott and NSW Labor leader John Robertson for offering false hope to farmers who oppose CSG mining on their land and will call on the Gillard government to show leadership and “political bravery’’ on the issue. Due largely to environmental concerns, coal seam gas exploration is one of the most volatile political issues on the east coast.

Recently, Mr Abbott and his resources spokesman, Ian Macfarlane, have empathised with farmers.

“Miners should not go on to farms if they’re not wanted,’’ Mr Abbott said last week. “It’s very wrong and they shouldn’t be going onto land where the relevant land owners don’t want them. And it is as simple as that.’’

Mr Howes will say Mr Abbott is essentially pledging to overturn the doctrine of tenure which grants to the Crown the interests in petroleum and minerals beneath the ground.

“The reason it has been left pretty much unmolested for over 200 years in this country is because it makes complete sense,’’ he will say.

“The interests of all Australians who benefit from exploitation of subsurface resources like gas trumps the interests of a small number who hold a freehold interest on the top layer.

“When you get horseshoe politics – the extreme left and the extreme right close together in an alliance – it is a bad sign.’’

Mr Howes will say it is “a deeply worrying state of affairs’’ when an alternative prime minister “is apparently willing to buy the arguments of this extremist fringe’’.

He will say the Labor Party is not much better because it “has shown a lack of political bravery by declining to get in there and gets the facts straight’’.

“They have been content to let the Greens and the Nationals and everyone else with a vested interest spread fear, not to mention incredibly dangerous policy thought-bubbles, while doing nothing to balance the debate,’’ he will say. In the speech Mr Howe singles out for criticism the NSW state Opposition for supporting the anti-CSG movement and calls on federal Labor to do more.

“Backing a small group of self-interested landholders over the needs of the overwhelming majority is not a true Labor position,’’ he will say.

“What we really need is for the federal Labor government to be taking a real leadership position on this. They cannot continue to vacillate on this issue.’’ Mr Howes will say that expensive gas prices are doing far more damage to manufacturing than the carbon tax and “playing silly buggers with rights over CSG is a sure-fire way to ensure higher energy prices’’.

He will ramp up the argument for a domestic gas reserve to take the pressure off gas prices caused by exporting as much gas as possible.

“No other country simply allows energy companies to export gas as LNG without appropriate controls in place to secure domestic supply.’’