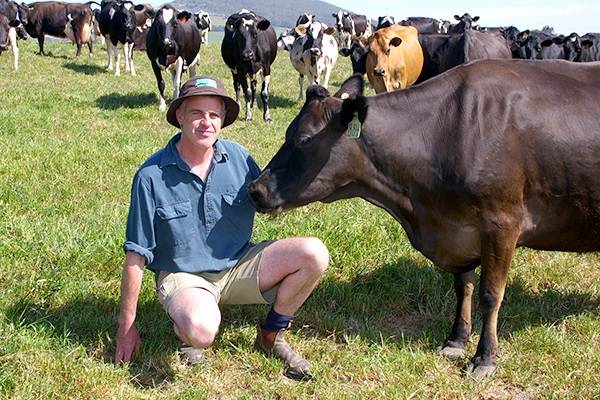 After making big productivity gains in the 1980s and '90s Australia's milk production has now dropped and flat-lined at less than 10 billion litres a year.

It wasn't just drought or supermarket price wars that were responsible according to speakers at this year's agricultural Outlook 2013.

South Gippsland dairy farmer Graeme Nicoll believed the industry had become worryingly inward-looking as our high dollar and challenging export conditions forced farmers, and many processors, to batten down the hatches and focus on survival strategies rather than new competitive opportunities.

Across the Tasman, meanwhile, New Zealand milk production had shot ahead in the past decade to now double the output of Australia, despite both nations producing similar volumes in the 1990s.

He said Australian herd fertility and milking performance gains were struggling because the industry focused on breeding Formula One cows for a four-wheel-drive environment.

New US research from the University of Minnesota also supported crossbreds.

Holstein-Montbeliarde crosses were lasting longer as productive milkers than typical Holstein herds and delivering about 50 per cent more profit over their lifetime.

Other non-conventional crosses were 25 to 45pc more profitable in a trial comparing almost 1500 cows.

Mr Nicoll, whose family's 300-cow farm near Wilson's Promontory has three-way crosses with Montbeliarde and Aussie Red backgrounds said hybrid vigour was a well-recognised profitability trait in the pork and chicken industries and could be adopted where appropriate in Australian dairying.

He said last decade's drought played an early role in eroding farmer confidence and the high dollar and high labour costs continued to make conditions "very challenging for all businesses in the dairy sector".

"But fundamentally we still have a quite sound and solid industry which basically needs to make a few significant improvements at both ends."

There was good ground to be made by the industry which despite being, on average, a more costly milk producer than NZ, still had a competitive edge over high input northern hemisphere dairying.

Mr Nicoll agreed global milk market volatility - "the new normal for our marketplace" - was frightening, but it offered plenty of opportunities if farmers kept themselves well informed and aware of the key profit drivers for their farming systems.

"But we need to focus attention away from uncontrollable factors (including the dollar) and on what we have a clear ability to shape and manage in the future," Mr Bromell said.

Higher world prices are expected to boost farmgate milk prices by 2pc in 2013-14 to average 39.4 cents a litre, but farm commodity forecasters say the strong dollar will keep hurting local dairy exporters, cutting farmgate payments to about 36c/l by 2018.

"Australia can't compete against low cost dairy producers by strictly selling the bulk commodity products which have been our mainstay exports."

Fonterra was increasingly selective about the butter, cheese and yoghurt products it produced, and where they sold, and was concentrating on higher value-added lines catering for nutrition needs.

Unparalleled demand for paediatric formula powders had seen its infant formula sales to China double in four years, partly due to innovative product responses to that market's needs.

"China is no longer an emerging market. It's arrived as the world's largest dairy product importer," Mr Bromell said.