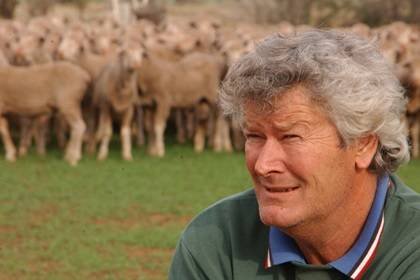 STUD sheep breeders like Leahcim’s Andrew Michael, Snowtown, are well down the road of working out how genetic and genomic technology will fit into his stud breeding business.

STUD sheep breeders like Leahcim’s Andrew Michael, Snowtown, are well down the road of working out how genetic and genomic technology will fit into his stud breeding business.

Leahcim will use juvenile in-vitro embryo transfer for the first time this year to speed-up genetic gain in their stud flock and more quickly achieve their breeding goals.

The stud has been part of the Sheep CRC’s genomics pilot project testing for the presence of the horn/poll gene in Merinos.

While the DNA testing was subsidised by the Sheep CRC for 20 of Leahcim’s Poll Merino ram lambs - to test the technology and iron out any issues before it was made commercially available - Andrew says he paid the full cost of DNA testing for an extra 20 rams, such was the value he placed on its potential.

“The genetic test for polled and horned animals will lead to significant financial savings plus easier management for Merino producers across the country,” he said.

“This should be big news for commercial producers using a dominant poll gene, particularly those in the pastoral zones who have to transport their sheep long distances, because it will mean a reduction in bruising and damage to hides.”

Andrew says when he started using genetic selection more than 25 years ago, he did not believe it was even possible to breed the type of animals the stud is now producing.

He says that 30 years ago, without genetic evaluation, the stud was making few gains but now with full pedigree data performance recording, and use of ASBVs, significant progress was being made.

“The research breeding values provided by the Sheep CRC genomic research do not replace traditional breeding systems or ASBV technology but will assist us to breed the type of sheep we want much faster,” he said.

“With genomics there is potential for every flock to meet its target for breeding the most productive and profitable sheep in the shortest time possible. If more studs used these measurements and tools, they would be amazed at what they would find out about their sheep.

“When you add genomic breeding values for hard to measure traits like intramuscular fat, tenderness and lean meat yield to our Australian sheep flock and then to our consumer’s product, the future for progressive sheep breeders will be very rewarding.

Leahcim has mated 3000 stud ewes this year and hopes to pedigree record and measure about 80pc to achieve ASBVs that have high accuracy. Ewe lambs are mated at 8 months of age with an average of 65pc pregnant and then lambing at 13 months of age.

“In our Poll Merino flock over the past 15 years we have achieved a 30pc increase in lambing percentage, a decrease in fleece micron of 5M and our carcase growth, muscle and fat traits have improved.

“Shearing is now conducted every six months and we are producing high value fleeces while achieving 70mm of staple length plus a greater staple strength on a higher valued skin.

“If you do not use genetic measurements then you don’t know enough about your animals and you just don’t make good progress.”