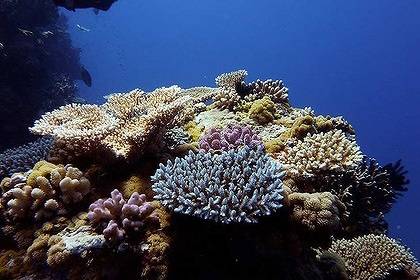 FISHERMEN who were paid millions of dollars just five years ago to change their fishing operations because of the Great Barrier Reef marine park could now be paid again to shut down altogether.

FISHERMEN who were paid millions of dollars just five years ago to change their fishing operations because of the Great Barrier Reef marine park could now be paid again to shut down altogether.

Fishing operators have told The Age they went through a difficult adjustment in 2007 and 2008 to start fishing further out from the coast, beyond the Great Barrier Reef marine park.

Now, after the government announced last week a new network of marine reserves that curb fishing in the Coral Sea, beyond the reef, they face further painful changes or possible closure.

The marine reserve network will cover 3 million square kilometres, or a third of Commonwealth waters, though only parts will ban fishing entirely.

Lyle Squire, director of Cairns Marine, which catches tropical fish, sharks and rays for pet shops, aquariums and researchers around the world, said his family company received millions of dollars in late 2007 to buy larger boats and other equipment so that it could fish in the Coral Sea after the Great Barrier Reef marine park was established.

''The ridiculous thing out of all that is not only that they've paid a bunch of money to us to relocate our business out there to the Coral Sea … but according to their own research permits, there is no question about the sustainability of our fishery. The footprint of our fishery is absolutely negligible. If we are unable to continue to afford accessing the Coral Sea, then our business will not survive in its current form,'' he said.

Environment Minister Tony Burke agreed Cairns Marine had a reputation for responsible fishing and acknowledged last week's announcement involves ''a significant adjustment'' for the company. He said his department would sit down with the firm to figure out how it could continue working.

Rob Lowden, managing director of Seafresh Australia, which catches coral trout and sea cucumbers for seafood, said his company also received assistance five years ago and would ''absolutely'' apply for funding under the new package.

''Burke might say the community wants this. Well, if they want it, they've got to pay for it. They can't expect us to bear the burden for the rest of the community.''

Queensland Liberal MP Warren Entsch said the reef park - set up by the Howard government - had hurt fishermen but the new reserves would be ''infinitely worse''.

''A lot of the people who got that $250 million were funded to buy new equipment and vessels … are going to lose their livelihoods,'' he said.