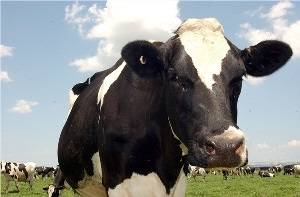 AUSTRALIA'S dairy farmers have given Dairy Australia the go-ahead to continue providing services to their industry, by voting to lift the Dairy Service Levy rate by 10 per cent.

AUSTRALIA'S dairy farmers have given Dairy Australia the go-ahead to continue providing services to their industry, by voting to lift the Dairy Service Levy rate by 10 per cent.

The levy funds a range of industry services including on-farm research and development into pasture productivity, cow productivity, management of grains and farm systems.

Other services include industry protection and promotion, issues management, market analysis, health and nutrition research and initiatives to attract, retain and develop people across the supply chain.

Dairy Australia Chairman and Bega dairy farmer, Max Roberts, said the result of the vote was a positive step forward for the industry.

President of Australian Dairy Farmers (ADF) and chairman of the Dairy Poll Advisory Committee, Chris Griffin, said the increased levy revenue will allow Dairy Australia to continue the scale of investment and services required to guarantee the future success of the dairy industry.

“We are satisfied with these numbers. There was a valid return of 50.86 per cent of the available number of votes which is an encouraging voter turnout that compares favourably to voter numbers in similar polls by other Rural Development Corporations and voting for a levy increase this time was a much harder ask for farmers than in 2007 when 32 per cent voted against maintaining the levy rate, which was the recommended option on that occasion,” Mr Roberts said.

Dairy Australia said it will forward the results of the ballot and its recommendation to increase the levy rate by 10 per cent, in line with the result, to Agriculture Minister Joe Ludwig. A formal determination will then be made as to the next levy rate.

Voting in the dairy poll was conducted between 3 February and 16 March, while 51 Dairy Poll meetings were held around the country in January and February this year.

Mr roberts thanked dairy farmers across Australia for their participation in the 2012 Dairy Poll.