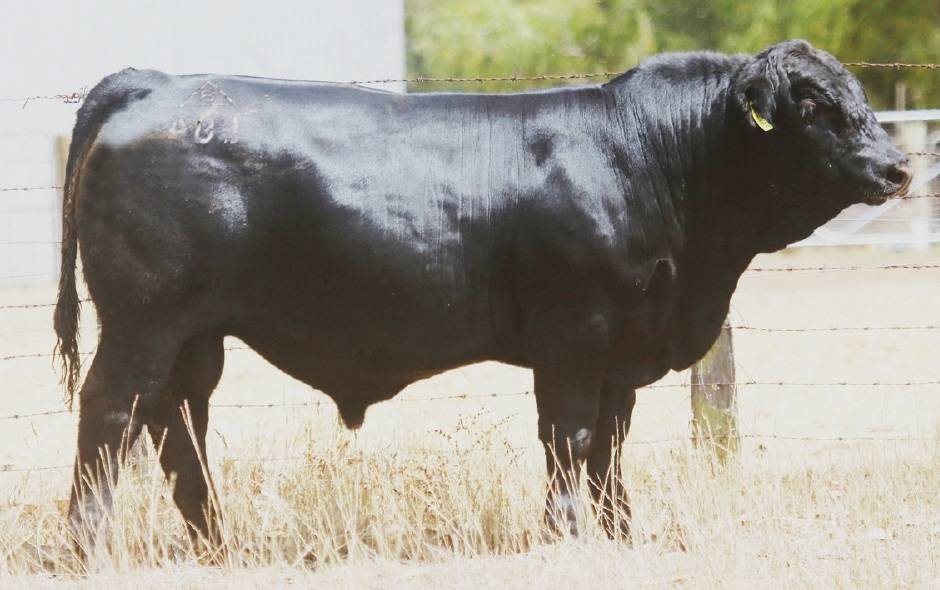 Bonnydale Augustus L84 set a new national record for a Black Simmental bull at the Bonnydale on-property sale on Monday when it sold for $24,000 to the Wombramurra Black Simmental stud, Nundle, New South Wales.

THE confidence in the beef industry was on show again on Monday when buyers pushed prices to a new national record of $24,000 for a Black Simmental bull at the Bonnydale on-property bull sale at Bridgetown.

THE confidence in the beef industry was on show again on Monday when buyers pushed prices to a new national record of $24,000 for a Black Simmental bull at the Bonnydale on-property bull sale at Bridgetown.

After some competitive bidding from around the ring the 12-month-old bull Bonnydale Augustus L84, which was catalogued in lot three, was finally knocked down to a stalwart of the breed Dick Vincent, who was bidding on behalf of the Wombramurra Black Simmental stud, Nundle, New South Wales.

With a pedigree that is designed to perform, Augustus L84 ticked all the boxes.

“He is no doubt one of the best bulls we have produced in more than 40 years of breeding Simmental cattle,” they said.

The classy, polled youngster is AI-bred by RCR Augustus R54 and out of Bonnydale Jossie G204.

The Introvignes have retained a semen share in the bull for use in their herd.

All up in the sale the Introvigne family cleared 50 of 52 bulls offered under the Elders hammer at an average of $6521.

For the full sale report see this week's Farm Weekly.