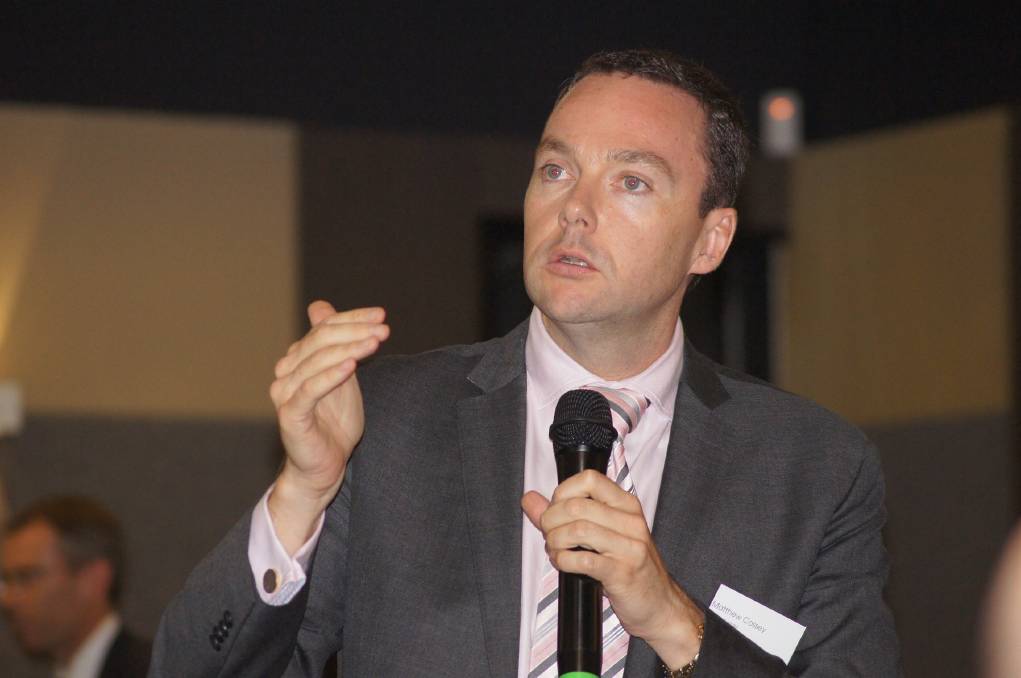 Only 52 per cent of pesticide product approvals were completed by the APVMA by the regulatory deadline, according to a report released yesterday adding to the debate about its potential relocation to Armidale.

THE Australian Pesticides and Veterinary Medicines Authority’s “abysmal” performance has increased political pressure on the government agency relocating to Armidale in northern NSW.

The report on the APVMA’s results for the first half of 2015-16 said its performance on delivering product applications within set timeframes was “lower than expected”.

It showed that only 52 per cent of pesticide product approvals were completed by the regulatory deadline while the figure was 80pc for veterinary medicines.

Earlier this month, he announced the Grains Research and Development Corporation would establish four offices outside Canberra at Dubbo, Toowoomba, Adelaide and Perth to eventually move to Northam.

The Rural Industries RDC will also shift its core operations to Wagga Wagga in NSW and the Fisheries RDC will establish a regional office in Adelaide, to be used as a model for further offices.

But Mr Joyce’s efforts to relocate the APVMA have hit staunch resistance from the National Farmers Federation and other groups that oppose the plan amid concerns expert scientific and regulatory staff would be lost during the transition.

Department Secretary Daryl Quinlivan said an independent party would be commissioned to analyse the APVMA’s move; costing about $150,000 to $200,000.

Ms Arthy said of the APVMA’s current staff numbers, about 85 to 90 were regulatory scientists while others were lawyers, compliance staff and other functions like IT.

She said she’d not gone into great detail about the “what-ifs” of the relocation impacts on the Agency’s output because she was waiting on a decision and “there is no sense speculating until we have a final decision”.

The APVMA wrote to Mr Joyce in July last year highlighting a staff survey which said of the 159 who responded and only 14 (9pc) were prepared to move to either Armidale or Toowoomba, while 35 (22pc) said ‘maybe’ and 110 (69pc) said ‘no’.

“The APVMA has been undergoing extensive reform since 2010 and stakeholders have every right to expect improved results from those reforms,” the spokesperson said.

“The minister has worked extremely hard with his Department and industry to deliver a more efficient regulator.

“This government has fixed Labor’s failed chemical re-registration policy and has provided considerable funding in an attempt to improve farmers’ access to chemicals.”

But CropLife Australia blamed Mr Joyce’s Department for the chemical watch-dog’s poor results saying it was failing to follow through with reforms to improve regulatory efficiencies.

“The innovation of new crop protection products or new uses for existing products that is core to improving productivity by Australian farmers is being stifled by a slow, inefficient and cumbersome regulatory system,” he said.

“These results are a direct consequence of the Department’s complete disregard for the impact of their previous reform agenda, developed between 2010 and 2014, on the APVMA.

“It’s about time the Department stops being an inhibitor to real efficiency reform and starts showing a similar willingness to deliver on the Minister’s own drive and commitment to regulatory efficiency.”

But Mr Joyce’s spokesperson defended the Department saying it had been “diligent, hardworking and professional” in delivering reforms while conducting extensive consultation with industry, on that agenda.

“This was welcomed by industry and we have since committed further funding and further reforms via the Agricultural Competitiveness White Paper.

“The minister and his Department will continue to work with the APVMA and industry to deliver an efficient, functioning and responsive regulator.”

CropLife have not made any public statement of a position on the AVPMA’s potential relocation - but Mr Cossey said his group believed it was a separate issue to the regulator’s performance.

“We are continuing to work with the minister and government in a constructive manner,” he said.

However, Animal Medicines Australia CEO Duncan Bremner has raised major concerns about the relocation’s impact on the APVMA’s performance, through the loss of specialised staff.

“We just simply don't see that there is going to be a net benefit of such a move,” he said last year.

In July 2014 when the ag-vet changes passed through parliament, Mr Cossey welcomed bipartisan support for the changes and said, “Now the obligation is on the regulator to also deliver efficiencies in its operations”.