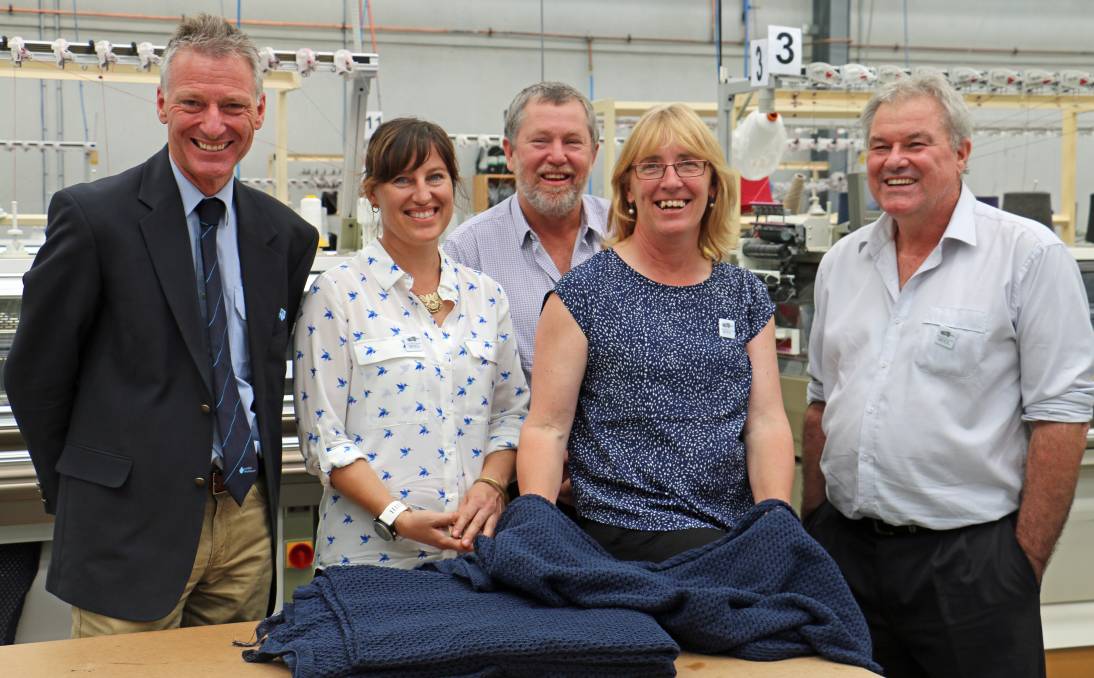 Australian Wool Network (AWN) is gearing up to quadruple manufacturing production by June following the opening of a purpose built processing plant in Victoria.

Australian Wool Network (AWN) is gearing up to quadruple manufacturing production by June following the opening of a purpose built processing plant in Victoria.

The new Hysport factory, at Carrum Downs, was commissioned in January and has increased floor space by three fold over the company’s former Seaford plant, with staff numbers grown by seven to 32.

AWN managing director John Colley said production capacity, measured by garment output, had increased by 25 per cent in the past four months, with further increases planned.

“We anticipated we would get to this level but thought it would take longer – we’ve achieved our five year plan in 18 months,” Mr Colley said.

He said attributed the retail demand to the country’s depreciating Australian dollar which had spurred major tourism growth.

“Tourists want to expose themselves to an Australian made product that represents the country,” he said.

The new facility is operating 14 machines, with the capacity to grow to 40.

Hysport manufactures garments made from pure wool and wool blends, which are marketed under the brands, MerinoSnug and Only Merino.

It uses 17.5 to 19.5 micron wool in pure wool garments while possum-blend product uses 50 per cent wool, 40 per cent possum fur and 10 per cent nylon or silk.

The first woolgrowers to supply the facility were Kangaroo Island who, at the official opening, inspected their first regionally branded pure wool garments to come off the production line, complete with a swing tag linked via a QR code to a video showcasing the island’s wool.

Mr Colley said other regional wool growing groups were due to come on board in the next six to eight months, including the Riverina and Victoria’s western districts.

“This is the process that allows us to take growers wool from the sheep’s back right through the manufacturing process to the end garment in Australia and by Australians, then marketed in retail stores right across Australia,” he said.

The company manufactures up to 72 different garments, retails at over 250 outlets across Australia and uses Australian wool yarn processed through network partners in New Zealand and Italy.

Mr Colley said clip preparation at shearing was critical to meet the manufacturing specifications, however growers would benefit from premium prices and the ability to track their wool through the supply chain.

Kangaroo Island produces 2.5 to 3 million kilograms of 15.5 to 21.5 micron wool a year, or one per cent of the nation’s total wool clip.

The producer-driven company Kangaroo Island Wool was formed in 2011 and consists of 20 grower shareholders.

“For the AWN contracts, we receive a significant premium for any wool fitting the specifications. As growers we can change our growing systems to make sure we supply wool to those specifications of 18.5-19 micron,’’ Ms Berry said.

“We are only using 12 per cent of the growers on Kangaroo Island in the shareholder group and if there is more demand for wool, over 70 per cent of island growers adhere to our codes of practice.”

Established in 1999, AWN now ranks as Australia’s third largest wool broker, marketing more than 250,000 bales of wool a year for more than 5000 growers.