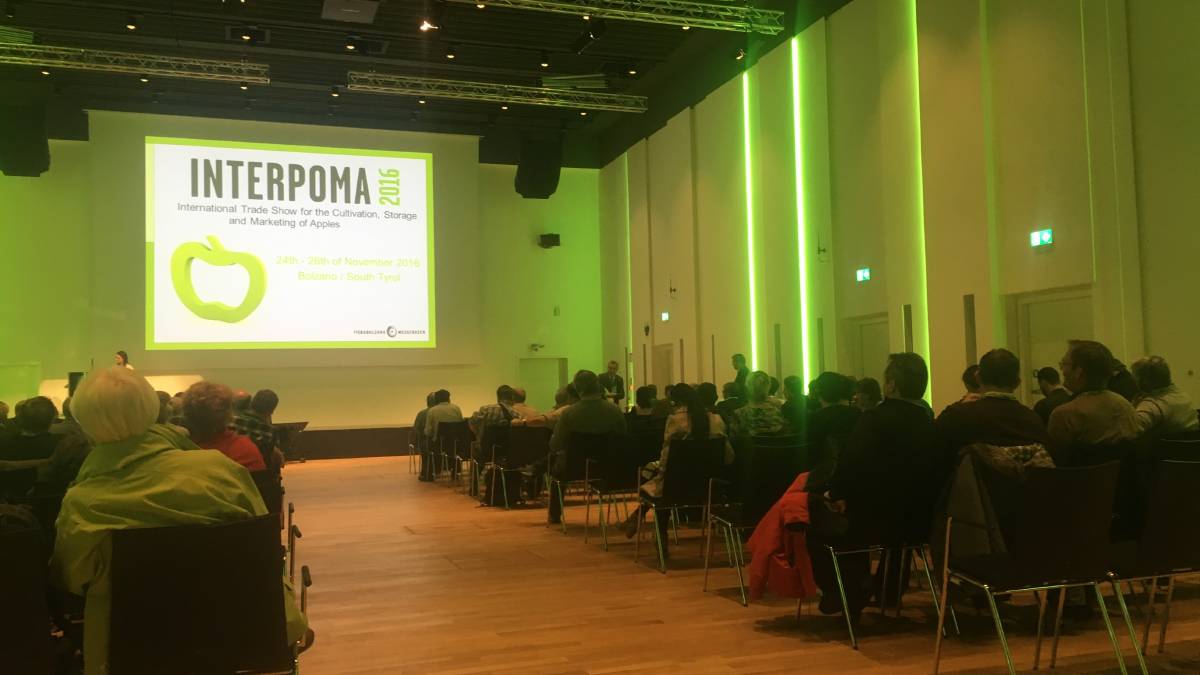 An new database on the EU fruit sector is open internationally and will help to inform and improve innovation in the sector.

AN international database on research and advancements in the European fruit sector will assist to create a “thematic network” that will inform the future directions of the industry.

The EUFRUIT project is a EU-funded program that has been in development for three years as one of 11 agricultural projects to receive funding from the government’s Horizon 2020 plan.

As part of the project, an open database of information on the European fruit sector was developed and launched online about eight months ago.

The portal and a wider overview of the EUFRUIT project was delivered to delegates at Interpoma, an international trade show on the cultivation, storage and marketing of the apple in Italy last week.

Jennifer Berger from South Tyrolean research facility Laimburg delivered the address at the conference on Saturday, the final day of Interpoma.

“Research and knowledge from the European fruit sector can be found on the database that is an open access database in several languages,” Ms Berger said.

“It will assist in the dissemination of knowledge about the European fruit sector on an international level.”

Ms Berger said the aim of the EUFRUIT project was to create what she termed a “thematic network” that established a two-way communication pathway between growers, industry and researchers.

“The EU identified that one of the big challenges it faced was an innovation gap barrier that prevents research from being successful in practice,” she said.

“There is still insufficient communication between research and practice.”

The identification of that gap, or barrier, lead to the creation of the Horizon 2020 initiative that funds projects aimed at bridging that gap. The fruit sector was named as one of the first sectors to receive funds.

Ms Berger said the fruit sector was chosen because of the unique challenges it faced, such as climate change, increased pressure on environmental sustainability and stricter environmental regulations.

She said those challenges had resulted in a fragmentation of research and knowledge and that there was not much interaction between the two.

The database is available in English and can be accessed here.

Caitlin Jarvis was a guest of the Italian Trade Agency for Interpoma, that is held in Bolzano, South Tyrol, from November 24-26.