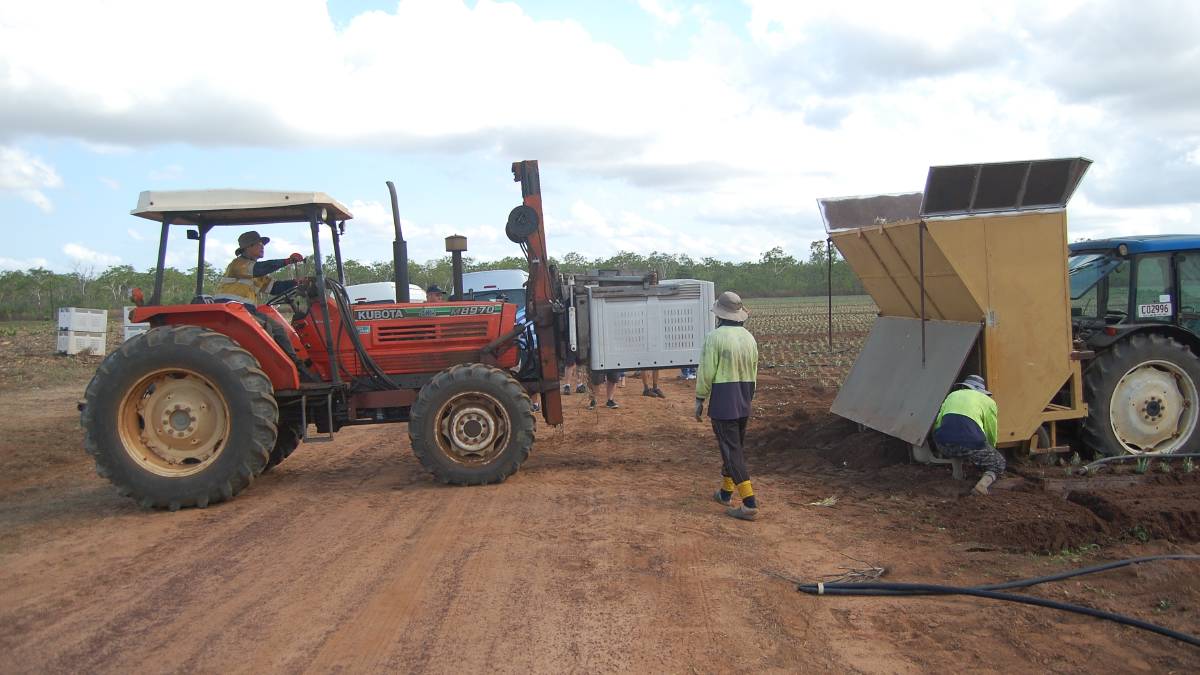 NFF wants the federal government to implement a new certification scheme to oversee labour contractors, to help crack-down on the unfair treatment of farm-workers.

THE National Farmers’ Federation (NFF) is calling on the federal government to implement a “robust and credible” industry-led certification scheme to oversee labour contractors, to help crack-down on the unfair treatment of farm-workers.

The NFF has urged the Coalition to advance the new certification scheme as one of 35 recommendations contained in its pre-budget submission handed to Treasury this week.

Improper treatment of farm workers and illegal practices in the farm-labour industry has sparked repeated negative headlines in recent years; especially those directed at contractors liaising between employers and workers.

Some of the allegations and some that have led to criminal charges have included offers of sexual favours and death threats targeting vulnerable workers - in particular working holiday makers in the horticulture sector and others using foreign visas.

The NFF’s submission ahead of the 2016-17 federal budget - that’s set to be handed down on May 9 - has recommended the Coalition government provide in-kind and financial support to develop an industry-led certification scheme for labour contractors.

NFF said most of the concern about the treatment of farm employees was connected to labour contracting practices.

“Consensus achieved at the NFF’s recent Horticulture Industry Roundtable, attended by stakeholders across government, industry and union and community groups, was based on the need for an industry-led certification scheme for labour contractors,” the submission said.

“Government can play a role in supporting industry by providing resources - both financial and in-kind - to assist in the development of a robust and credible certification scheme.”

In pushing its reasons for the recommendation, the NFF said free trade agreements and new, agriculture-focused domestic policy settings had opened up new opportunities for growth in the sector.

But capitalising on these opportunities involves ensuring enough human capital to meet demand, it said.

“This includes responding effectively to community concern about how employees are treated on farms, to promote our social license and attract more employees into Australian agriculture, both locally and from overseas,” the NFF said.

“If the community has confidence in the sector, employment can start to grow, reversing the current forecast of an overall decline of 0.9 per cent by 2018.”

The NFF also recommended the government reform the Fair Work Act 2009 in line with its submission into the Productivity Commission’s review of Australia’s workplace relations framework, while raising fears about a 15-year drop in total employment.

The pre-budget submission said agricultural labour prices had “risen sharply” since the late 1990’s and were significantly higher in Australia in comparison to the US and Canada.

Total employment in the agriculture sector has been declining for almost 15 years and was currently forecast to drop a further 0.9pc by 2018, compared to the all industries projected rate of employment growth of 7.2pc.

“Investing in new technology has allowed the sector to reduce its reliance on farm labour - but a heavy regulatory burden, coupled with the high cost of labour relative to our international competitors, means that for many farmers, the risks associated with employment can outweigh the likely benefits,” the NFF said.

“Many self-employed farmers choose to do the work themselves: in 2011, the majority of agricultural businesses had no employees at all.

“Farmers face costs at every turn because of their position at the very beginning of the supply chain.

“Every cost passed down the supply chain affects farmers’ terms of trade, with cumulative increases threatening the viability of primary production.”

The NFF said more than in other industries, small regulatory adjustments designed to make it easier to operate a business can make a large difference in overall productivity, to the farm sector.

“The challenge is to ensure that Australia’s relatively high minimum wages and conditions do not deter business investment and employment growth,” it said.

“For Australia to compete against comparable overseas markets with lower labour costs, the business environment must support innovation and responsiveness, through a skilled workforce and flexible labour regulation.”

The NFF said it supported findings in the Productivity Commission’s workplace relations review including; replacing the modern award objective; and permitting the suspension or termination of protected industrial action where it causes or threatens to cause significant economic harm.

“The government has not yet responded to those recommendations and as a result the workplace relations framework continues to hold back Australia’s economic competitiveness,” the submission said.

“In our view, the government should implement these recommendations that are in line with the NFF’s submission.

“In addition, we do not think that these recommendations went far enough and there is more to be done to ensure that Australia’s workplace relations system promotes flexibility and enables productivity growth.”

In the submission, the NFF said the agriculture, forestry and fishing sector employed approximately 323,000 employees, including owner managers (174,800) and non-managerial employees (148,300).

“Permanent employment is the main form of employment in the sector but more than 40 per cent of the employed workforce is casual.

The NFF said its overall vision was for Australian agriculture to become a $100 billion industry by 2030 and to achieve it, the sector needed regulatory and public policy settings that foster growth and productivity; innovation and ambition.

“We also need a competitive, flexible and dynamic economy,” the submission said.

“The government must create a stable macroeconomic environment that is conducive to growth.

“Australian agriculture is being held back by a lack of regional telecommunications and transport infrastructure.

“The electricity market is broken and farmers, like the rest of the community, are not getting the affordable, reliable electricity supply they need to produce enough food and fibre to satisfy growing demand.

“Added to that, interactions between federal, State and Territory energy, climate and land use policies are producing unintended consequences that threaten the viability of Australian agricultural exports.”

NFF CEO Tony Mahar said the NFF and its members had a bold vision for Australian agriculture with this year’s production valued at $60 billion, “the highest ever but we believe there is potential for even more growth”.

The NFF also said there are approximately 132,000 farm businesses in Australia of which 99pc are Australian family owned and operated.

“Each Australian farmer produces enough food to feed 600 people, 150 at home and 450 overseas - Australian farms produce around 93 per cent of the total volume of food consumed in Australia,” it said.