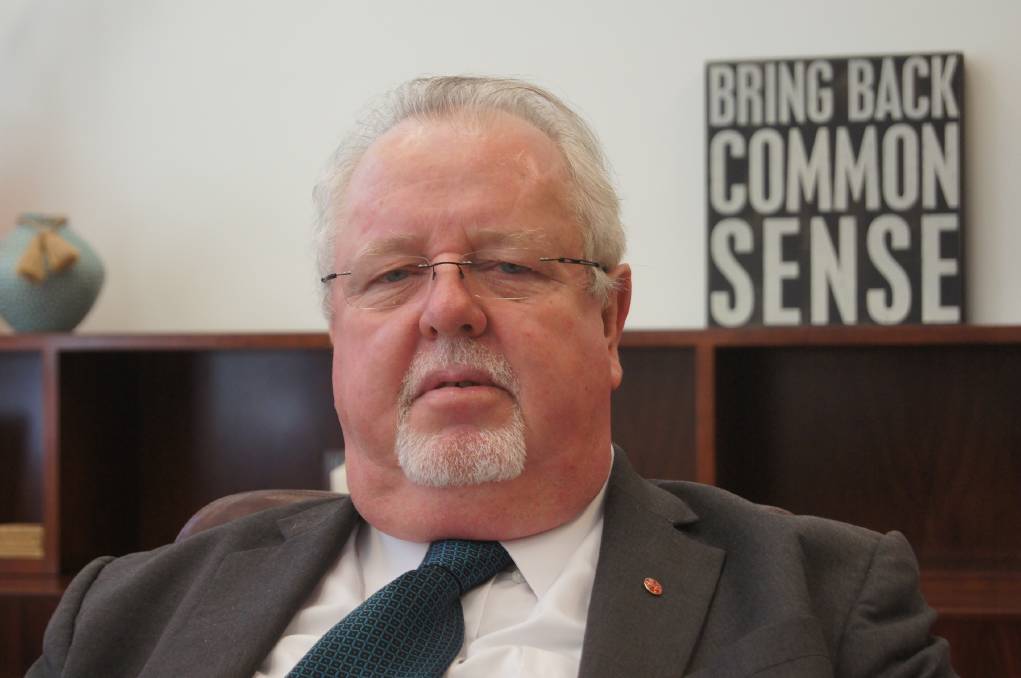 In a Senate speech yesterday, amid the background of an ongoing Senate inquiry into competition issues within the beef supply chain, Senator O’Sullivan said the beef cattle sector needed to “get on with it”.

He said he’d expressed his concerns about the stalled reform process to industry leaders in private meetings but was now ventilating his firm views publicly to jolt the sector into action to avoid government regulatory intervention.

Senator O’Sullivan said issues currently existed with the Cattle Council of Australia’s representative structure that must be addressed.

“I do not want to reflect adversely on the Cattle Council, but it is true to make the statement that they are not, in my view, sufficiently reflective of the 40 or 50-odd thousand cattle producers in this country, and they need to be,” he said.

“There are things that government needs to do to support them in the transition to being a strong peak industry body.

“They are well and truly down the path of doing that, but it is going much slower than it should.”

Senator O’Sullivan said, “We are now at about the eighth month” of the Cattle Council reforms.

“A transition body is in place, trying to agree on the finite details of how they will be funded, operated, measured and audited, but my message to them,” he said.

“I have said this privately and I will do so publicly - get on with it, get it sorted and get out there so that you can provide a very strong and cohesive voice for all the pastoralists and beef producers around the country.”

Critical decisions will be made in the near future by Senator O’Sullivan, the RRAT Committee and co-Chair and WA Labor Senator Glenn Sterle – a former truck driver.

The inquiry started in the previous parliament and survived last year’s election where many committee investigations were killed going into the new parliament and now has a reporting date of March 30 this year where it will make reform recommendations.

“Agricultural production in this country will be worth over $60 billion this year, with $12.5 billion, or about 20 per cent, coming from the beef sector,” Senator O’Sullivan said.

“It is fair to say that there are existing and emerging technologies that have not been embraced and I think everyone concedes that they would make for a much more competitive and fairer environment in the relationship between pastoralists and producers and, of course, our processing sector.

“These two sectors have a very symbiotic relationship and it will only be when they are as one in what they need to do with their industry that they will prove to be a success.

“It is one thing for us to have a Senate inquiry but… it would not be wise for the industry to leave resolutions to their problems up to a burnt-out old truck driver and a retired detective.

“The industry needs to repair these issues and to manage their own affairs without government being involved.

“They need to be urged to fix these things themselves.”

Senator O’Sullivan’s message to his government was “we need to stay out of this as long as we can whilst we encourage industry and provide them with the tools, the support and the pathway to fix the issues themselves”.

“I call upon the Cattle Council and all the other stakeholders in the negotiations in transitioning to a new cattle house to get on with the job and to get on with it soon,” he said.

“Between them, I am certain that they will be able to provide the framework and the self-regulatory environment that will take this very strong industry and make it stronger and underpin the wealth of our nation.”

Senator O’Sullivan also referred to a recent round of public meetings in Western Queensland with producers and stakeholders in the beef production industry.

The meetings related principally to one of the Senate inquiry’s core objectives: the independent assessment of meat carcasses, he said.

But Senator O’Sullivan said, “additionally, we have problems with AMIC” with two of the nation’s biggest processors no longer active members of the peak industry body.

“Again, that peak industry body cannot speak with the authority of the whole packer sector, as it is known, or the processing sector,” he said.

“My message to AMIC - again, I have said this privately and I say so now publicly - is to get on with the job; get yourselves back into a position where the peak body speaks with one voice on behalf of this very important part of the industry.

“These problems impact on the Australian Meat Processor Corporation because they, in effect, are the research and development and marketing arm of the sector and if they do not have a cohesive peak body then, of course, decisions that they make will sometimes only reflect the views and attitudes of some of the members of the industry and not all of them.”

Senator O’Sullivan said, while all this was happening, DEXA technology that had “been around for decades” was now, in an enhanced form, “almost ready to roll out across the beef processing industry in this country”.

He said that technology “certainly provides the opportunity for objective carcass testing” and was “significantly important”.

“It is important because it does not matter where a producer's cattle are sent for slaughter; they want two things,” he said.

“They want to be treated fairly in terms of being paid for the commodity and that payment is of course underpinned by a description of the carcass yield.

“The second is that they want feedback in terms of the data that is collected through the use of this technology so that they can make on-farm decisions about breed plans and patterns, genetic selection of size, and dams and so on, right through the entire industry.”

Senator O’Sullivan said the data feedback would underpin the beef sector and continue to reinforce Australia’s world reputation as being “the prime producer of quality beef”.

He said Australia was a trade exposed nation, where over 70 per cent of the beef that’s processed was exported in the $12.5 billion industry.

“The prospects for the further export of this commodity are very promising,” he said.

“We are in discussions with India, although India probably will not become our biggest purchaser of beef.

“Nonetheless, it is a very important potential trading partner.

“Of course, there is Indonesia.

“I have said before that, if every Indonesian took the amount of beef that they could fit on a fork each day and consumed it as part of their diet, we would not have - nor could we ever have - a sufficient number of cattle to meet their demand.

“At a time when we are transitioning - it is an old economy come new again - and as things taper back in the resources sector and we see agriculture becoming more significantly important to our terms of trade position and in its contribution to the GDP of our national economy, it is important that we support the industry to get themselves into the very best position that they can.”