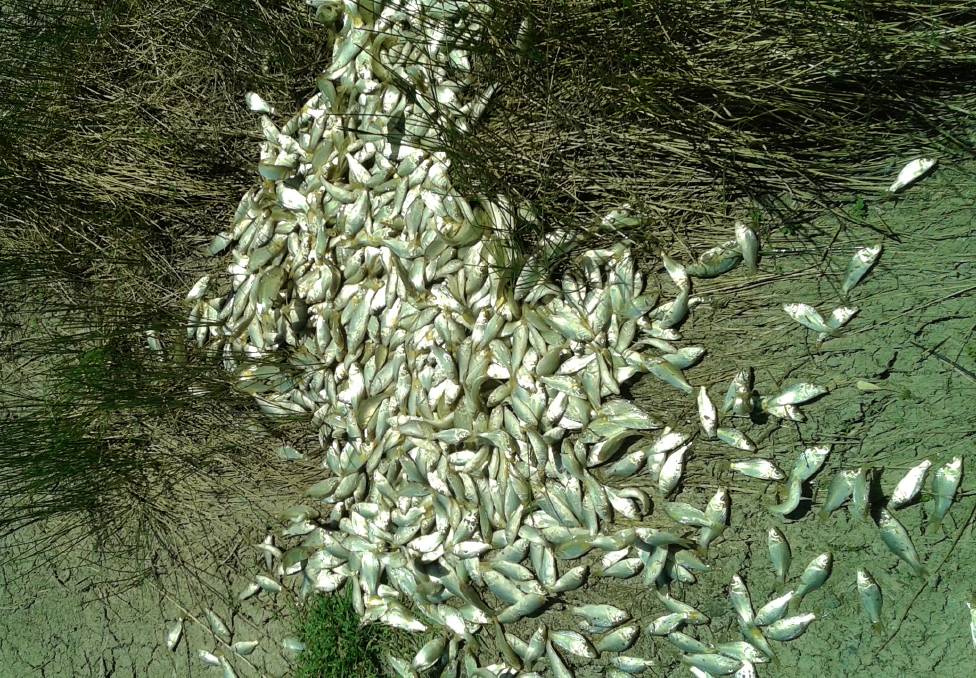 Carp caught in the Edward Wakool system after the 2016 floods. The invasive feral fish’s recent rapid reproduction spree was spurred by the prolific breeding on floodplains across Murray Darling river system.

EXPLODING carp numbers threaten the benefits of the Basin Plan, according to river expert Dr John Conallin, a researcher with the United Nations’ UNESCO-IHE initiative for sustainable water management.

Dr Conallin is warning the Murray Darling Basin Authority that the Basin Plan’s environmental watering regime will create the same favourable conditions which saw carp breeding “in their millions” during 2010-11 and 2016 flooding and undermine the strategies to repair native fish populations.

“Without effectively controlling carp, all the proposed native fish benefits we could get from floodplain inundation under the Basin Plan will be lost and we’ll end up making the situation worse for native fish.”

He said the MDBA should count native-fish boosting measures against water recovery targets, arguing that “if we can get the native fish population into recovery mode, it has more opportunity to breed and needs less watering events for reproduction”.

Taking golden perch as an example, the long lived fish that can reach 30 years of age needs flooding roughly every three years to breed to maintain its population under natural conditions, but requires more frequent watering events if it is competing with carp.

But Dr Conallin stressed he does not advocate against environmental watering of floodplains, which he said “we need to continue with” to achieve outcomes for birdlife, trees and riparian habitats.

He said, the so-called complimentary measures of restocking programs, fishways and coldwater curtains in dams to stop releases of chilly water that prevent natives breeding should be included in a list of measures that could be recouped from water recovery targets.

“If this approach is adopted we can better meet the Basin Plan’s environmental objectives, and at the same time save water.”

Hardy carp ride surging floodwaters onto food-rich flooded plains to breed. Females release up to 1.5 million eggs each and can breed in colder water than native Murray cod and golden perch, which rely on well-timed floods and relatively warm water to reach upstream spawning grounds in conducive conditions.

Dr Conallin said the benefits from the $15 million carp herpes virus control program would outweigh potential risks. Carp has been estimated to cost up to $500m a year in environmental damage.

Release of the virus has been questioned over its potential to create a damaging biomass of dead carp which suck oxygen from waterways as they rot.

“It is not too high a risk to release the virus,” Dr Conallin said. “The obvious benefits will outweigh any potential consequences we think may happen,” he said.

Ahead of the meeting, NSW Regional Water Minister Niall Blair has released a report which may drive a further wedge between the eastern states and downstream South Australia.

Mr Blair called for better scrutiny of the MDBA’s upwater program ahead of a meeting with other state ministers in Mildura on Friday.

Previously, NSW and Victoria teamed up to commission an independent expert panel to review the MDBA’s modelling methods, or calculations for water recovery under the Basin Plan.

On Tuesday Mr Blair released a report recommending greater understanding of the upwater program (450 gigalitres) of environmental water above the baseline recovery target of 2,750GL, and its potential to cause negative economic impacts to regional NSW.

Mr Blair said the report showed the ‘neutral or beneficial’ provisions in existing inter-state agreements were not practical or reasonable when compared with accepted definitions of socio-economic impact.

“We need a better understanding of what these efficiency measures mean for our irrigation sector, particularly the irrigation corporations, and employment and economic activity in the local town.”