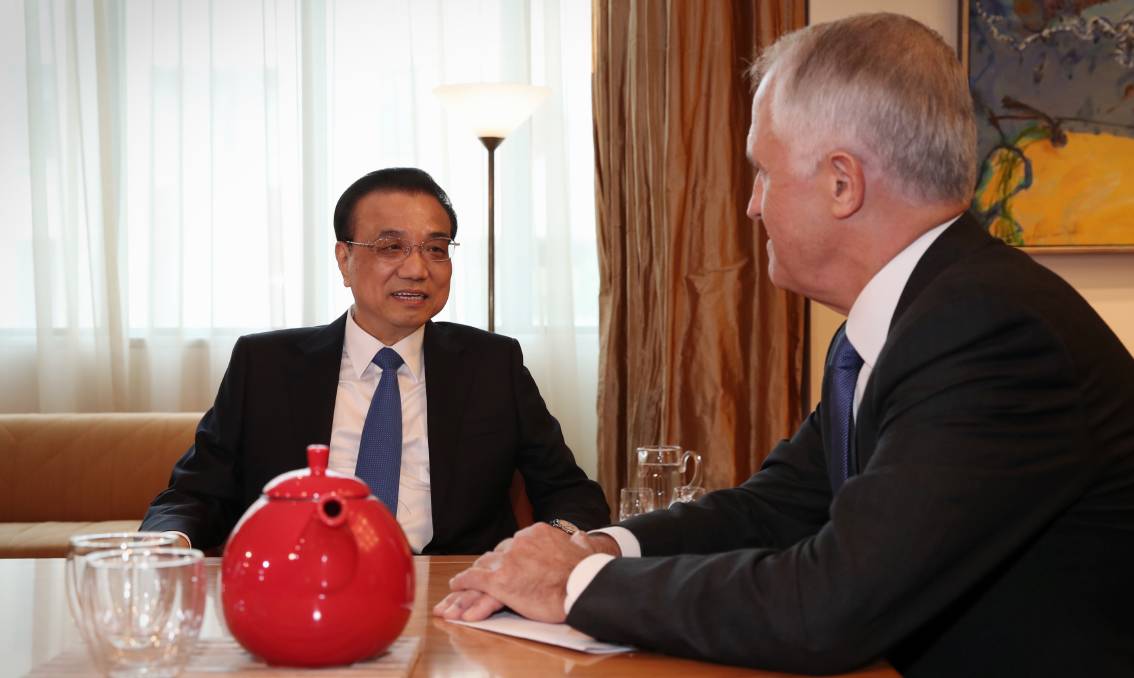 Joint Statement just signed in Canberra between Australia and China on beef access.

A DEAL to knock down some of the technical barriers that have hampered Australia’s beef trade into the lucrative and booming Chinese market has been struck in what is being called a “watershed moment” for the beef industry.

The Premier of the People’s Republic of China Li Keqiang and Prime Minister Malcolm Turnbull have just signed a Joint Statement in Canberra which will take the number of Australian plants and cold stores approved to supply high-end chilled beef to China from 11 to 70 immediately.

Australia will be the only country in the world with this degree of access to China’s fast-growing high end beef demand.

Industry and government estimates put the agreement’s worth at $400 million a year to Australia’s meat industry.

China is our fourth largest beef market, with $670m worth sent last year - and that was against a backdrop of incredibly fast-growing Brazilian beef shipments to China.

Today’s deal comes against a backdrop of a meatpacking scandal in Brazil whereby questions have been raised about food safety issues. China, along with other customers of Brazilian beef, have put a temporary halt on Brazilian beef.

Beef exporters in Australia say the flow-on from that has been fast and furious, with customers looking to secure supply from Australia.

Today’s deal has no doubt been much longer in the making but Australia’s other global beef customers will be watching with great interest.

The pact is a critical step to increase the competitiveness of Australia’s beef exporting sector on a global scale, according to beef industry leaders.

Australia exports around 70 per cent of its beef production.

Meat and Livestock Australia trade experts have put the cost of technical, or non-tariff trade barriers, across all our global markets, at around $3.4 billion to the red meat industry.

Chairman of the Australian Meat Industry Council (AMIC) Lachie Hart said the Australian red meat processing industry had been operating through some of the worst terms of trade for the sector in living memory.

He said this deal would enhance profitability of both meat processors and producers and support the longevity of the industry.

It was a huge win for the Australian meat industry sector and he applauded the government for its willingness to openly collaborate with industry in bringing about critical change.

The number of facilities able to supply chilled beef to China is set to grow further, with the fast track approval for another 15 establishments that were audited in 2015 also part of the deal.

“This is a huge achievement and means we could potentially have 93 plants with Chinese access,” Mr Hart said.

“When you put this into the context of having 160 processors in Australia, this is close to 60 per cent, which is a huge jump.”

“Together Australia and China are focused on promoting food security and safety and ensuring continued access to safe, high quality and reliable produce.”

Sponsored by
Practical advice for the upcoming fire season.
Test
In 1921, the first cohort of group settlers arrived in Fremantle Port from Britain.
Test
They say necessity is the mother of invention but Longreach grazier James Walker isn't expecting phone calls commissioning his services after his most recent construction job.
Test
An overseas investor who bought a farm in the stargazing capital of Australia at Coonabarabran is "moving on".
Test
An expanded range of options for the front attachment drive is just one of a number of improvements Claas has made to the 2022 delivery Jaguar 900 forage harvesters.
Test
NSW Farmers' call for better consultation
Test
Near Mt Gambier is a diversified farm currently operating as both a dairy farm and a piggery.
Test
Applications fo a range of scholarships and fellowships related to pastures are currently open.
Test