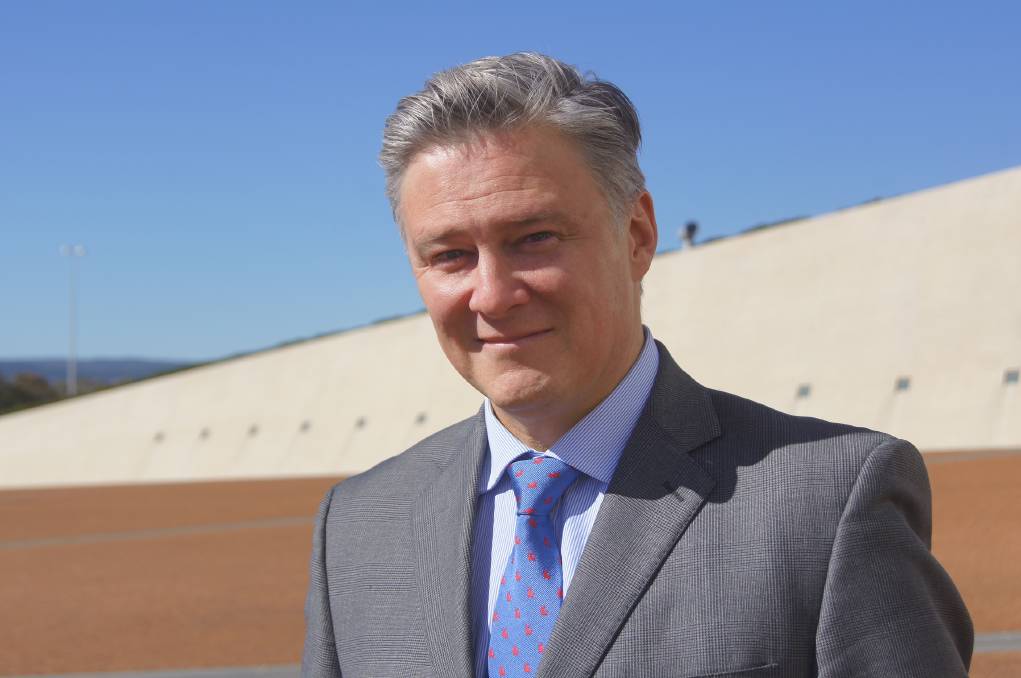 The controversial recommendation was made in the Productivity Commission’s final report - released publicly yesterday - stemming from its comprehensive review of red tape and regulations that hinder the Australian agriculture sector’s viability.

A government response.is now being considered and is unlikely to see the independent ACAW adopted - despite political sensitivities - but that hasn’t stopped an angry outburst by cattle producers and the red meat production industry.

Cattle Council’s views have been backed by other red meat supply chain stakeholders like processors and lot-feeders, Mr Bremner said, as supported by a media statement from the Red Meat Advisory Council today, also rejecting the ACAW proposal.

Mr Bremner said the Cattle Council’s preliminary analysis of chapter five in the report showed it had referenced submissions from non-beef industry stakeholders at a rate of about four to one.

“Our concerns are that this is quite a skewed report when you look at who has been mentioned in it,” he said.

“The ratio of industry to activist groups is about three or four to one so it does seem like the Commission has become beholden to an agenda and written a report according to that agenda, rather than actually looking at the facts and science that’s already out there.”

Mr Bremner said the report contained more than 40 references to submissions by groups like Animals Australia, Voiceless and Vegan Australia that want live exports and other intensive animal production industries banned, while it carried only two references by the Cattle Council.

“It just shows that we are extraordinarily underrepresented and recognised in the context of the report,” he said.

“We believe it’s a deeply flawed report that doesn’t reflect the true state of play and does reflect that there’s been an overly, inclined tendency to listen to the activists’ perspective which sadly tends to be based far more on emotion rather than science.

“But we are fundamentally driven by science, over emotion, and sadly in this circumstance it seems the Productivity Commission has been captured by the emotion of animal welfare rather than the science that’s already out there.”

But he said the Commission’s report in calling for an ACAW was merely, “suggesting regulation for the sake of regulation”.

“Regulation sets the benchmark and currently the red meat sector as a whole is operating far above and beyond the regulatory settings, in regards to medicines and the like for animals.”

Mr Bremner said his industry was “very much aware” the ACAW concept was Labor party policy and they remained prepared to work with the Labor party in opposition or if they were to become the government, “to find a way through it”.

But he said the red meat sector remained primarily concerned about being forced to deal with meaningless red tape.

“Rather than setting up regulation and the like simply for the purposes of looking like the job’s being done, we’re very much focussed on getting the job done,” he said.

“And that’s where we have concerns because the entire purpose of this Productivity Commission report was meant to be about reducing regulation or just making it easier to cut through the red tape.

“But one of the primary things they’ve done through this report is to suggest additional red tape so we see it as a bit of a fail in regards to what they’re trying to achieve and what they’ve been tasked to do.”

A spokesperson for Federal Agriculture and Water Resources Minister Barnaby Joyce said the federal government was now considering whether it would respond to the report’s recommendations, in part or full.

But the spokesperson said Mr Joyce had already indicated there would be no change in tact on core areas of current political focus like sugar marketing and it would not be adding any additional layers of red tape on industry, through an ACAW or anything like it.

Mr Bremner said Mr Joyce should reject the ACAW recommendation in the report, recognise the existence of current animal welfare regulations and “work with us to find more pragmatic and realistic and effective solutions”.

“The government’s response to the Productivity Commission report needs to recognise the science rather than the cases put forward by vested interest and welfare groups and have a look at the real facts about what the current animal welfare regulation is and that industry is already operating above and beyond the standards prescribed within the regulations,” he said.

“And quite frankly, our industry should be getting some recognition for the hard work and effort it puts into animal welfare.

“Animal welfare is not something the cattle industry pays lip service to; it’s fundamental to good productivity.

“We have to recognise many of these groups who have contributed to the report, to be honest, are driven by vegan agendas.

“They’re not necessarily driven by good animal welfare; they’re driven by an interest of removing animals from the production process.”

Mr Bremner said his group coming out under the RMAC banner showed the red meat industry was unified in its view and unhappy where the Productivity Commission’s report being “high-jacked by interest groups that trade in emotion and not science”.

“We find it disappointing,” he said.

“We just think on this one they’ve really missed the mark because they’ve been led astray by the emotion of the argument rather than recognising and consulting appropriately on the science of the argument.”

“It would appear significant industry and government efforts to drive and uphold the world’s best animal welfare outcomes have been overlooked in this report,” he said.

“Through industry direction, industry research and development bodies such as Meat & Livestock Australia, LiveCorp and Australian Meat Processors’ Corporation have spent millions in researching best-practice methods and enabling stakeholders to upskill and adopt new standards throughout the supply chain.”

“Our red meat processing sector has an annual turnover in excess of $16 billion, making it the largest trade-exposed manufacturing industry in Australia,” he said.

“The industry is also Australia’s largest food manufacturer and a significant employer in rural and regional areas, directly employing some 200,000 Australians on-farm across the supply chain, while supporting thousands of other jobs indirectly.”

“Another key finding was that animal welfare regulations should seek to achieve welfare outcomes that meet community expectations,” he said.

“The Commission concluded the current process for setting standards for farm animal welfare does not adequately value the benefits of animal welfare to the community.

“Consistent with Labor policy, the Commission recommends the process for setting standards would be improved through the creation of a statutory agency responsible for developing national farm animal welfare standards using rigorous science and evidence of community values for farm animal welfare.”

“The report identifies the failure of our current standard-setting processes to properly consider independent scientific advice and community expectations regarding key animal welfare issues in livestock industries,” he said.

“It also details widely-held concerns about the lack of transparency and conflicts of interest in the decision-making process.

“The Productivity Commission’s recommendations would ensure that science and community expectations are at the centre of decisions around the way we treat farm animals.

“By establishing a more independent framework, these proposals would also go some way to de-politicising the current animal welfare policy process, something a lot of stakeholders would greatly appreciate.

“Establishing an Australian Commission for Animal Welfare would put Australia on the map internationally for excellence in animal welfare policy development.”

RSPCA Australia called on the Australian Government to accept the Commission’s recommendations and commence work on their implementation.

The report said the ACAW’s functions should include: determining if new standards for farm animal welfare are required, and if so develop them using good-practice public consultation and regulatory impact assessment processes.

Its functions should also include publicly assessing the efficiency and effectiveness of the implementation and enforcement of farm animal welfare standards by state and territory governments.

Another role would be to publicly assess the efficiency and effectiveness of the livestock export regulatory system and make recommendations to improve it, to the federal Agriculture Minister.

The Commission says the ACAW should comprise no more than five members (including a Chair) appointed by the Australian government following consultation with state and territory governments.

The report quoted Cattle Council’s submission to the inquiry saying it “appreciates that there is a leadership void that currently exists at the Federal Government level”.

“However, the proposed establishment of an Independent Office will not satisfactorily alleviate this void, as the new bureau would have a high probability of imposing additional bureaucratic processes and related costs,” it said.

“These extra impositions would not produce effective outcomes and would appear contrary to the Commission’s Terms of Reference for this Inquiry, by increasing the burden of unnecessary costs on producers.”

It also cited Animals Australia’s submission saying, “It is our strong view therefore that in the absence of national leadership, an Independent Office of Animal Welfare is needed to monitor, investigate and be able to make recommendations to government regarding matters impacting on animal welfare across all areas of animal use - not only farmed animals”.