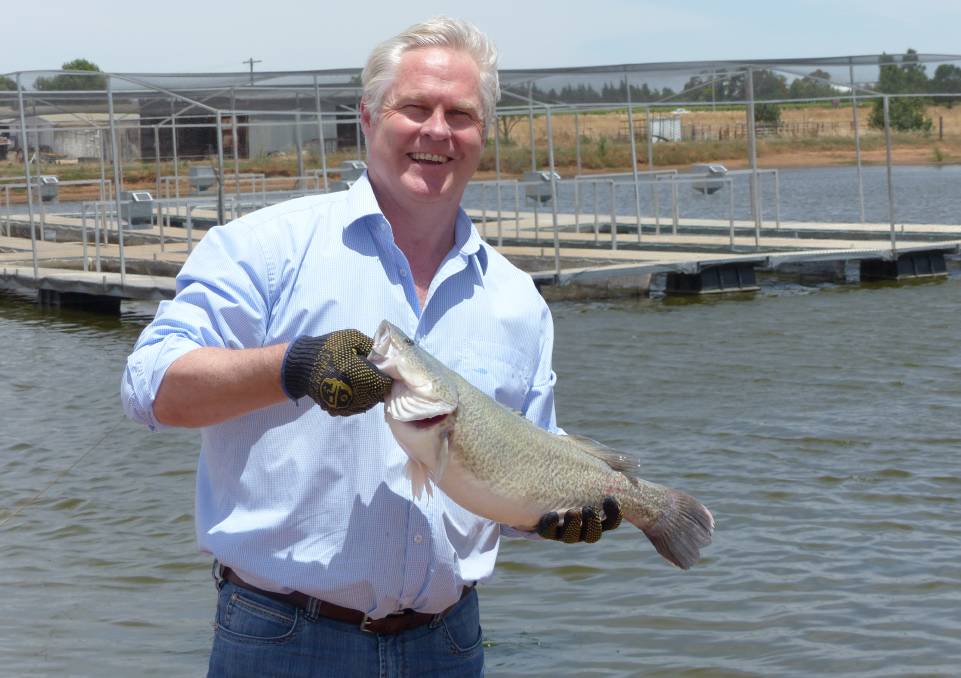 Murray Cod Australia chairman, Ross Anderson says consumers are paying a premium for the company's fish from its open aquaculture operations in the Murrumbidgee Irrigation Area.

The much-revered Murray cod is making a welcome post-drought comeback in eastern Australian waterways, and also looks set to be the next big thing on the restaurant menu.

The native inland river icon, once feared to be seriously endangered in the Murray-Darling river system, is now making a big splash as a farmed fish.

Newly-formed southern NSW business, Murray Cod Australia, is dealing with insatiable demand from markets in Sydney, Melbourne and Perth for its output from ponds in the Murrumbidgee Irrigation Area (MIA).

Servings of cod, from MCA’s main farm at Bilbul near Griffith, now land on selected city restaurant tables priced at much more than $50 each, while the fish costs about $33 a kilogram at fishmongers –  if you’re lucky enough to find it.

Even more promising is the export market, particularly in Asia.

MCA chairman, Ross Anderson, is actually concerned the farmed cod industry will be hard pressed to broaden its Australian customer base given the volume of inquiry his business fields from potential export buyers.

“Ultimately I think Australians will struggle to get hold of these fish until farmed supplies become much more significant,” he said. 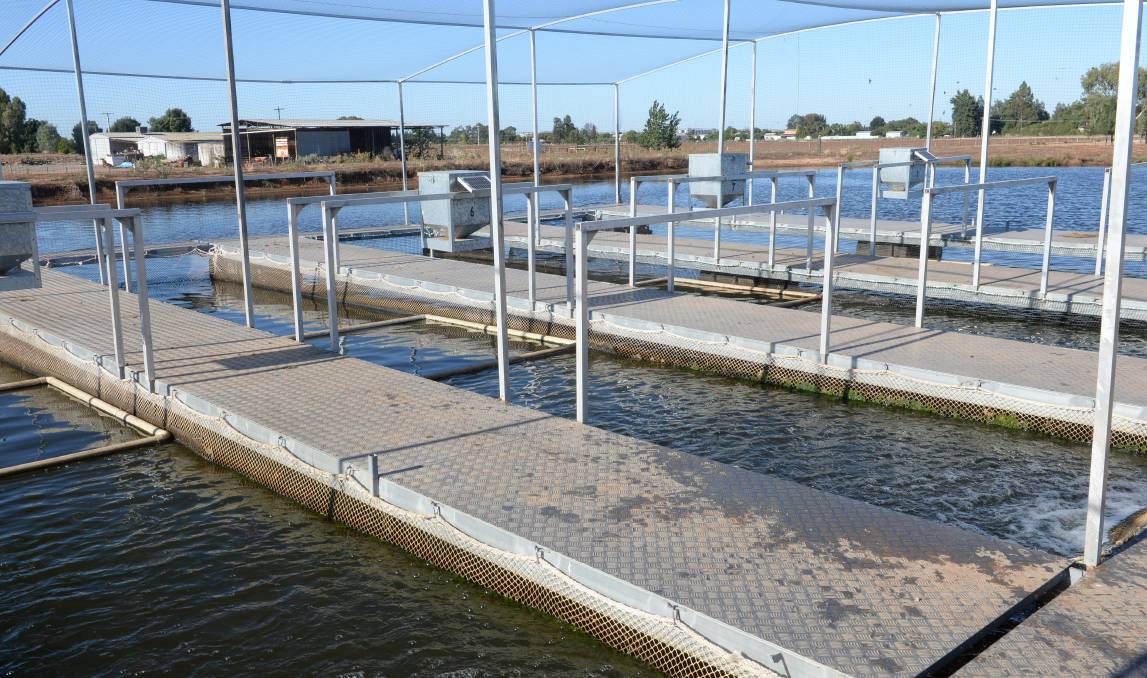 “We’re only able to supply limited export orders to Singapore at the moment, but we’ve had very high levels of interest from Asian consumers in Singapore, Hong Kong, Korea and China.”

Murray cod is our largest native fish and historically grew to enormous sizes, weighing in around 100 kilograms.

It is prized for its premium quality, high protein white flesh which has a succulent texture.

It is popular in Asian cooking, particularly steamed.

But despite sustaining native Australians and early settlers through good seasons and bad, commercial over-fishing, habitat changes and the European carp invasion led to a collapse in wild populations  last century, with the fish’s problems exacerbated by the millennium drought.

Strict recreational fishing limits still apply, although fishers have reported wild cod numbers breeding up, particularly after some big wet seasons in the past six years.

Past attempts to farm Murray cod have had mixed results.

Only a handful of commercial farm dam or housed production sites currently produce about 175 tonnes of fish annually in NSW, where most efforts have focused.

The company formed early this year with a merger of the 20-year-old Silverwater Native Fish hatchery at Grong Grong, and the fingerling grower business, Bidgee Fresh, and the production and marketing venture, Riverina Aquaculture, both at Bilbul.

The hatchery also stocks rivers and private dams in NSW, South Australia and Victoria with cod, and silver and golden perch.

In January a $10 million capital raising and stock market listing was oversubscribed after the aquaculture business sought new investors to help cover costs associated with doubling its fish pond numbers to 12 by next summer. 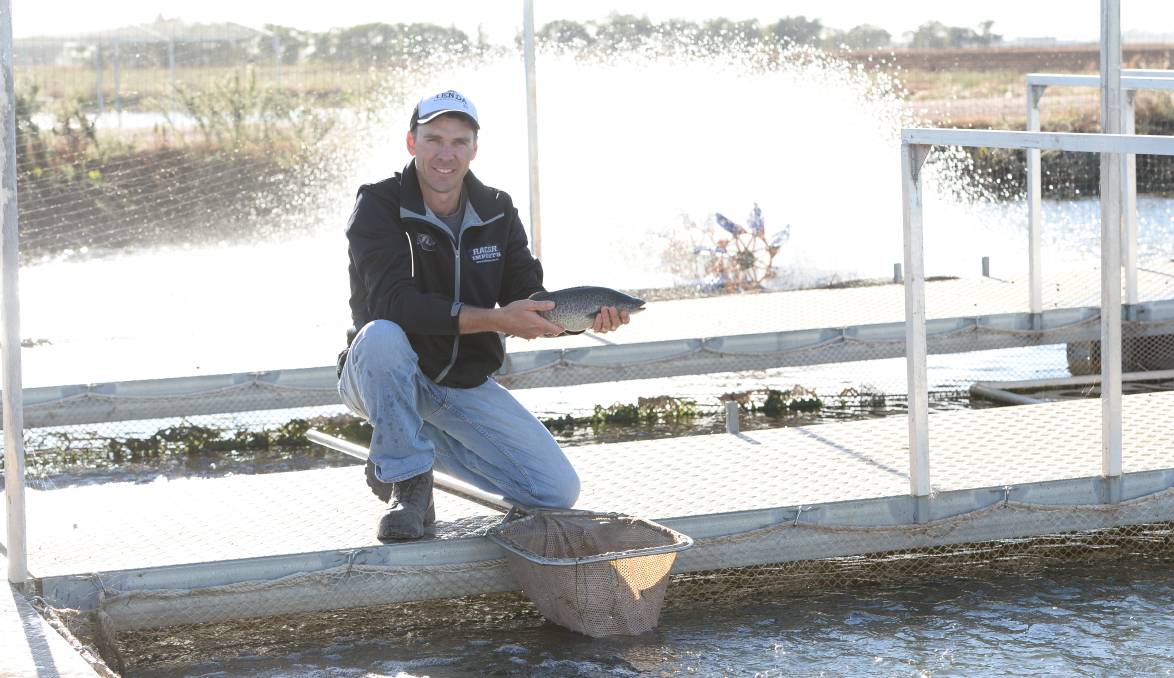 MCA also sources fish from five ponds on four nearby citrus, rice and cotton farms, and plans to lease even more pond space from other irrigators.

The specially-built dams are fitted with underwater cages to hold the growing fish in different growth stages, while water is sourced via the MIA’s existing irrigation channels.

The nutrient-rich water is then recycled onto crops, orchards and pastures.

“They’ve evolved in the Murray-Darling Basin environment and the market tells us our open aquaculture operation produces a cleaner tasting fish than indoor farming,” he said.

The state’s other big Murray cod producer on the Southern Tablelands grows fish in shedded tanks on a grazing property near Goulburn.

The Marianvale Blue brand sells to a select group of Sydney restaurants and into Asia.

He led MCA’s formation last year having been impressed with results achieved by former agronomist and graingrower, Mat Ryan, who developed the Bidgee Fresh partnership and Riverina Aquaculture as diversification options on his 40-hectare irrigated sorghum, sunflower and wheat farm.

“Mat had built an extremely efficient and productive operation supplying markets in Melbourne and Sydney –  the next logical step was  bringing the breeding business into the structure.”

Fish sent to Sydney mostly end up in top nosheries such as Quay and The Dining Room or in the Park Hyatt hotel, but Asian fishmongers grab almost everything marketed in Melbourne.