FORMER Cattle Council of Australia CEO David Inall is returning home to Australia after four years working in the US farm sector, to take on a new post heading-up the nation’s peak dairy farmer advocacy body. 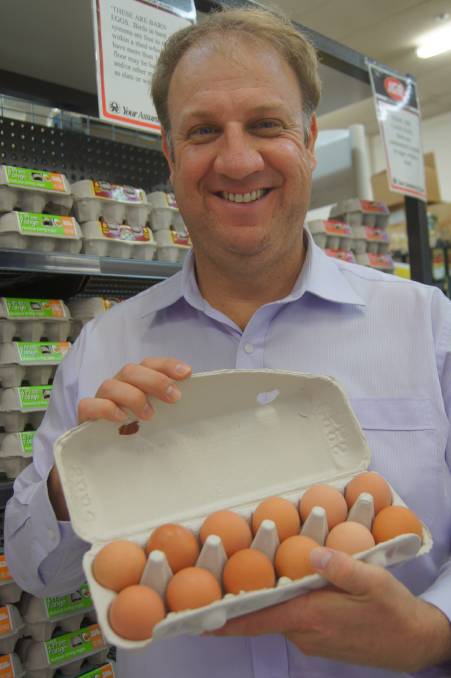 David Inall shortly before heading to the US in early 2013.

Mr Inall was at Cattle Council based in Canberra during the height of the 2011 Indonesian live exports cattle ban controversy and has been working in the US since early 2013 as Senior Vice-President of United Egg Producers based in Atlanta, Georgia.

This week it was revealed he would now be joining Australian Dairy Farmers (ADF) as the group’s new CEO, in July.

Ms Jolliffe replaced Noel Campbell in November 2015, while Mr Basham had a short stint at the helm after announcing late last year that he’d be running for Liberal Party preselection for a state seat in South Australia.

A statement from ADF yesterday said Mr Inall had a strong background working with industry and government on strategic policy matters, including animal welfare and sustainability.

As well as his role in the US egg industry and at the Cattle Council, he has also worked for the NSW Dairy Farmers' Association, as the Livestock Export Manager Asia & Australia for Meat & Livestock Australia and at Livecorp in Sydney.

“I am excited to be joining the team at ADF and look forward to working alongside the Chairman and board, members, the ADF staff as well as the broader value chain, serving whatever active role I can in supporting and advancing the industry”, Mr Inall said.

“It is an honour to now be returning to this great industry and while dairy farmers are currently navigating their share of challenges, I am confident that the outlook is bright as the industry is poised to seize upon future opportunities.”

Mr Inall has a Bachelor in agricultural science from the University of Western Sydney and is a graduate of the Australian Institute of Company Directors.

ADF Interim CEO Mr John McQueen, who took on the role as a short-term replacement, will continue in the position until Mr Inall commences in early July 2017, ADF said.

Mr Inall’s time in the US coincided with several critical farm issues unfolding in Washington DC including Donald Trump’s election as US President and the singing of the Trans Pacific Partnership (TPP) and the US’s subsequent withdrawal under the new Republican administration.

“In the short term, there is no path forward for the TPP in the US as Trump has clearly communicated his opposition to free trade, and more specifically the TPP,” Mr Inall wrote last year in an opinion article for Fairfax Agricultural Media in November last year, shortly after the US election result

“This is likely to be the one point of difference between Trump and his rural supporters, as there is strong and widespread support for the TPP within American agriculture.

“No doubt the Australian government is closely watching this debate unfold, in the context of Australia’s 2005 Free Trade Agreement with the United States.”