Farming organisations have mixed feelings on the federal budget. 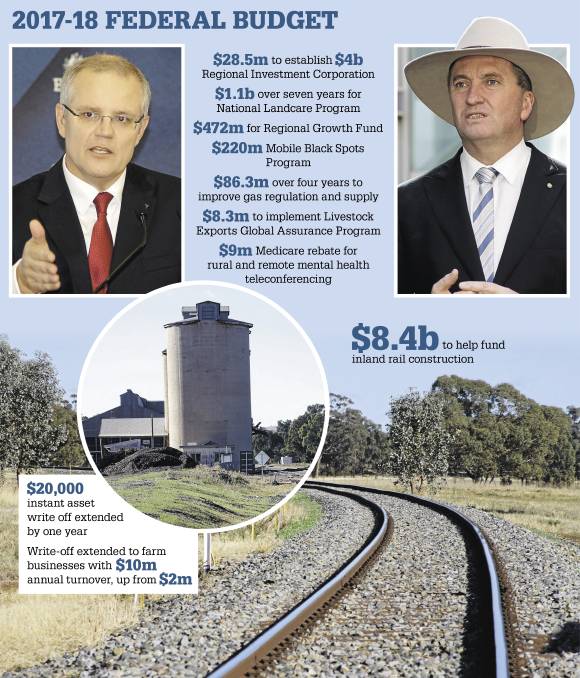 FARMING organisations nationwide have offered mixed feelings on the 2017-18 federal budget handed down by Treasurer Scott Morrison in Canberra yesterday.

The Queensland Farmers’ Federation said this year’s budget would deliver steady and responsible long term investment into the infrastructure and policies that supported the state’s agriculture sector.

QFF President Stuart Armitage commended the government for a balanced and considered approach to funding projects to benefit agriculture and regional Queensland, including funding for the $8.4 billion inland rail project.

But he said QFF had some concerns about the Queensland corridor, namely the impact on prime agricultural land and key flood plains that are yet to be resolved.

The $20,000 immediate asset write-off provisions for small businesses with a turnover of less than $10 million being extended for another 12 months and government investing $1b over five years in the National Landcare Program, were also welcomed. along with funding to establish the Regional Investment Corporation (RIC).

However, QFF said it was disappointed the government hadn’t allocated the necessary funding increase needed to break the ‘data drought’ affecting rural and regional Australia.”

Businesses with turnover of less than $10m will be required to make upfront payments of $1200 for temporary skill shortage visas 0 to replace the 457 visa - and $3000 for employees on permanent work visas.

The money will be used towards the Skilling Australians Fund.

Interim ADF CEO John McQueen said, “We believe the fee increase will place an even greater burden on farmers who have had to rely on skilled migration to bolster their workforce due to critical labour shortages in many dairy regions”.

ADF also acknowledged funding for two election commitments with the development of the commodity milk price index – announced in last year’s dairy crisis support package - and the RIC to streamline the delivery of concessional loans.

Mr McQueen said ADF were prepared for a no-frills budget offering limited spending initiatives and were “pleased the government has delivered on some priorities”.

That included; the $20,000 instant asset write off being extended for 12 months; the Regional Growth Fund comprising $272m over four years for major regional projects to support structural adjustment and $200m for the Building Better Regions Fund.

ADF also welcomed the extended eligibility for Farm Business Concessional Loans Scheme with farmers and their partners who have received their full entitlement for Farm Household Allowance being eligible for loans up to 50 per cent of their debt position for refinancing purposes.

National Irrigators’ Council (NIC) CEO Steve Whan said the 2017 budget has met commitments the government had made to fund water related programs, including resourcing for Commonwealth agencies involved in water and infrastructure investment.

“What is particularly good though, is to have a Deputy Prime Minister who stands up at a budget breakfast and says he wants people to ‘understand you get a multiple increase in agricultural production with irrigation’,” he said.

“It is vital that the Australian community has an appreciation of how much of the export growth to Asia, that we hear so much about, is driven by agricultural productivity and how important irrigated agriculture is to that. 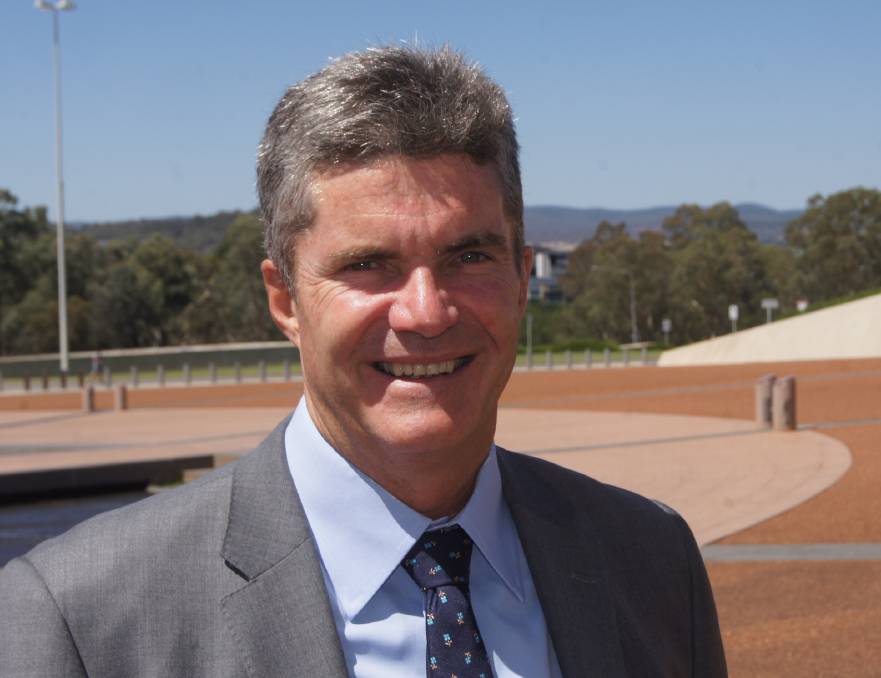 “Fruit, vegetables and dairy are three of the areas that will see massive demand increase from Asia, demand Australia can help satisfy, with an efficient, sustainable and growing irrigation industry.

Mr Whan said the budget reiterated the commitment made to funding associated with the Murray Darling Basin plan and an election commitment to establish the RIC to administer the $2 billion National Water Infrastructure Loan facility.

The Victorian Farmers Federation praised Mr Morrison for extending the $20,000 instant asset write-off initiative for another year which was due to expire at the end of June.

“We’ve been given one more year of the scheme, but what we really need is for it to be extended in perpetuity to ensure real benefits for rural businesses,” he said.

The VFF welcomed budget funding for infrastructure projects including the inland rail and $461.2m for future projects by the Victorian government.

But it expressed disappointment also that funding for rural telecommunications was “conspicuously absent” in the budget, with the Mobile Black Spot Program failing to get a top-up.

“Voice and data communications is an essential service that all Australians should be entitled to, but the telecommunications divide between cities and the regions is simply unacceptable,” he said.

The Australian Forest Products Association (AFPA) congratulated the government for honouring its pre-election pledge of $4m to establish a National Institute for Forest Products Innovation.

“With commitments from state governments and industry over time, the Institute has the potential to become the focal point of a strategic network of research ‘nodes’ that reflect industry priorities, and reinforcing the good work being done in other industry-led R&D efforts,” he said.