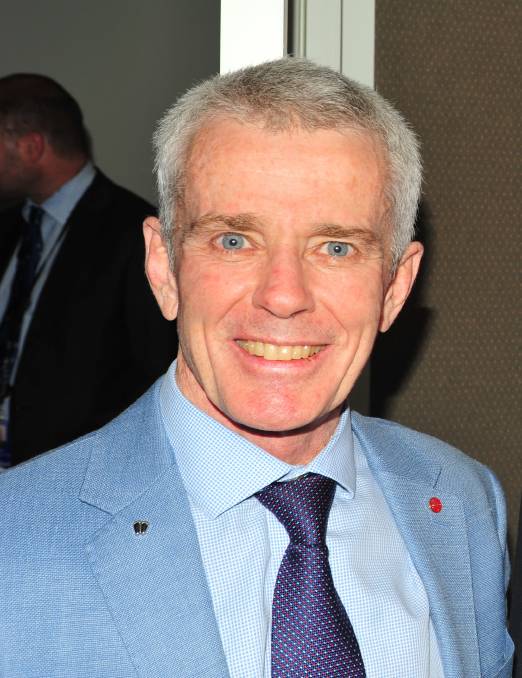 Senator Roberts is Chair of the new inquiry established in February this year and says the Committee can support submissions from any primary producers “traumatised” by their experiences dealing with banks or allow them to remain anonymous when giving evidence.

The inquiry is currently due to report by October 18 and is taking written public submissions until June 5 - but has only received about 20 to date according to Senator Roberts.

Senator Roberts said while public submissions closed on June 5, the Committee could still continue to receive them after that date.

After that date however, submissions will be reviewed and public hearings held, including in regional centres, to interview and listen to farmers and other stakeholders regarding their grievances with banks and other core aspects of the inquiry.

Senator Roberts said while the Committee had only taken about 20 submissions to date, they were expecting a lot more but the process had flexibility.

He said a staff member of One Nation leader and Queensland Senator Pauline Hanson had gone out into rural areas, to give people assistance, to “get the ball rolling”.

“He’s a barrister who has seen a lot in his time and what’ he’s found is that some of the farmers, when they try to make their submission, they’re so traumatised, it takes them back into some real pain and they just stop making their submission,” he said.

“What we’re telling people is, that if that’s the case, then just let the secretariat know that you want to have your say a verbal hearing and we’ll come and ask questions and take it through that way.

“Also, some people feel as though they’re going to be intimidated by the banks and that will force them into more problems, if they speak up.

“So if someone wants to make a written submission and then attend the inquiry and give verbal answers, they can ask to do that in confidence.”

Queensland Nationals Senator Barry O’Sullivan was livid after the Committee inquiry was first announced in February, boycotting the vote to formalise it, due to One Nation taking political credit for an examination of farm debt issues, and potential regulatory reforms, that he’s long-championed.

The inquiry came about after a deal between the Liberals and Senator Hanson as a compromise for a more potent and broad ranging Royal Commission into banking, with a lesser focus on farm lending practices.

“It’s not as if I haven’t tried to resolve some of these issues by sending signals previously to my Coalition partners,” Senator O’Sullivan said at the time.

But the Nationals will be represented on the cross-party inquiry by NSW Senator John “Wacka” Williams who has championed banking and farm lending reforms during his lengthy parliamentary career.

Senator Roberts said the Select Committee comprised Senators from Queensland NSW, Victoria, WA and possibly Tasmania with representatives from One Nation, the Nationals, Liberals, Labor and the Greens (after July 1).

He said the inquiry included an examination of bank lending practices impacting traditional commodity farmers but also primary producers in forestry and fisherman.

“We’ve heard that there have been a lot of people who have been devastated by some of the bank’s actions and some of those bank actions have been pretty tough to understand – unconscionable – and we want to get to the bottom of it,” he said.

“We want to get to the bottom of the problems that the rural sector faces with banking and financing.”

“We understand there are a lot of problems associated with valuers, or insolvency practitioners and lawyers, or basically agents who take the commissions - people who’ve got a vested interest in this,” he said.

“We want to get to the bottom of things, not just with banking, but anyone associated with financial and rural lending practices and then we want to identify solutions to the problems and make recommendations to the government and follow through on that.”

Former WA One Nation Senator and farmer Rod Culleton – who was disqualified from parliament earlier this year and split with the party over his belief Senator Hanson did a deal with the government to hold the Senate inquiry instead of a full Royal Commission into banking to investigate farm lending issues, as per his central election pledge - has continued to agitate for reforms.

“The growers are outraged that I’ve been told to bugger off (from parliament) but we need this inquiry to pull the banks into line,” he said.

Mr Culleton has recently contacted Senator Roberts offering the inquiry access to sensitive material that he’s claimed to have collected in recent years, outlining his concerns with farm debt issues, like the re-valuation of farm properties associated with the Landmark rural loans book being sold to ANZ Bank.

But Senator Roberts stressed Mr Culleton – who currently describes himself as a “Senator in exile” has no formal role on the Committee inquiry.

“He’s not working with or for the Committee; he’s got no power and no authority,” he said.

“If he makes a submission we’ve got the choice then of calling him to give evidence (and that’s) up to him entirely but he’s not working for or with the Committee in any way or on behalf of the Committee.

“He has got a lot of contacts developed over the years and he’s got his own share of problems as well.

“We’re happy to listen to everyone so we can get a better understanding of the issues.

“If someone is traumatised or can’t make a submission in writing then we’ll get them to contact the secretariat and they’ll be called into the inquiry to give their answers verbally.”