The history of grapes dates back thousands of years, intimately entwined with food and wine, although research proves this fruit bears more value than just its taste.

In fact one day it could be used as biofuel.

Environmentalists at heart, James and Chrissy Robson of Ross Hill Wines, situated in the atmospheric hilltops of Orange in New South Wales, are both dedicated to reducing their impact on the earth.

This has led them on a path of innovation, becoming Australia's first-ever and only carbon neutral winery certified for both its operations and products in 2016 – a rare feat for any business – following a dedicated, six-year-long program.

The Ross Hill Winery, 18 hectares in total, comprises of two vineyards; Griffin Road  and Wallace Lane, each set on rich basalt soil from the volcanic slopes of Mount Canobolas between 600 to 1100 metres above sea level. One of Australia’s highest and coldest vineyards.

Peter and Terri Robson first planted vines at the Griffin Road property in 1994, joined by their son James Robson and his wife Chrissy in 2006, and more recently, Rochelle and Phil Kerney who brings 20 years of winemaking knowledge.

Ross Hill harvests 340 tonnes of grapes a year, producing approximately 26,000 cases of wine of which 10 per cent is shipped to China. Inspecting the fruit at Griffin Road vineyard during Vintage 2017. Ross Hill's grapes are all hand picked and vines are hand pruned.

The family's motivation to become carbon neutral stems from a deep passion and consideration for the land, frequently questioning how they can reduce their impact, whilst adopting sustainable principles in all facets of their business.

"It all started with the family sitting around the table – we have a commitment to having no output, no consequence on the Earth so the next question was, what can we do with our waste," Mr Robson said.

Grape waste is known as grape marc, a by-product of the winemaking process, comprising of the leftover skins, stalks and seeds.

A neighbour currently uses Ross Hill's grape waste for compost and sells it.

Mr Robson said most winery's grape waste is put in the paddock or disposed of into landfill.

"Quite a lot of people are feeding it to livestock, sheep and cattle, but only white wine as red wine has alcoholic ingredients."

His father, Peter Robson, a chemical engineer by trade, has come across groups already researching grape marc for biodiesel use, and Ross Hill is now investigating whether this is logistically viable for their business.

"Like everything you have to have a certain amount of production to make it viable so we would collect not only our own marc but also from around the region," Mr Robson said.

Mr Robson admits this is "drawing board stuff" but there is potentially great economic value and huge environmental benefits.

The Robson's road to carbon neutrality is founded on the premise that they reduced their carbon footprint first by employing sustainable measures throughout their business in every way possible, and thereafter offsetting the carbon emissions they could not reduce, totalling 585t CO2e (carbon dioxide equivalent) each year.

"In our carbon neutrality we're only paying $4000 a year in carbon credits, it's nothing," Mr Robson said.

Mr Robson stressed the complexity and planning involved in becoming carbon neutral and how important it is to engage an experienced consultant to assist with, "getting through the bureaucracy of the government that has taken a three to four year process".

This process involved an initial measurement of Ross Hill's energy costs in 2011, followed by a sponsored energy audit in 2013 conducted by the NSW State Government, and thereafter implementing those recommendations.

The first involved a Carbon Footprint Assessment in 2013-2014 for the certification of the winery's operations and then a Life Cycle Assessment (LCA) for the product's certification involving an input-output analysis, thus certifying all red and white wines bottled in the period 2014-2015 onwards.

Peter and James Robson and winemaker Phil Kerney frequently question how they can reduce their energy levels and give back to the environment. Local Merino wethers graze between the vines for approximately 4 months after harvest. This reduces tractor hours, weeds and fertiliser use.

The Robson's also received a government grant in 2013 to assist in funding a 34 kilowatt solar panel system, installed on the winery's roof. 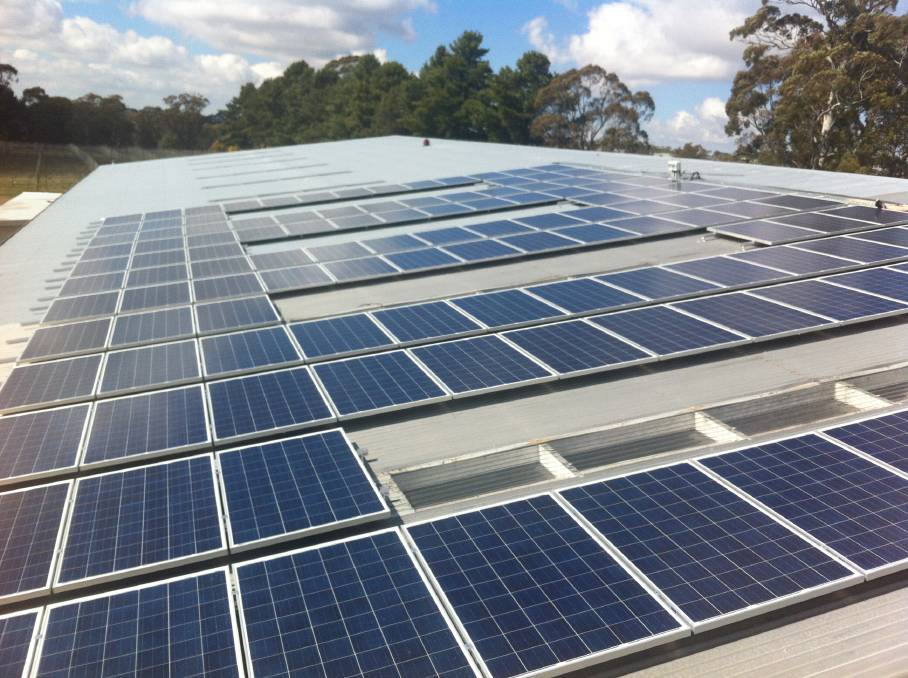 This has been a highly valuable investment for the business, reducing their electricity and gas costs by 40pc with an estimated 50 year life span.

Managing director, Iain Smale of Pangolin Associates said, "The cost of solar has decreased by 60-70pc in the last five to seven years, making it a smart choice for businesses who are trying to save money on energy and position themselves as a sustainable brand."

Iain Smale said Ross Hill had no commercial objectives in becoming carbon neutral but are receiving an unexpected and growing interest from international markets.

Carbon neutrality is a "growing space" and Iain Smale recommends the NCOS program for those considering this pathway, as it requires a public disclosure document, providing those extra layers of transparency and legitimacy.

“The philosophy is you’re not buying your way out, you’re reducing your footprint through reductions such as energy efficient lighting, pumps, solar panels – you get to a point where you can’t reduce any further and that’s where the carbon credits come into it.

“Anyone who's just measuring their footprint and offsetting, it isn’t the way to go.

"There has to be a clear explanation of why and what they're doing – again stressing they're reducing their impact through these efficiencies as well as behavioural changes," Iain Smale said.

They're experiencing a positive response from customers and corporate businesses who seek to align with environmentally conscious brands.

Mr Robson's primary goal is to encourage others to see the benefits in becoming carbon neutral and hopefully inspire them to follow, as opposed to focusing on the "commercial kickbacks" as their objective.

"We're unique because we didn't do this for anybody else except ourselves, because we believe in global warming, in the 95pc of scientists and the science behind it and we want to do our bit to stop it, however small that is – and it is minuscule.

I joke to people I'm the shortest haired greenie in Australia – we didn't think we'd ever have any business to business openings and we now supply wine to Allens law firms and we're working with Qantas as a Future Planet Partner. - Mr Robson

Qantas Group Manager of Environment and Carbon Strategy, Megan Flynn said, "Ross Hill Winery is part of their emerging pool of ambassadors, embodying all the core values of the Future Planet Partners Program that began in 2016."

"We were impressed with Ross Hill's carbon neutrality and reached out to understand how they were integrating sustainability into their business," Ms Flynn said.

"The intention of the program is to support our customers and business partners to integrate sustainable choice into their business models to provide such choices to Australian consumers."

This is offered by sharing their capabilities and experience, developed in house through their own sustainable products and services, such as the Qantas Carbon Offset Program founded in 2007 that has offset over 2.5million tonnes of carbon emissions (585,000 flights), making them the largest offsetter of any airline.

"The path to a clean and sustainable future requires all hands on deck – all solutions."

"Offsetting is one of those tools and certainly the value of offsetting projects is much greater than just emissions reductions activity. Offsetting enables the transfer of sustainable finance to rural and remote communities in Australia, that otherwise have limited access to sources of finance," Ms Flynn said.

In 2006 the Wallace Lane vineyard (pinot noir, sauvignon blanc and pinot gris) was created by James and Chrissy Robson, next to the original apple packing shed, now operating as the winery and cellar door, nestled in the heart of Orange's apple orchards.

Winemaker, Phil Kerney celebrates the spectrum of the region's terroir and its unique climate with the wines he produces using low input viticulture and traditional winemaking techniques, including applying natural wild yeast cultures.

This encourages biodiversity, minimising the need for artificial chemicals and additives.

James Robson explains the process of the bag wine press. Pressing fermented wine from stainless steel vats that is then transferred into oak barrels and later bottled.

Ross Hill Winery rates in the top 4.9pc of Australian wineries having received five red stars for the last four years by James Halliday's Australian Wine Companion, also known by many as the "wine bible". Inside the old apple packing shed, now controlled atmosphere room where Chardonnay varieties age in barrels for 9 months along with their top red wine 'The Griffin' for 30 months.

Ross Hill recently won their category in the 2017 Western NSW Business Award for ‘Excellence in Sustainability’.

As a strong believer in innovation, Mr Robson stresses the importance of introducing change to enhance your business – “otherwise you'll keep on getting the same results”.

"Becoming carbon neutral has been great for the profile of our business and if you think about it, you're drinking something that is enjoyable, not only is it carbon neutral, it's bloody good," Mr Robson said.