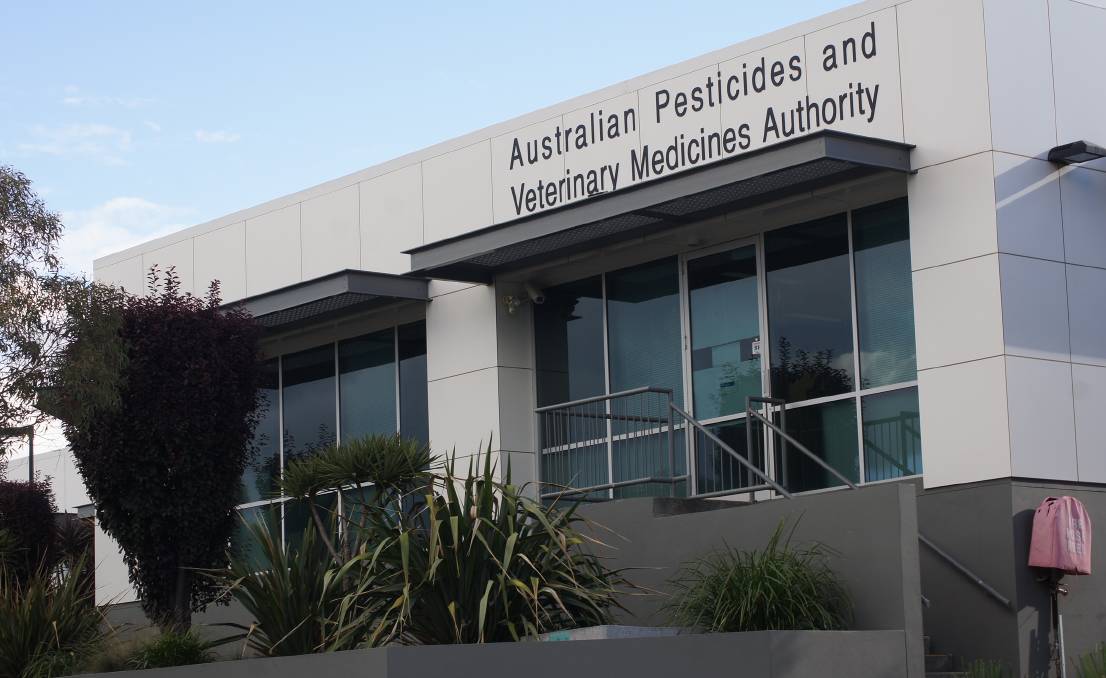 A NEW political report has delivered a scathing assessment of the process behind the Coalition’s decision to relocate the APVMA.

A NEW political report has delivered a scathing assessment of the process behind the Coalition’s decision to relocate the Australian Pesticides and Veterinary Medicines Authority’s (APVMA) from Canberra to Armidale, in Agriculture and Water Resources Minister Barnaby Joyce’s New England electorate.

“The lack of clarity regarding the decision-making process and the absence of a transparent selection process leads the committee to conclude that there is only one obvious driver for the decision and that is political self-interest,” the report concluded.

The Senate Finance and Public Administration References Committee’s inquiry into the government order to relocate Commonwealth agencies - focussed on the APVMA - was instigated in February and a report tabled on Friday, making five recommendations.

Top of the list was a demand to revoke the government policy order due to risks associated with moving the national farm chemical regulator to Armidale; given the critical loss of expert regulatory staff and negative impacts on its performance.

“This order is opposed by stakeholders, the agricultural sector and the regulator itself on the basis that it is 'all cost and no benefit',” the report said.

“Tellingly, the government's own cost-benefit analysis reached the same conclusion, finding no strategic or other benefits to the move.”

The report said to date the APVMA had suffered a significant amount of damage with many highly specialised and dedicated regulatory scientists - who otherwise may have stayed with the regulator - having already left.

“This is a sector already characterised by a shortage of regulatory scientists,” it said.

“In some ways, the consequences of these losses are irreversible; however, to continue with the relocation will only lead to further damage.

“On that basis, the committee is of the view that the order should be revoked.”

The report said consultation underpinning the APVMA relocation decision was “virtually non-existent” with staff and stakeholders only finding out about it via a ministerial media release.

It said consultation with the APVMA was also inadequate, with the chemical regulator strongly recommending against the move, while choosing Toowoomba over Armidale, as a preferred location.

“This advice appears to have been ignored on both accounts, with the Minister announcing that the APVMA would not only move, but that it would move to Armidale,” it said.

“The states and territories, who by agreement formed the APVMA in 1993, also appear not to have been involved in any consultation.

“It is clear that the pesticide industry, the agricultural sector, the states and territories, (Department of Agriculture and Water Resources) and the APVMA played no role in the development of this policy.

“It appears that no other location was ever under serious consideration by the government.”

The majority report also recommended the APVMA relocation be paused until the regulator concluded a review of its business model but backed the aim of Mr Joyce’s relocation decision; to establish a regulatory science course (centre of excellence) at the University of New England.

“There is a recognised shortage of regulatory scientists, not just at the APVMA, but at other regulators including the TGA and FSANZ,” it said.

“A new course - not currently available in Australia - which trains scientists in risk management and statutory interpretation is welcomed by industry.

“However, as noted by several submitters and witnesses to the inquiry, the establishment of this course should be mutually exclusive from the relocation.”

But a dissenting report by government members, including Victorian Nationals Senator Bridget McKenzie, said the majority report was unbalanced and had selectively quoted wide ranging views on complicated issues “to give a skewed view on an important agency for the agricultural sector”.

The dissenting report said the government’s commitment to move the APVMA to Armidale and develop a centre of excellence was made in response to long standing performance issues at the regulatory agency and an ongoing shortage of regulatory scientists impacting its efficiency.

“The majority report of the committee is filled with selective quotations from witness testimony designed to fulfil the objective of Labor Senators to scuttle both the relocation of the AVPMA and the government’s wider initiative of decentralising government to regional centres,” it said.

“This Senate inquiry process has been a political witch hunt right from the start.

“The opposition Senators’ claim that the terms of reference do not cover issues of decentralisation is clearly wrong.

“Hundreds of organisations and individuals have taken the time to participate in this Senate inquiry and yet the majority report dismisses them and their evidence.

“For instance, despite 80 per cent of submissions from regional councils being supportive of decentralisation, the only council quoted in the majority report is the city of Cessnock: an ALP-dominated municipality within the Labor-held federal seat of Hunter.

“In fact, of 200 submissions received, 177 (88.5pc) were supportive of decentralising government services; this included 85 from local government areas and a further 28 from regional development corporations.”

The dissenting report said the majority report also misrepresented the APVMA’s ability to recruit or replace staff and was “silent” on evidence that it was an ongoing issues, as demonstrated in a letter presented to the Committee from former APVMA CEO Alison Turner. 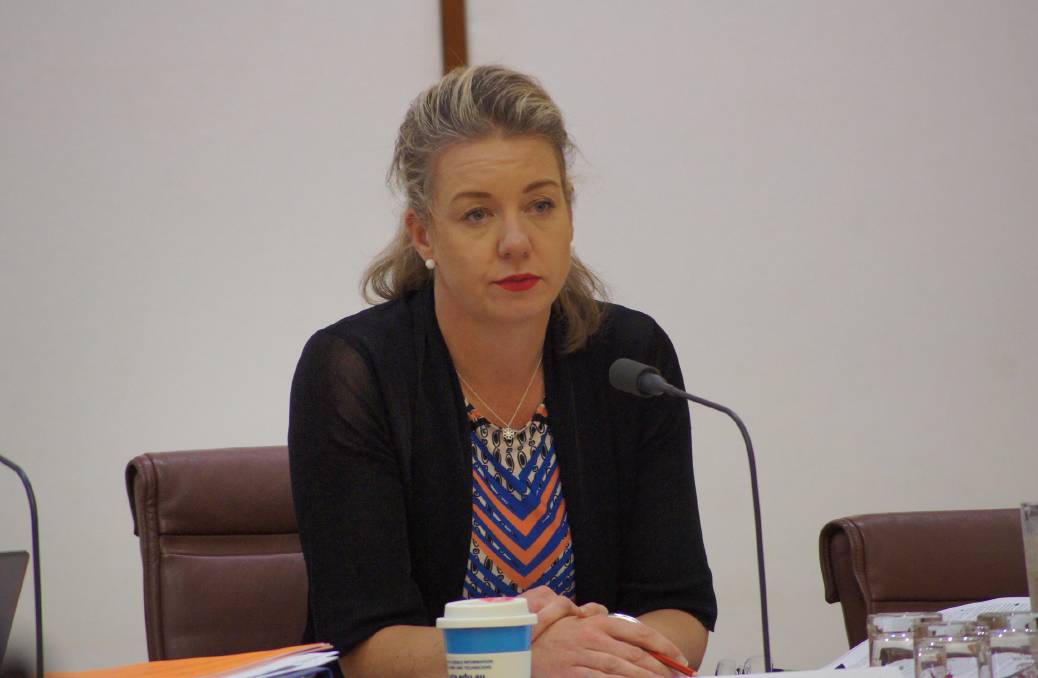 The dissenting report quoted the letter from the former CEO saying she, ‘found it really hard to recruit specialist agriculture and veterinary staff in Canberra. If I managed to recruit good staff they were poached by other agencies’.

“The committee is silent on the ongoing performance issues and selectively quotes to support its proposition that relocation is the key factor impacting on capability,” it said.

“It seems opposition Senators are more interested in headlines in the Canberra Times, than addressing longstanding industry issues on the availability of regulator scientists.”

In highlighting the APVMA’s performance issues, the dissenting report said a key example was when the Coalition came to government a new innovative drench called Startect - developed in Australia for Australian conditions - was available in NZ for two years before the APVMA completed registration in for use by Australian farmers.

“The government has taken this action to relocate and refocus the APVMA because of ongoing performance issues,” it said.

“The report continues a discussion about the (agency’s) performance highlighting the most recent statistics but ignores the APVMA’s recent evidence at the Senate estimates that a significant reason for the recent drop in performance was related to a focus on clearing a backlog of particularly difficult applications that was diverting resources from other applications.”

Australian Greens Victorian Senator Janet Rice and the party’s spokesperson for Agriculture and Rural Affairs recommended in additional comments that the APVMA relocation be scrapped entirely and remain located at its current site in the ACT.

“We hope that future attempts at decentralisation are considered more rigorously and holistically, and we support the recommendation for the establishment of a committee to investigate when and where decentralisation is appropriate.” 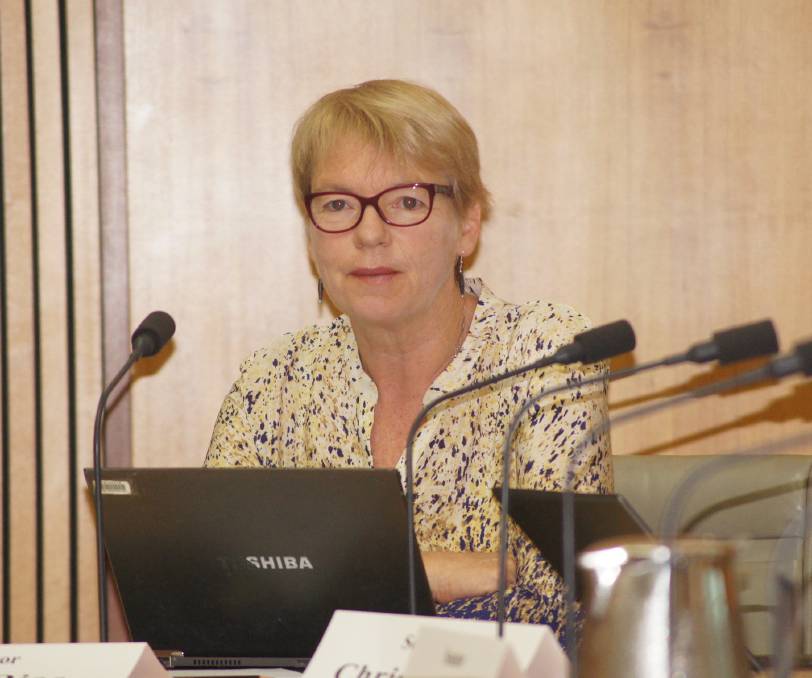 CropLife CEO Matthew Cossey, said the committee’s report illustrated that relocating the APVMA without the necessary reforms, would lead to serious damaging impact on the Australian plant science industry and the nation’s farming sector in the short, medium and long-term.

“Unfortunately, this outcome has already become a reality, and is primarily due to the loss of the highly technical and specialised workforce of the APVMA and the serious shortage of experienced regulatory scientists, not just in Australia, but globally,” he said.

The majority report said over 90 per cent of current APVMA employees had indicated they were not able to relocate themselves and their families to Armidale - over 700 kilometres away from Canberra.

It said the committee had considerable concerns about the APVMA’s ability to perform its statutory functions leading up to and after its relocation to Armidale.

“There is already evidence that the relocation is adversely impacting on the agencies stakeholders and end-users, including the farming sector,” it said.

“The failure of the relocated APVMA to undertake timely assessments will have an extensive financial impact on pesticide companies and Australian farmers.

“There will be a substantial opportunity cost as a result of the Australian farm and food sector not being able to take advantage of the soft commodity boom.

“The pesticide industry told the committee that investment from these companies in Australia has decreased due to fears of uncertain approval processes as a result of the relocation.”

The majority committee report also expressed concern that the Finance Minister (Mathias Cormann) does not appear to have scrutinised the Deputy Prime Minister's proposed order to ensure that it represents value for money for the taxpayer, nor whether the order would detrimentally affect the performance of the affected agency.

“In adopting this approach, it appears that the Finance Minister did not question why a government commissioned cost-benefit analysis was completely ignored,” it said.

“This narrow interpretation of the Finance Minister¡¦s role seems inadequate in the face of evidence of the significance and potential impact of this decision.”

“The committee recommends that the Finance Minister apply greater scrutiny to future requests or orders to be made under the Public Governance, Performance and Accountability Act 2013.”

But the dissenting report said the Finance Minister followed his obligations under the Public Governance, Performance and Accountability Act, in the making of the order.

It said the majority report claimed that ‘the Finance Minister does not appear to have scrutinised the Deputy Prime Minister’s proposed order to ensure that it represents value for money for the taxpayer, nor whether the order would detrimentally affect the performance of the affected agency’.

But this criticism “misconceives” the purpose of the government policy order as implementation instrument, which was put in place subsequent to an election commitment and a Cabinet decision that properly took into account the impacts of the proposal.

“Before making its decision, the government commissioned work by Ernst & Young, which included cost-benefit analysis, and consulted with industry about the relocation proposal,” the dissenting report said.

“That work informed the deliberations of Cabinet and, as a Senior Minister, the Finance Minister is always actively involved in Cabinet deliberations.

“There is no evidence to support the contention that the Finance Minister did not properly inform himself of Cabinet Submissions, or properly consider advice of the Deputy Prime Minister about the case for the proposed relocation and its impacts.”

The majority report - signed-off by NSW Labor Senator Jenny McAllister - also recommended a broad inquiry led by representatives from both Houses of Parliament be undertaken into the merits of decentralisation and the appropriate policy mechanisms for undertaking it.

It said the APVMA was largely funded through cost-recovery whereby registrants pay application fees to register products and an annual fee to maintain product registrations, with the regulator receiving over 3500 applications per year.