Potentially contentious evidence is set to be aired at the Senate Select Committee’s inquiry into bank lending practices, at tomorrow’s hearing in Perth.

FARMERS and farm representatives from diverse backgrounds are set to deliver potentially contentious evidence at the Senate Select Committee’s inquiry into bank lending practices, at tomorrow’s hearing in Perth.

Former One Nation Senator and WA farmer Rod Culleton, who was disqualified from federal parliament earlier this year after being elected last July, is listed to give what could be explosive testimony at the public forum.

His inquiry submission has now been published, highlighting debt issues experienced through his farm business at Williams, which he and his family were forced off in 2013, which he alleges was due to the sale of the Landmark rural loans book to ANZ Bank.

The inquiry was formalised in February by the Senate and is being chaired by One Nation Queensland Senator Malcolm Roberts.

Senator Roberts will lock horns with his former One Nation colleague Mr Culleton for the first time in a public setting, since the disgruntled farmer split from the party following a rift over his demands for a Royal Commission into banking, focussed on farm debt issues.

Mr Culleton’s submission was highly critical of the ANZ which also provided a response, for the Committee’s considerations.

“In December 2014, a full year after the Culleton's were forced off, the ANZ bank announced it would stop foreclosing on drought-stricken farms for the next 12 months,” Mr Culleton’s submission said.

“However, this promise means nothing for the Culleton’s and others who have already been forced off and have to take matters into their own hands via the courts or attempt to physically take back the farm.”

Mr Culleton’s submission said ANZ management and bankers should be held accountable for their decision and actions and “be jailed for their crimes”.

“Looking at world news we need to take a page out of actions followed through to halt such predatory behaviours and financial terrorism by our banks in Australia e.g. Iceland,” it said.

ANZ said it had had a long standing disagreement with Mr Culleton around the circumstances of his claim against Landmark and ANZ, and “despite our best efforts, we have been unable to resolve matters over many years”. 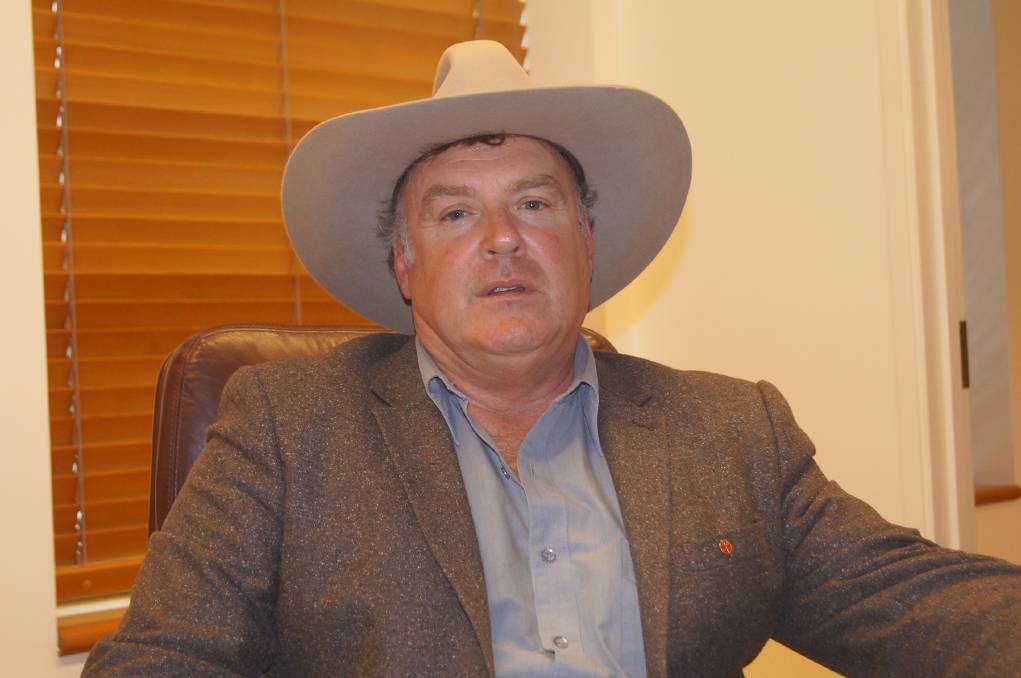 “ANZ has recently advised Mr Culleton that his behaviour to staff was unacceptable and that we are no longer prepared to meet with him,” it said.

“This matter has been the subject of a number of court decisions.

“Most recently, the Supreme Court of Western Australia examined the circumstances in which loans to Mr Culleton’s company, Elite Grains Pty Ltd, came to be classed as being in default by November 2010.

“In commenting on the conduct of ANZ, Justice Martin said: ‘In all the circumstances, I am unable to detect a whiff of misconduct, any disregard of conscience, or a degree of moral obloquy’.

“Justice Martin also noted that (based on the chronology of events set out in the judgment), there was “more than ample time for the [Culletons] to have found viable refinancing in [the 20 month interval between November 2010 and the commencement of recovery litigation by ANZ in August 2012] – if a refinancing had been commercially attainable.”

ANZ’s submission also included a copy of the judgment and reasons delivered on August 5, 2016.

The Committee is due to report its findings on October 18 this year and held its first hearing at Charters Towers in Queensland last week, with two more scheduled for Roma in Queensland (August 2) and Sydney (August 11).

The Department of Agriculture and Water Resource’s submission puts the total indebtedness of the agriculture, forestry and fishing industries to institutional lenders at $69.5 billion, as of June 30 last year.

Demands for a rural bank

Rural Action Movement (RAM) President Greg Kenny is also listed to appear at the Perth hearing and give evidence about his farm foreclosure experiences, also under the protection of parliamentary privilege.

Mr Kenny has made a submission on behalf of the RAM group that started in the 1990’s and was revived in 2012 and a private one detailing what he says is a record time of 13 years for an individual case to be stuck in a bank’s risk management division.

President of the WAFarmers Corrigin/Lake Grace Zone division Colin Nicholl is also named to appear at the Senate Select Committee inquiry hearing along with other individual farmers, the Banking and Finance Consumers Support Association and Wheatbelt Integrity Group.

Mr Kenny and the RAM hit the spotlight in 2013 when the former Salmon Gums farmer dumped a load of grain on the front doorstep of then Premier Colin Barnett's office in West Perth in protest at the government’s underwhelming drought financial relief package.

Mr Kenny’s submission and that of the WAFarmers Corrigin/Lake Grace Zone both call for government intervention to resolve issues regarding banks and farm lending practices.

The WAFarmers Corrigin/Lake Grace Zone has called for a reintroduction of the Commonwealth Development Bank saying many opportunities existed, to expand agriculture and agricultural production.

“The Commonwealth Development Bank assisted many farmers including young farmers to take over and expand farming businesses that their parents had previously operated,” the submission said.

“This would increase competition in the agricultural financial sector. 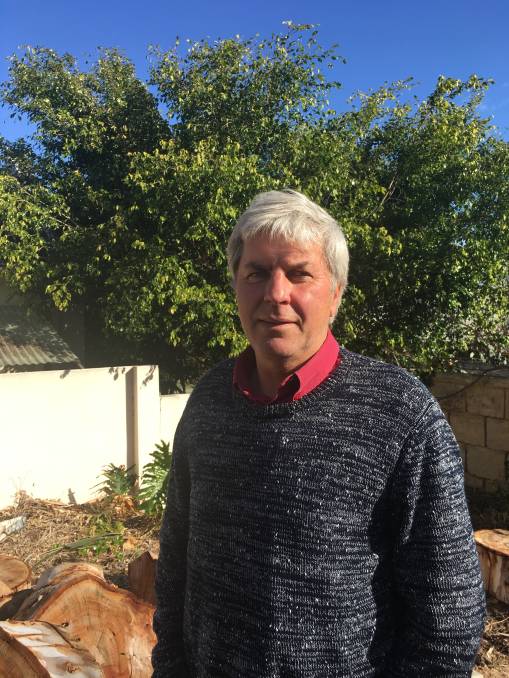 “I believe the best way to avoid any impact to the economy is to re-establish a government owned sovereign bank like the Commonwealth Development Bank of Australia and the Primary Industry Bank of Australia that existed all the way up to the early 1990’s,” Mr Kenny said.

“A new government bank must be established that recognizes that a farming business’s LVR (Loan to Value Ratio) is not what should determine if they should be wound up or not.

“Subtracting costs of $300 thousand the farm would be left with around $1 million profit.

“In one good year a farmer can climb out of debt if they are allowed to trade out of their financial difficulty.

“The aim of a new government bank should be to keep farmers on the land and farming their properties correctly as a good year will always come.”

Mr Kenny’s submission also called on the government to immediately issue an Australia wide moratorium on farm foreclosures and property sales across all agricultural sectors and to appoint a Royal Commission into banks and their agents with the power to order compensation for the victims and imprison individuals who have engaged in illegal and unethical conduct.

Greg Kenny and the RAM group

“The Commonwealth bank has never had anyone hanging around their risk management division for 13 years.”

Mr Kenny said he refinanced his farm loan in 2003 and when he changed banks had about 80pc equity at the time and very little debt.

“Then within 14 months they called in the loan and that’s what they call classic predatory banking – they throw money at you then call it back,” he said.

Mr Kenny said the RAM submission basically outlined his observations in aiding 64 other farmers, in the past four years, particularly in relation to receiver managers, banks and the courts.

“I’ve helped 64 farmers in the last four years,” he said.

“Only eight of them went anywhere near a court and stood up to their bank.

“Of that eight, two settled, three got their heads chopped as they stuck their heads in the door and the other three penetrated the court system and one of those was me.

“Rodney (Culleton) was one who had his head chopped off – he stuck his head in the door of a court but didn’t get very far.”

Mr Kenny said the other remaining  farmers of the 64 didn’t go to court and either the bank, or the appointed receiver managers, sold them up.

“They came to me far too late and I’ve been able to help some of them settle – but most came to me, after the deal was done,” he said.

“As president of RAM, I would be able to save just about all of them now but when I started four years ago, even with my own situation, I didn’t know how to do that but I do now.

“RAM has plenty of strategies to deal with predatory banking.”

Mr Kenny said compensation must now be paid out to every one of the 64 farmers that he’d helped, potentially in the billions of dollars, by the banks.

“I’ve not come across one farmer that I would have sold up because he was useless, inept, lazy or whatever,” he said.

“If they’d have been left alone they would have all traded out of their difficulties, I have no doubt.

“The banks manufacture default – they do it in many different ways.

“How much they’ve lost and more, it would run into billions of dollars.

“Over $1b of asset wealth was lost to these farmers and of course it was gained by the banks and the receiver manager world.

“It would be embarrassing to the banks involved, the amount of money they’d have to fork out to these businesses; they’d live in fear of having to fork out compensation to these people.

“If somebody thinks they have a $100 million farm asset and they’re safe, think again.

“They’re a prime target for predatory banking – and they don’t discriminate and will take on anybody when it suits them and if you’re in the breach, look out because they’re good at it and they’ll bring you down.

His submission said “we are currently banking in a system where predatory banking is systemic as the banks are constantly manufacturing defaults of their customer’s loans”.

“Emanating out of this culture has bred an industry of insolvency practitioners being agents for the banks and receiver managers who are acting without any accountability for their actions to the people and businesses to which they are appointed,” he said.

“The government has protected the banks for long enough and now they must face the consequences of their actions in full view of the Australian public.”

The Wheatbelt Integrity Group (WIG) submission said it was formed to address issues of wheatbelt debt, rural suicide and restoring population to the regions through soil restoration and “We are concerned with the unconscionable conduct of banks in relation to farmers”.

“From our experience of speaking to farmers, we realize that most are indeed too traumatized or intimidated to make a submission,” it said.