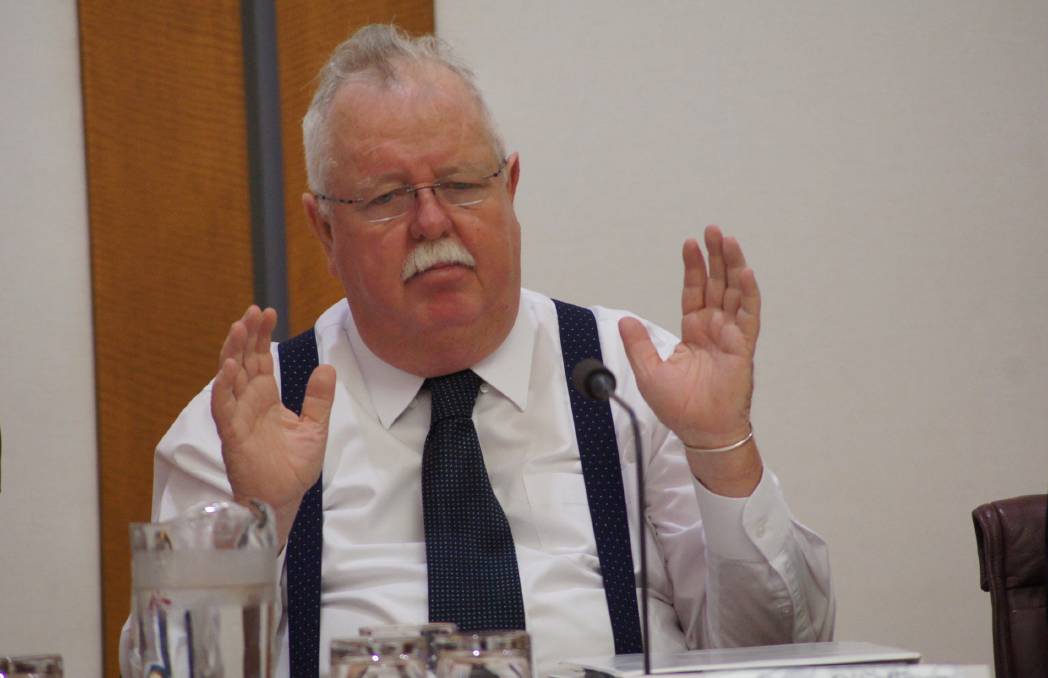 Barry O’Sullivan has demanded a strong national cattle representative body which has the presence to make industry leaders and politicians “break out in a sweat”.

QUEENSLAND Nationals Senator Barry O’Sullivan has demanded a strong national cattle representative body which has the presence to make industry leaders and politicians “break out in a sweat”.

But he says progress towards that goal in recent times has been like “watching paint dry” and without a well-resourced and empowered grass roots peak body “we’re rat shit”.

However, Cattle Council of Australia President Howard Smith has defended criticism by acknowledging that Senator O’Sullivan’s outspoken statements about stalled reforms to invoke a new representative model are “true”.

Senator O’Sullivan repeated his stern views about the urgency of having a well-resourced and empowered peak national cattle producer lobby group during yesterday’s hearing of the Senate Rural and Regional Affairs and Transport References Committee’s inquiry into competition concerns in the red meat sector.

However Committee member and Nationals Victorian Senator Bridget McKenzie was clearly unimpressed by industry’s stymied response to adopting and pushing those changes.

The long-running Senate inquiry is heading towards making its recommendations in a final report due out in coming weeks.

Senator O’Sullivan set the scene for a potentially explosive report saying the committee planned to make suggestions about what he regards as a “weak” cattle producer representative body and inequity of power, which suits some sectors of the industry.

“My core interest is the tens of thousands of families who operate in the beef industry, those small to medium outfits - probably got a value of $4 to $6 million, towards the top end of them - because without them we’re rat shit.

“We really are, as an industry and a nation, we’re buggered.” 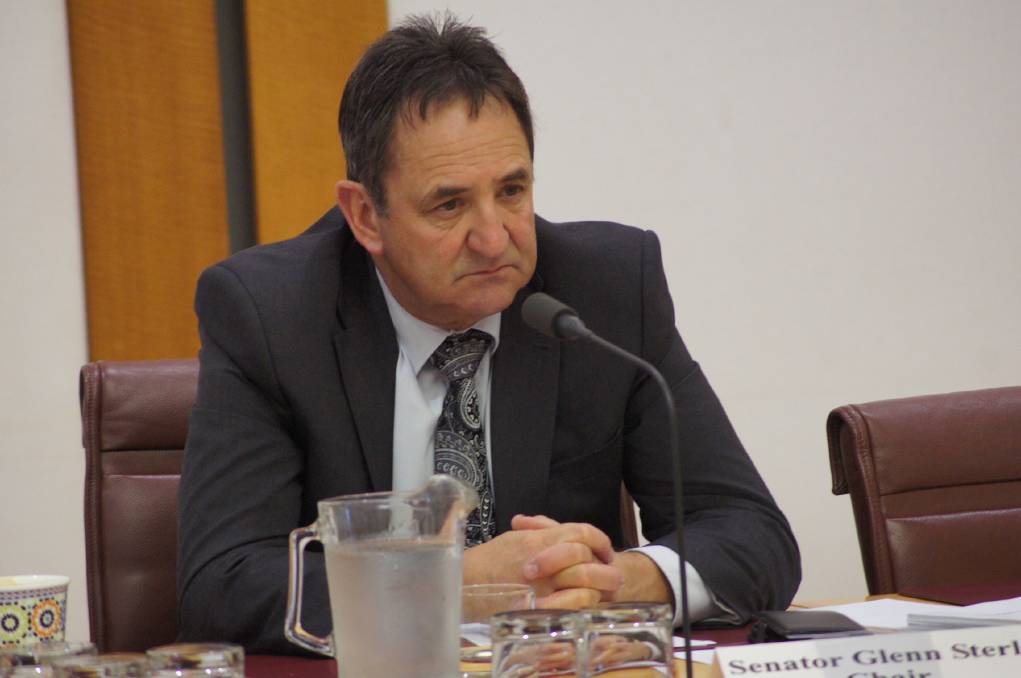 Senator O’Sullivan spent an extended period of the one hour MLA session focussed on firing questions about his long-running concerns about CCA’s inability to represent producers effectively.

He said a new service agreement was currently being entered into which would increase the amount to $1.9m per year - but that new deal included a project around developing company directors and courses to develop social media, policy and corporate governance skills.

However, Senator O’Sullivan said MLA was doing CCA’s job for them and a grass roots member based organisation couldn’t deliver a cohesive message “upwards” operating with such a constrained budget.

“My argument in behind the scenes is, I think it suits some in your industry to heave a weak representative body for producers and this is where this inequity comes in, in the decision making process.

“Where there’s a homogenisation with councils, it serves them best to leave a cattle house, if you like, weak, poorly funded and certainly not representative (or) not being able to amass the members to be able to come and demonstrate outside the MLA if they want to or outside the agricultural minister’s office.

“It’s not happening and there’s nothing before me - and I’ve talked to them in agriculture - nobody has got their hand deep enough in their pocket to provide this.

“And I’m not being critical of the men on cattle council – I think they’re pretty decent fellas and they’re battling hard with very little.

“But if we’re going to turn them into a change agency, so that they can stand up and say, ‘I represent the elements within; I represent the people within’ you ain't doing that with $1.9m and you know that.”

Senator O’Sullivan said he was trying to find out who would “step up” and help fund a cattle house, to give it the “grunt” it needed.

“We’ll know then that we’ll have achieved what we need to achieve, for this producer base.

“I know it’s not your job to solve this but it’s in the interests of this industry that it be solved and for us to agree on how we’re going to do this.”

Asked by Senator O’Sullivan if a strong well-funded peak council to advocate for producers was in the interests of producers and the whole supply chain, Mr Norton said “absolutely”.

But Senator O’Sullivan said he wasn’t blaming individuals and believed Mr Smith had applied “tremendous effort” and CCA had “some really hard working people” however, after 14 months, “we’re not making progress”.

“We’ve had an implementation team now that I think is about to blow out a candle.

“I’ve had discussions with the Department of Agriculture; they’ve got no cat in the hat; you’ve got no cat in a hat; and if they want an old truckie (Senator Sterle) and an old copper (Senator O’Sullivan) to put some recommendations together we can do that but it might not be in the interests of some of the elements in industry.

“We’ve got to come up with a plan to allow these people to progress an organisation to progress to become this aggressive representative body.”

In speaking to Fairfax Agricultural Media, Mr Smith said Senator O'Sullivan’s comments were “true and we acknowledge that time has passed with no transition to a new model”.

But he said despite ongoing consultation the issue was, “complex and it really is about finding the best sustainable model for a strong future”.

"Cattle Council has however been working hard to secure funding for the next two years and ensuring agreement outcomes are to the benefit of producers,” he said.

“CCA achievements over the past year have been positive for the industry especially the reduction in tariffs to Japan and Korea; the successful definition of animal raising claims through the Australian beef language negotiations; the introduction of eNVDs and the beef imports submission which will ensure Australia high biosecurity standards are upheld.

“CCA continue to work with members to improve CCAs policies and procedures with the aim of continuous improvement of consultation and communication methods.

“CCA will work to find the best way forward whilst remaining focused on key industry issues especially FTA's with Europe and Indonesia and working with producers and processors to support new OM technologies.”

But at the hearing, Senator O’Sullivan said he was also on public record to say that the existing Cattle Council of Australia “historically, represents the eight men at the table and little else”.

“I know that that will cause a reaction from them once more, where I’m concerned,” he said.

“But I think that until we get a very, very powerful advocacy body for producers - well-funded, well-structured (and) with a genuine claim to grass root engagement from tens of thousands of producers - then we’re going to continue to have the strong people in the industry fill this space and that won’t always be in the (collective interests) of producers.

“If we’d have had a powerful advocacy body around cattle producers we wouldn’t be in this room today let alone having to agonise over what happens next with structures and futures.

“The processors – I've always had a belief the big boys will look after themselves and sometimes they do that too well – I’m interested in producers and how we strengthen their hand in this arrangement.”

Senator O’Sullivan said he was “no technocrat” but he had a “pipe dream” that a system would allow Mr Smith to write an email to all beef producers/members/levy-payers “tonight” providing information.

“That’s my pipe dream to producers but I’m having difficulty getting anyone to really share it and then the key people, of how we’re going to fund it,” he said to Mr Norton.

“We’re going to make recommendations around this.

“We will continue this conversation whether you like it or not offline.”

Mr Norton cited the example of the Sheepmeat Council of Australia as an example of where an industry had grown “enormously” over the last decade and added “enormous” farm gate value and protected farm gate income, “by being a well organised organisation”.

He said MLA had “mature” relations with peak council but that wasn’t the case in the past.

Mr Norton said the reverse of the situation was what happened currently in the wool industry and Australian Wool Innovation’s “desire” to have an effective peak council, which they don’t have, at the moment. 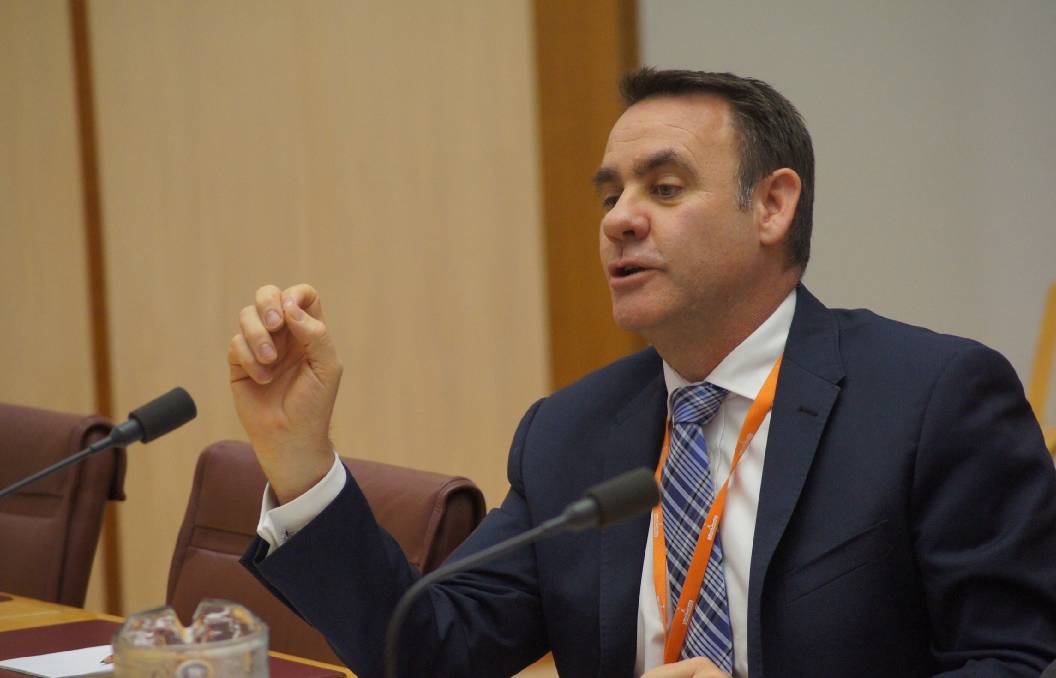 “Now somewhere in between is perhaps what you’re saying Cattle Council is – but from and MLA board point of view…a strong effective peak industry council is good for the whole industry,” he said.

Mr Norton said in representing industry, people were being asked to “walk off their farms, whether they’ve had training or not, to stand up and talk to media and politicians “at a level that may be beyond their capabilities”.

He said the first step was providing a structure for that to happen.

MLA has also offered to assist CCA with running direct elections, to help streamline the process, he said.

Mr Norton said MLA was also now involved in developing a levy payer data base, with Senator O’Sullivan pointing out the government had recently passed legislation to allow a register to be constructed, but the end result may be “years off”.

Mr Norton said there was also discussion about vote weighting and whether producers would each have one vote for electing representatives or votes based on the volume of levies paid.

Mr Norton said since the grass fed beef cattle Senate inquiry – that handed down a report in late 2014 recommending a producer-owned body be established by legislation with the authority to receive and disperse the cattle transaction levy funds – MLA had changed its DNA to become organisation that listens more to levy payers.

“That structure is working well and can always be better,” he said.

“MLA has transformed itself to not sit behind a desk in north Sydney.

“I’m up to about 20,000 levy payers I’ve been in front of in three years - but even with a strong advocacy body, I don’t think whoever is in charge of MLA in future, be it me or anyone else, should ever walk away from standing in front of levy payers and being accountable.

“Having said that, you are lining me up to talk about an area that MLA should be in and that’s about industry representation and the peak industry councils.

“In my opinion the value chain works best when the whole value chain is working on strategic plans with KPI’s and MLA as a service provider is accountable for delivering those KPI’s.

“For example, if we were given the task of reducing processing costs by 5 per cent over the next two years, there’s a task.”