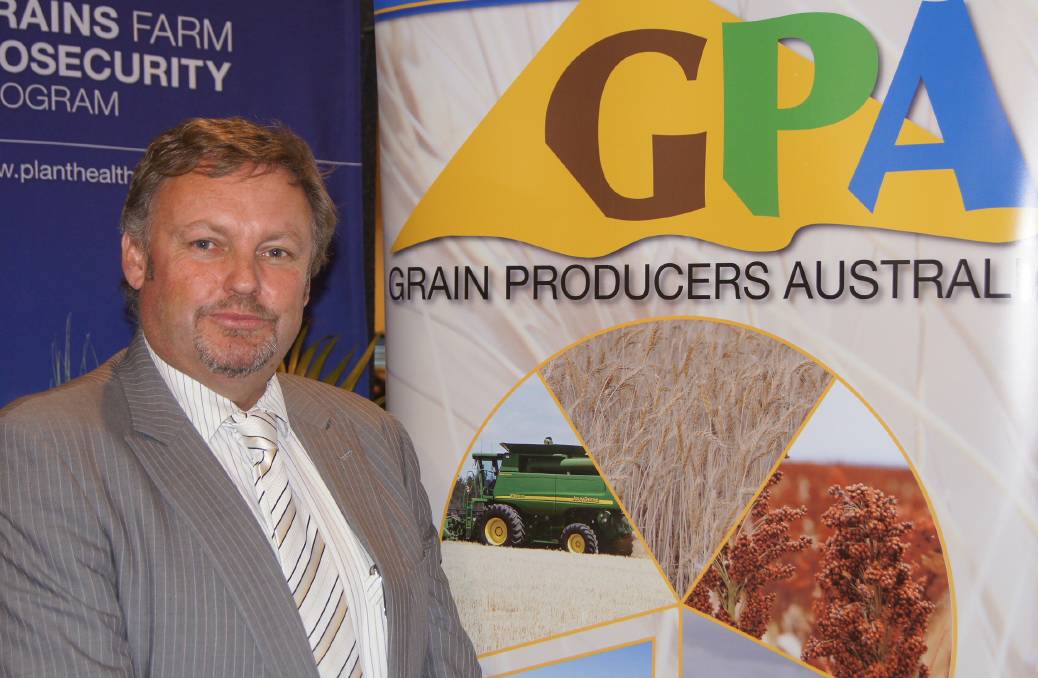 GRAIN growers may have been short-changed in the appointment of new board members to the Grains Research and Development Corporation.

GRAIN growers may have been short-changed by moves to overturn recommendations in the closing stages of appointing new board members to the Grains Research and Development Corporation (GRDC).

Up to seven GRDC directors can be appointed by the Agriculture and Water Resources Minister every three years, based on the advice provided via a five-member selection committee.

Two of the seven board members on the $200 million per year grain researcher will end their maximum of two, three-year terms, on September 30 this year, while two others have chosen not to re-apply, despite having served just one three-year term.

Sugar Research Australia director Helen Garnett (NT) and former Rural Industries Research and Development Corporation director Roseanne Healy (SA) were first appointed in 2014 and it’s believed they’ve re-applied and may be re-appointed to avoid loss of corporate knowledge, on the board.

The selection panel provided Minister Barnaby Joyce’s department with a short-list of its seven preferred board members on July 4 and several reserves - cut down from about 145 applications.

But it’s believed two of the original candidate selections - growers with executive experience - were overturned and replaced with other choices from the reserve list.

Northern WA grains producer and founding member of GPA Barry Large and former CBH director Clancy Michael who also farms in the same region are both believed to have been rejected amid concerns about potential agri-political ties.

While concerns have been raised privately that the new GRDC board – which has yet to be announced by Mr Joyce – may be short on growers, despite the clear, strong skills and credentials of the two replacements, it’s understood another leading northern WA grower Sue Middleton has been chosen.

But like Mr Michael, she was also a grower director of the controversial Australian Grains Champion movement which tried unsuccessfully to corporatise WA’s large farmer owned co-operative, CBH, which caused bitter in-fighting among WA farmers.

Mr Heath grew up on a family farm on the Liverpool Plains in NSW and was responsible for its cropping operations but is understood to have stepped down from farming in recent years. Proffesor Powles has also been a partner in a shared cropping farm business in the WA Wheatbelt but is mostly research focussed.

Of the seven GRDC board members believed to have been shortlisted, Ms Middleton may be the only one regarded as a grower, while others are largely from the research or scientific sector, apart from chair John Woods.

Mr Joyce caused controversy last year when Mr Woods - partner and manager of a broadacre agribusiness based in Northern NSW and southern Queensland - replaced Richard Clarke as GRDC Chair after he’d served only one three-year term, bucking the trend of Chairs serving out the maximum of two three-year terms.

Mr Large declined to comment on the upcoming GRDC board appointments as did Professor Powles, Mr Heath and Ms Middleton, saying they’d not been informed of any final decisions.

But Mr Michael said he’d had no contact from either the deputy PM or GRDC “though it does seem a long period of time so perhaps he is considering all options including expanding the board”.

“I would naturally be disappointed if Barnaby overturned the recommendations of the selection panel based on my recent involvement in the AGC,” he said.

“I’ve had a lot longer involvement in grower groups over 20 years in WA and my board governance experience gained with my time at CBH reinforces my view agri-politics inhibits not helps agriculture in Australia; especially across state boundaries.”

Other industry sources refused to pass comment on record but privately expressed concerns the announcement had been delayed, as per dates originally flagged by the minister’s office.

“Maybe the minister’s got other things on his mind at the moment,” one source said.

Despite concerns about lack of grower presence on the board, new GRDC regional panels are also being appointed by the minister’s office, for new three year terms.

A spokesperson for Mr Joyce’s office said they couldn’t confirm or deny any names that had been shortlisted or approved, for the new GRDC board.

But an imminent announcement is expected, along with new board appointments for the Cotton RDC and Rural Industries RDC which has seen the normal 80 board applicants spike to 340 this year.

“The minister is considering the nominations put forward by the presiding officer and selection committee and an announcement is expected to be made soon,” the spokesperson said of the GRDC board.

Chair of the GRDC board selection panel and presiding officer Andrew Earl said a short list of seven successful board applicants was handed to the Department on July 4, along with a report detailing the panel’s reasoning. 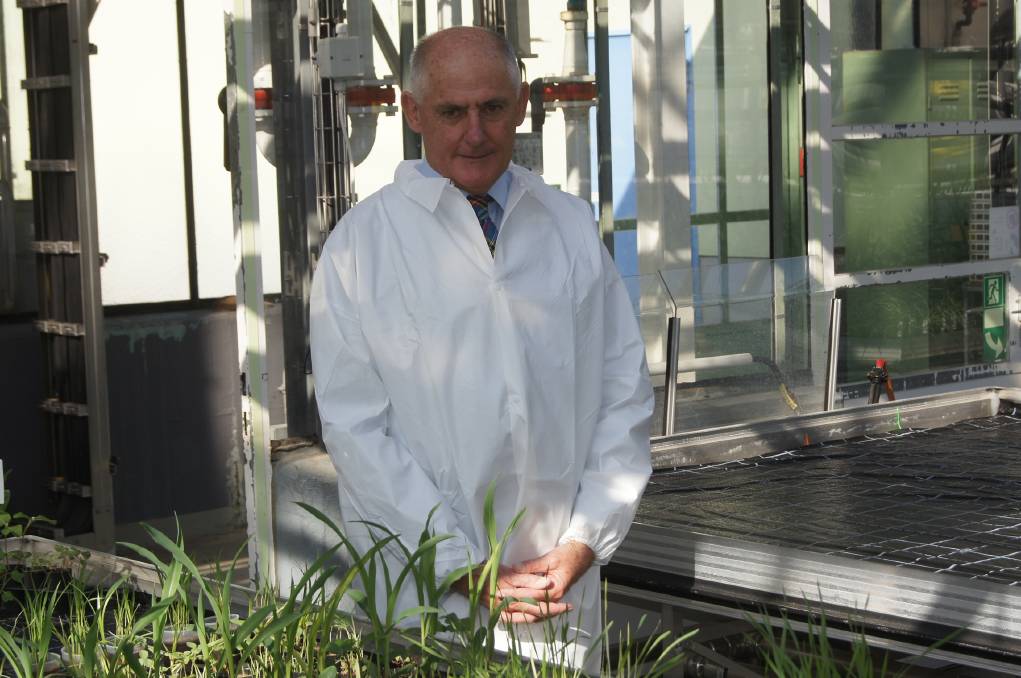 Mr Earl said the process opened with a call for nominations in early May and interviews were conducted before a short-list was provided to the department for consideration by Mr Joyce’s office.

A final list of candidates is then forwarded to the Prime Minister’s office for final vetting.

It’s understood Mr Joyce, having “road tested” the names of the altered selections from the reserve list with industry sources, has now received a response from the PM’s office.

A final step in the process is for the minister to sign the legislative instrument to formalise the board appointments, with a public announcement to follow.

Mr Earl said “considerable work and effort” was put into the selection process by the committee, to ensure the new GRDC board, which was recommended to the minister’s office, had the “right mix of skills and right number of growers”.

As well as balancing growers against researchers and scientists on the board, with specific skill-sets and commercial acumen, the selection panel must also consider the different states that the grain producers originate from.

One grower each from the north-east grain farming regions of Australia, south-east region and export focussed WA is considered a good balance for the GRDC board, along with a grower-Chair.

But that task is made harder given 35 per cent of the GRDC’s levy-stream is generally derived each year from WA and about the same amount from NSW, with the two dominant production states combined representing $140m of the $200m budget.

Some sources said reducing the level of agri-political influence on the GRDC’s board wasn’t necessarily a negative and would suit the operating style of the relatively new GRDC Managing Director, Dr Steve Jefferies.

However, others said Mr Large was well-credentialed to step into a GRDC leadership role having served a 10-year apprenticeship of industry representation and other board roles, honing his skills.

Others said it wasn’t the first time that GRDC board appointments had been overturned in the closing stages at executive level, with former PM Tony Abbott’s office rejecting Richard Brimblecombe’s appointment for a second term in 2014; despite the panel’s final recommendation and that of the minister.

While questions were also raised about moves to achieve gender balance on government statutory boards, it’s unclear what level of influence that may have had on the GRDC board appointments.

Mr Earl said females represented 39 per cent of the 145 GRDC board applications this year.

Selected but overturned by minister’s office