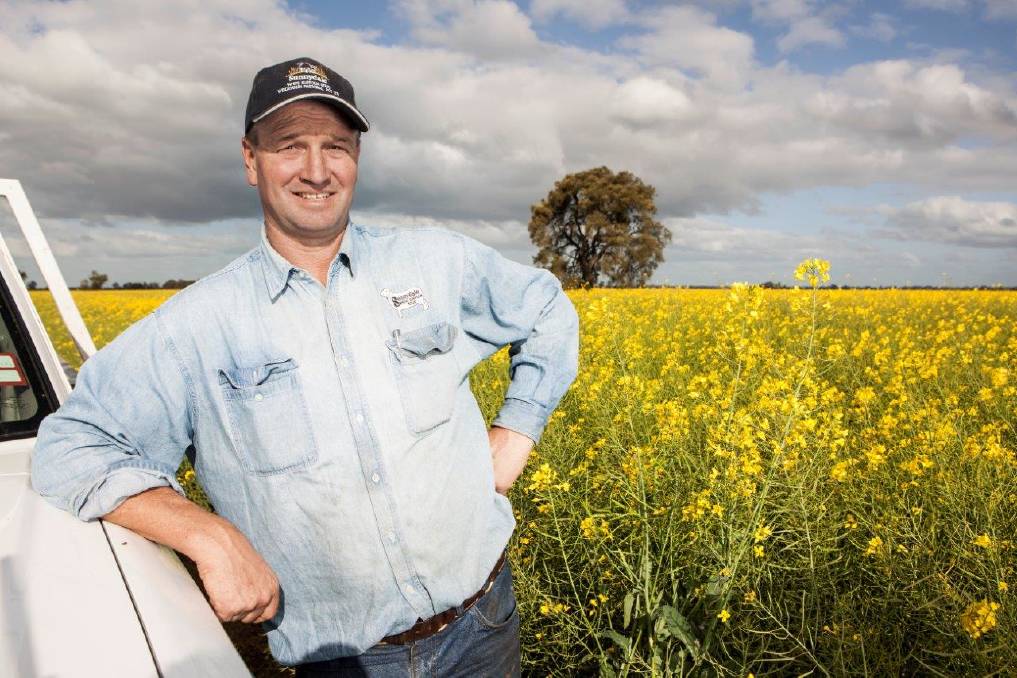 GRAIN farmers remain committed to a bold plan to transform the Grains Research and Development Corporation into an industry own company.

GRAIN farmers remain committed to a bold plan to transform the Grains Research and Development Corporation (GRDC) into an industry own company (IOC) to inject greater commercial acumen into operations, despite high level resistance from Canberra.

One of the biggest stumbling blocks is the GRDC’s links to bureaucratic constraints like the ability to access its cash reserves - historically pitted at about $200 million per year - formed by the (0.99pc) grains levy and federal government co-investment.

Mr Weidemann says the GRDC’s transition to an IOC structure was emboldened by a recommendation made in the 2014 Marsden Jacobs independent review of the researcher’s structural governance and operation impacts.

However, despite GPA pushing the structural reform agenda since 2013 and the two RO groups sharing a largely unified view about the potential value to growers of working through an IOC model, the future remains unresolved.

GPA has held intermittent communications with Agriculture and Water Resources Minister Barnaby Joyce and his representatives - but to date they’ve been unable to strike an agreement.

“The focus for the GRDC and industry would be better directed towards investing levy funds to drive profitability boosting R&D rather than on internal industry restructuring debates,” a spokesperson for Mr Joyce’s office said.

Several sources said Mr Joyce was against allowing the GRDC to become an IOC for fear the government would have less control over the researcher’s cash reserves and general direction, while allowing it to operate more like other RDCs that operate under and OIC model, like Australian Wool Innovation (AWI).

But unlike AWI or Meat and Livestock Australia, GRDC does not conduct marketing.

However, Mr Weidemann said ultimately it would be up to levy-payers to decide if they wanted the GRDC operating within government or not or under an IOC model.

“If you were rebuilding the GRDC today you would not put it in government – given everything else is deregulated,” he said.

“Operating under an IOC structure would allow the GRDC to have a commercial approach in future, to acquire assets that can serve industry well like plant breeding programs that are wholly owned by Australia, rather than having international interests.

“But that’s just one of the areas GRDC is precluded from participating in at the moment.

“At the moment $150m per year is being generated through end point royalties based on an average of $3 dollar per tonne which is based on this year’s harvest.

“We should be getting more investment back into research through end point royalties and if growers owned and controlled their own seed breeding business, they’d be able to capture more value.

“But industry is precluded from using the GRDC’s cash reserves because that bucket of money is linked to the government’s budget bottom line.”

Mr Weidemann also outlined his views on turning the GRDC into an IOC at the recent Mallee Sustainable Farming Conference in Mildura, Victoria.

There, he said the GRDC’s budget deficits were difficult to negotiate as they go directly to the government’s bottom line and access was limited by the need to gain approval from the Finance Minister and Treasury.

Mr Weidemann said the GRDC was also required to follow the Australian Public Service Bargaining Framework, which the Marsden Jacob’s review identified as being a “cultural impediment” to the researcher obtaining “optimal commercial agility”.

Examples provided in the report included that some skilled employees don’t wish to work in the public service and restrictions on staffing levels reduced the GRDC’s ability to compete in a competitive labour market or performance manage staff in a commercial manner.

Mr Weidemann said the main theme of questioning from audience participants, after his talk in Mildura, was “when can we get on with it”.

“I’ll come down to a levy-payer vote and that will rely on identifying levy-payers via a grains industry data base, which we identified in 2013,” he said.

“In late September or early October a trial is starting with GRDC on a new levy-data base system.

“And if the trial works, a levy-payer data base will be rolled out in the middle of next year.”

Mr McKeon said currently there were some concerns about whether GRDC was constrained in how it managed its significant financial reserves, if it had sufficient flexibility in resourcing and management decisions and if it can capitalise on emerging investment opportunities.

He said this was due to the GRDC being a statutory authority that must comply with Public Governance, Performance and Accountability Act obligations which apply to all government departments and agencies.

“Sometimes a one size fits all approach doesn’t always work in practice,” he said.

“The question is whether there is a better model or workarounds which can be put in place which will enable GRDC to better service the industry and deliver increased profitability to growers.

“GrainGrowers supports the need to look at the structure of GRDC and certainly looking at an industry owned corporation model is a key part of this, as we need to see what’s going to work best for the long term.”

“We need to make sure growers have information about the current constraints, what changes are possible and the pros and cons of all options, including an IOC model,” he said.

“As part of this, the focus must be on getting the governance right so that growers, who pay the research, development and extension levy, have an adequate amount of input to the service organisation.”

Of the 15 rural RDCs, five are statutory corporations or authorities - owned by the Commonwealth and established under legislation - and the others like Australian Pork and AWI are industry-owned,

In its submission to the 2014 federal Senate inquiry into levies, AWI said it and the wool industry were “in some ways a paradox”.

“In some ways we are the ‘oldest’ being the first industry to establish a compulsory levy, but in others the ‘youngest’ with one of the ‘newest’ RDC models, being an Industry Owned Company and specifically having a regular levy poll of growers,” it said.

“This is not to say that AWI contends itself to be perfect.

“If anything history has taught us that a key feature of the industry and organisation is change, hence the need to be responsive and adaptive.

“AWI continues to look at ways of improving the business model on a regular basis to ensure it remains responsive to industry and government.”

Grains industry leaders adopted a recommendation from the 2014 Marsden Report that the GRDC should transition to industry ownership.

“As part of the federal budget process, the GRDC is required to budget toward a surplus (or deficit) that the Department of Finance approves - reducing the ability of the GRDC to capitalise on large opportunities that will benefit grain growers.

“For example, the Herbicide Initiative Partnership with Bayer could have been fast-tracked to bring new herbicide active to Australian grain growers if the GRDC had been able to apply a significant proportion of its cash reserves to the investment.

“MLA’s $150m investment in objective carcase measurement for the red meat industry demonstrates the flexibility an industry owned structure in the management of its reserves to invest on behalf of industry.”