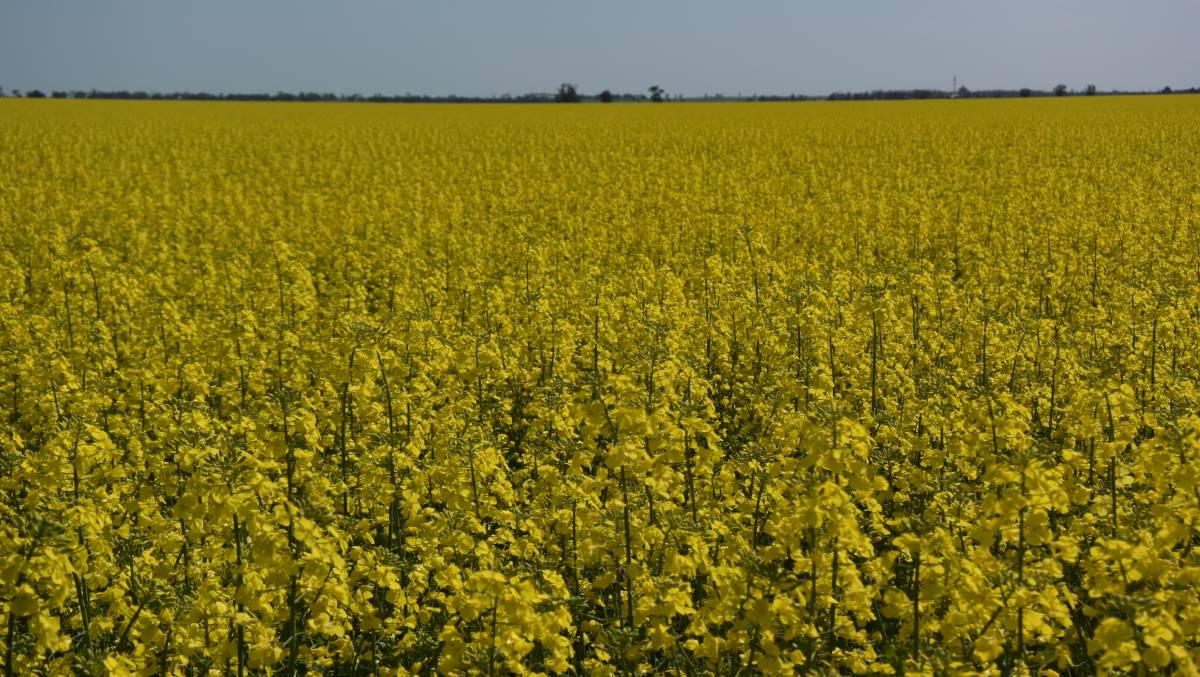 Canola crops have benefitted from the use of neo-nicotinoid seed treatments this year, but authorities warn of the risk of pest resistance should the dressings be used too frequently.

The increased use of neo-nicotinoid seed treatments this year, to combat the risk of Russian wheat aphid, could lead to pest resistance.

AUSTRALIA’S croppers, in particular canola producers, are being warned not to overuse popular neo-nicotinoid seed treatments.

The seed treatments this season have been a popular and effective means of limiting pest insect pressure early in a crop’s life.

Paul Umina, an entomologist with Cesar, said a marked increase in the use of seed protectants meant there was an added risk of resistance to the products.

“You want to keep the tool in the tool-box for when you really need it, so this might mean thinking carefully about whether you really need to use this kind of seed treatment,” Dr Umina said.

He said farmers were probably prudent to widely use seed treatments this season given the pest pressure that built up following a wet year last year and concerns surrounding the unknown behaviour of the Russian wheat aphid, first discovered in Australia last year.

“There was probably a good case to using the neo-nicotinoid (neo-nic) products this year, but moving forward farmers will have to assess individual paddock risks of pest damage and question whether they really need the treatment,” he said.

In terms of choosing when to use the treatments, Dr Umina said he sympathised with growers.

“We keep telling growers not to do prophylactic sprays to minimise resistance risk, but a seed treatment, by its very nature, is pre-emptive.”

He said growers could opt not use a treatment on lower risk crops and in lower risk paddocks, but said there were few other seed dressings available targeting the same pests as the neo-nic treatment.

However, he said while it was difficult, maintaining efficacy of the products needed to be the major focus for the cropping sector as a whole.

“We have seen overseas damaging pest species such as green peach aphid and whitefly become resistant to the neo-nic seed treatments and it is a major burden for growers there.”

In Australia, entomologists have recently detected the first signs of low-level neo-nic resistance in green peach aphids in a small number of field populations

Compounding this there are also issue with resistance to other insecticide products.

There is relatively wide spread red legged earth mite resistance to synthetic pyrethoids and organophosphate insecticides in WA and SP resistance has been reported in South Australia for the first time this year.

Along with the threat of insect resistance, Dr Umina said another crucial reason for limiting the use of neo-nic seed treatments was to limit the impact on beneficial invertebrates and microbes that are detrimental to pest species.

“Being a seed treatment and having it in the ground does limit the risk to non-target species but it doesn’t get rid of it all together.”

He said above ground beneficials could be poisoned by eating tainted prey, while beneficial soil-dwelling organisms, such as worms and soil fungi can also be impacted.

This does not just have an impact on integrated pest management (IPM) strategies, but limits carbon retention and soil structure improvements.

Dr Umina’s recommendations were strictly to do with the logistical efficacy of products and not to do with the regulatory pressure associated with neo-nic use.

The use of group of insecticides has come under pressure recently from researchers and lobbyists who claim the products are dangerous, in particular to bees.

The use of neo-nic insecticides is already banned in Europe.