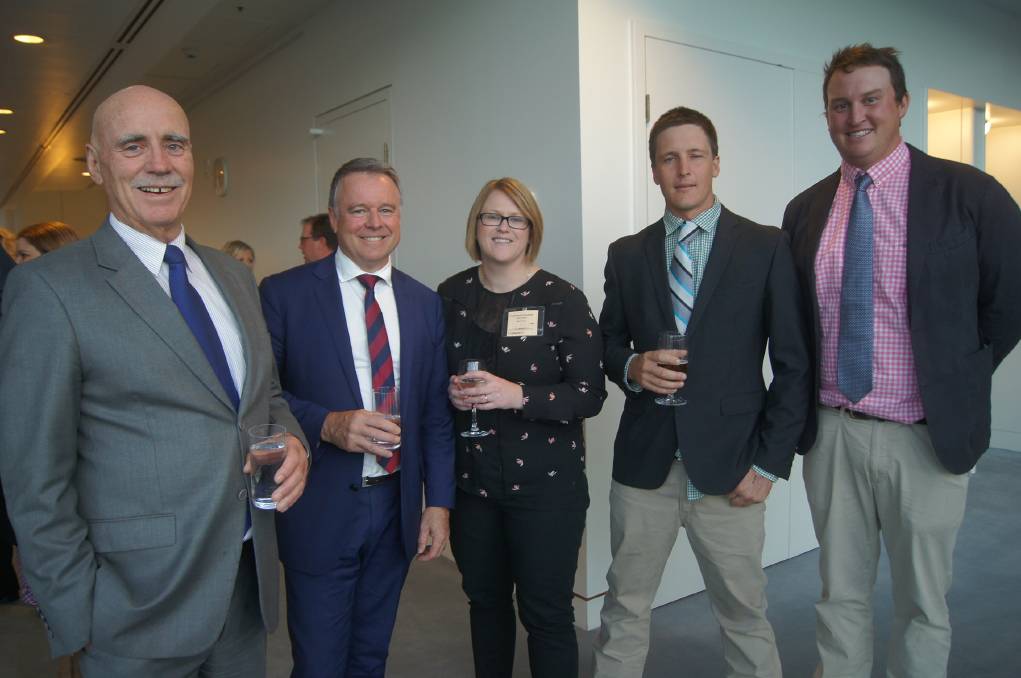 James Beale had an invaluable inside learning experience this week and says all is not as it seems in the world of federal politics.

​YOUNG NT cattle industry leader James Beale had an invaluable inside learning experience this week and says all is not as it seems when it comes to understanding the multiple layerings of political and bureaucratic processes.

He and other future industry leaders heard how the Australian beef cattle sector connects and interacts with the often complex world of federal politics.

Mr Beale manages the Bunda/Kirkimbie Station for Consolidated Pastoral Company near Katherine in the NT and said the first day of his Canberra experience was “full on” and “jam-packed” but “worth doing”. 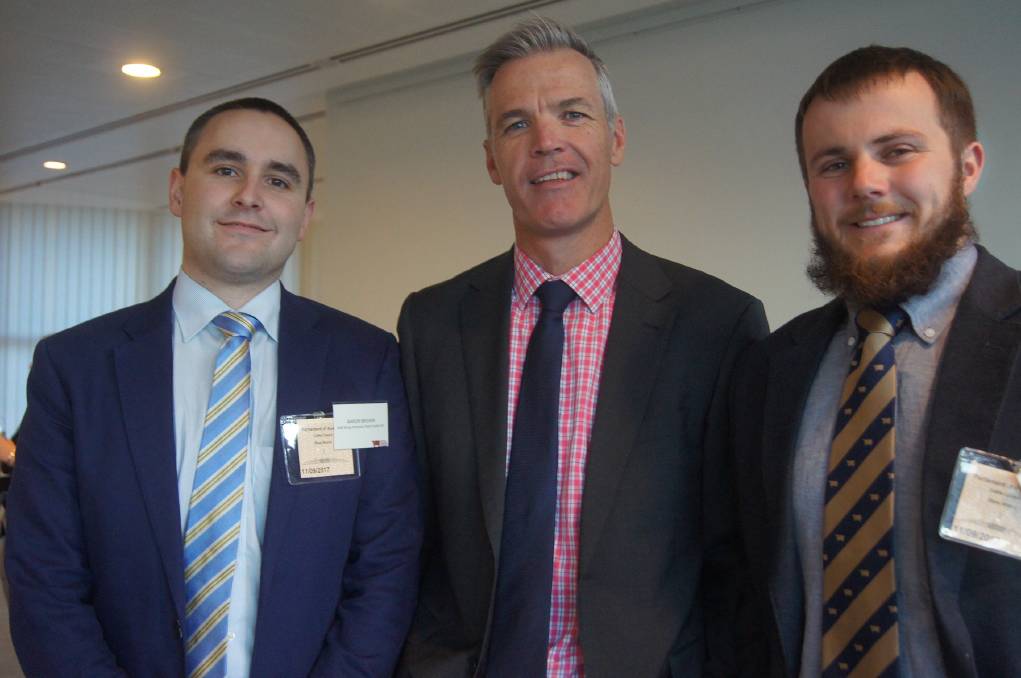 +7
Meet and greet event at Parliament House in Canberra

“We’ve had a lot of one-on-one sessions with industry leaders and parliamentarians and it’s been quite informative to hear about federal parliament and how Canberra is run,” he said.

“There’s definitely a lot more to it all than meets the eye.

“There are layers upon layers to deal with and you may not see it, and it often takes a while, but things are happening.

“They’re not instantaneous decisions and from an outside point of view it may seem like things can be taking a long time but movements are happening.

“There are layers of protocols to deal with and when dealing with international issues like trade, it’s even more layered.

“It also depends who you’re dealing with, in terms of how long it takes.

“It may be great to speed things up but it’s not always that easy.

“From what I’ve seen and learnt today, I’ve gained a deeper insight into how things work and why it can take time, to change things.”

Mr Beale said he’d visited Canberra as a tourist when he was younger but had now gained a greater appreciation of the city and an inside view of Parliament House.

Asked what he would say, if he had a minute to tell Barnaby Joyce anything he could about the beef industry, he said he’d let him know how important the live export trade is to the northern cattle industry and the need for market diversification.

“We still have a fair way to go to get back to where we were, but I’d be interested to hear Barnaby’s thoughts on how he thinks it’s all going and say if he could give producers a warning, if there was something coming our way, it would be good to know,” he said.

“I wouldn’t have anything specific to ask him but would say the live export trade is really important for the northern cattle industry but we’ve got to continue to open new markets and continue to diversify.

“We can’t put all of our eggs in the one basket because we’ve all seen how that all ended before.

“The more markets we can get into the better but we can’t sell Australian producers short either.

Assistant Minister to the Deputy Prime Minister Luke Hartsuyker met the NAB Agribusiness Rising Champions finalists during a meet and greet event at Parliament House and said it was an important capacity building program. 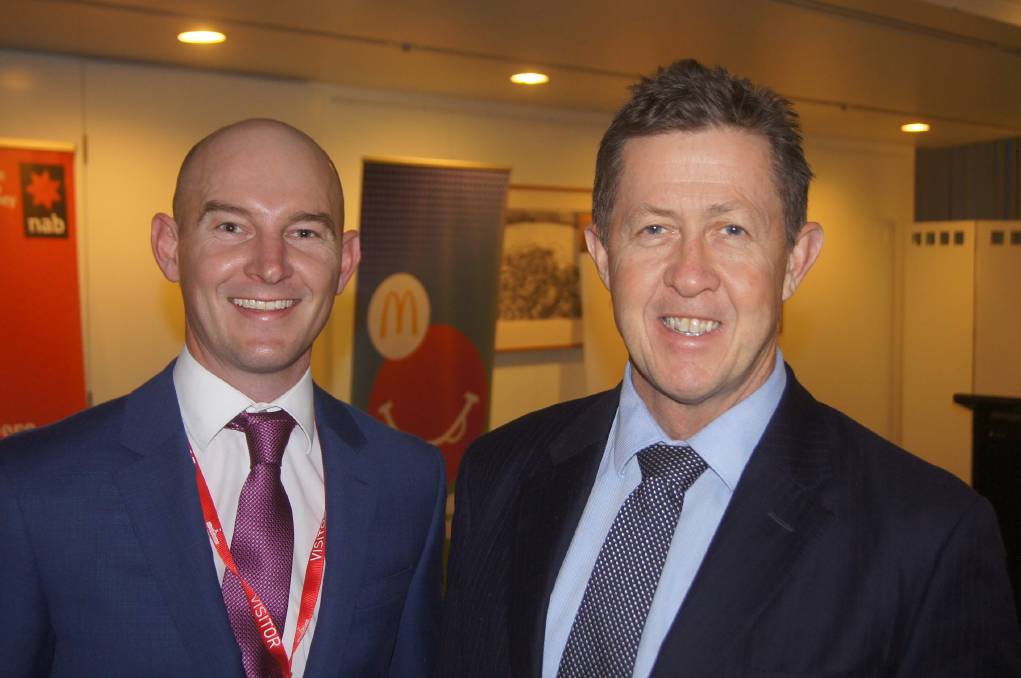 “I think it’s important that we encourage excellence and programs such as this do precisely that,” he said.

“In a competitive agricultural world we have to be innovative - which we are - but we also have to focus on continual improvement and bringing up our best and brightest and fostering our industry leaders of the future is an important part of that.

“My ministerial involvement in supporting Barnaby Joyce is mostly in the area of live cattle exports and in regards to trade issues, on a regular basis.

“I think programs such as this are an important part of ensuring that we maintain our excellence in those areas too.

“We have a reputation for producing clean green produce, that’s valued throughout the world, and reputations are hard won and easily lost.

“We have a very good reputation and we want to keep it that way and beef is also a big part of our free trade agreements as a high quality product that’s in strong demand.

“One of the finalists was talking to me about how his company is regularly exporting container shipments of our prime quality scotch fillet into the US, which seems a bit like carting coal to Newcastle.

“But that’s a testament to the quality of beef that’s being produced here in Australia.”

The NAB Rising Champions’ finalists also heard the inside view of Canberra from the likes of Department Secretary Daryl Quinlivan and other senior officials working in areas like market access and animal welfare.

They also gained insights into other strategic areas like public speaking and media management, financial management and how groups like the Cattle Council of Australia advocate on behalf of producers, to federal parliament.

The 2017 winner will be announced at a gala dinner on November 20 in Alice Springs.