Bayer and Bosch plan to replace the agronomist and the weed seeker.

SMART spraying may just be a concept, however with German giants Bosch and Bayer behind it, a concept may be turned into reality sooner then you think.

In a recent announcement multinational companies Bosch and Bayer said they will reveal details of their research concept “Smart Spraying” at Agritechnica this November.

In essence the concept will allow a machine to spot spray weeds, in the paddock, with different chemicals or mixes of chemicals depending on species identified .

Bosch said what sets their concept technology apart from previous systems, will be that it can distinguish between crop species and weeds.

Technologies such as  WeedIT and WeedSeeker currently only provide “green detection” in a bare paddock. 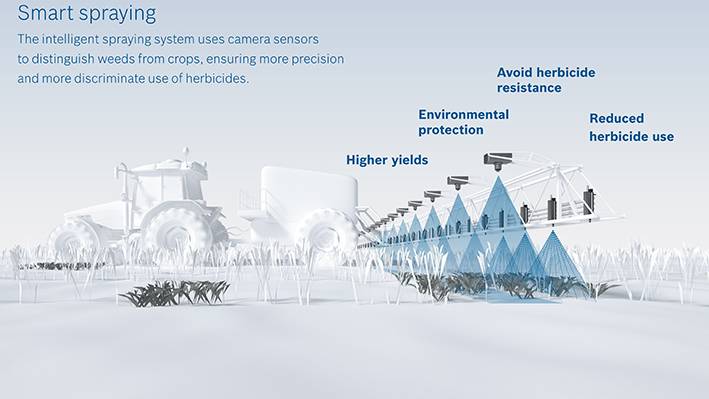 German multinational engineering and electronics company Robert Bosch GmbH (Bosch) is arguably the worlds largest supplier of automotive components, while the inventor of Asprin, German Bayer is one of the largest suppliers of agricultural crop protection products and is in the process of finalising the acquisition of Monsanto.

The companies announced “Smart Spraying” will be part of a three-year research partnership, where they will develop  technology that makes the use of pesticides more efficient.

Tobias Menne, head of digital farming at Bayer said he was positive about the partnership. ​

We want to break new ground by combining different technologies. Our aim is that herbicides are only used where they are really needed - Tobias Menne, Bayer

“Together with Bosch, we want to break new ground by combining different technologies. Our aim is that herbicides are only used where they are really needed,” he said.

Bayer will apply the experience it has gained in the fields of geographic information systems (GIS), including the development of algorithms as a basis for making agronomic decisions. 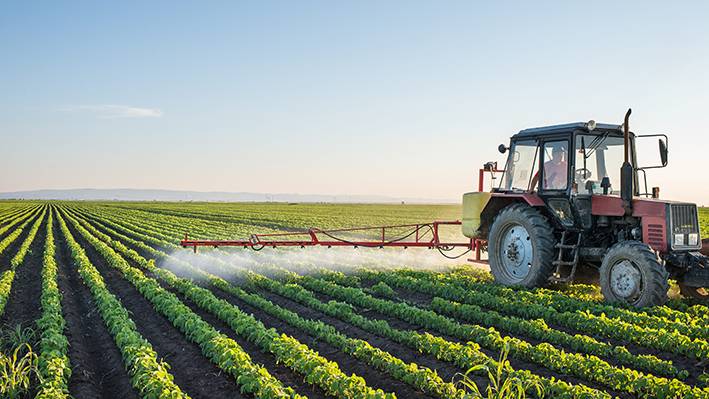 Dr. Markus Heyn, member of the board of management of Bosch said environmental sustainability was a motivation for the technology.

“Smart spraying sustainably clears fields of weeds. This safeguards yields while protecting the environment,” he said.

Bosch also said feeding the future population was also a motivation for the partnership.

“As the world’s population grows, the amount of agricultural land available per capita is decreasing.”

As the world’s population grows, the amount of agricultural land available per capita is decreasing - Bosch

“According to predictions made by the Food and Agriculture Organisation of the United Nations, farmers will have to sustainably generate around 50 percent more yield by 2050 in order to feed the global population.

“For this equation to work in the future, agriculture will require crop protection and technical innovation. Both have to be as environmentally friendly as possible,” it said.

Crops like wheat compete with weeds for water, nutrients, and a place in the sun, said Bosch.

“The result is poorer harvests. In order to combat these undesirable plants efficiently, the large-scale use of herbicides is usually the only remedy at present, even though weeds do not always grow evenly throughout the field.”

“The result is that crops and arable soils are also sprayed with pesticides – and that can be bad for the environment,” said Bosch.

Dr. Johannes-Jörg Rüger, head of commercial vehcles and off-road unit at Bosch said using camera sensors, the new smart spraying technology is able to differentiate between crops and weeds, the technology would then be able to target weeds with specific pesticides,

“With smart spraying, we are bringing more intelligence to the fields,” he said. 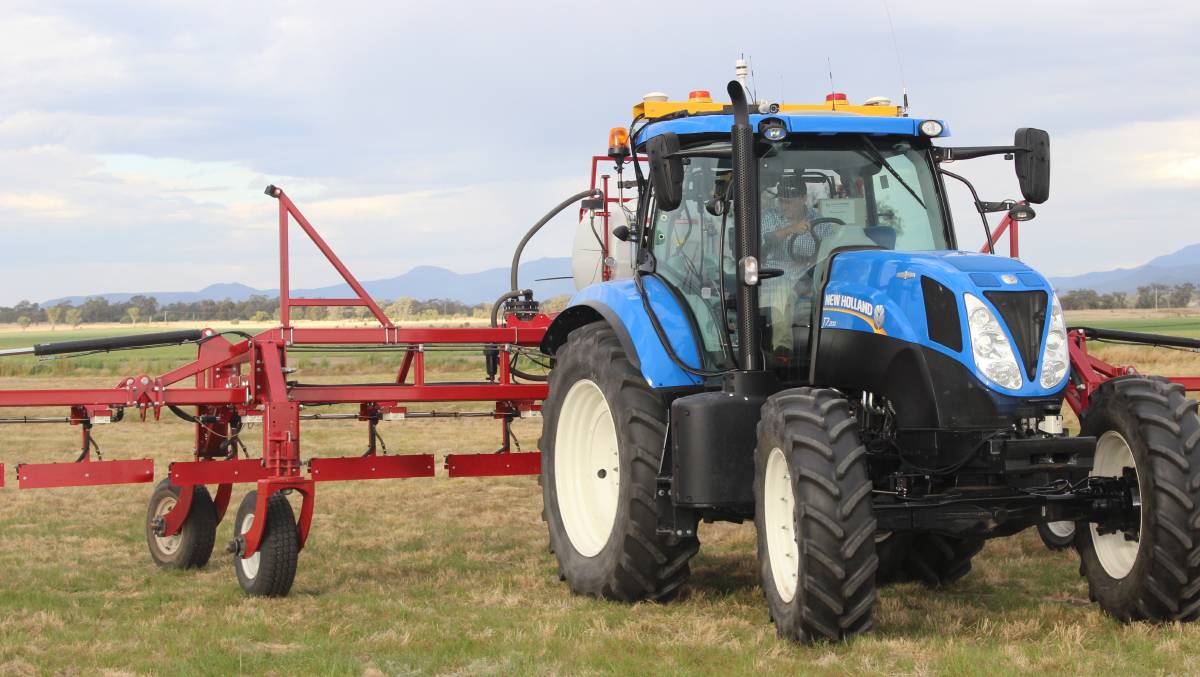 Croplands WeedIT technology uses sensors to spot "green" in the paddock and automatically spray the weed.

How it will work

Bosch said the technology will start before the farmer drives out to their field.

“A digital “field manager” helps them to assess the situation in the field and recommends the best time to treat weeds.”

“In one step, weeds are precisely identified and pesticide is sprayed in a single process as the crop sprayer crosses the field.

“Multiple cameras spread across the entire width of the crop sprayer take a continuous series of pictures, identifying the different weeds and allowing the optimum treatment to be defined.

In one step, weeds are precisely identified and pesticide is sprayed in a single process as the crop sprayer crosses the field - Bosch

“While the crop sprayer is still crossing the field, the herbicide is sprayed in the required quantity and mixture using the appropriate application parameters.

“While the relevant weeds are targeted, weedless areas remain untouched. All this occurs at lightning speed, within milliseconds,” it said.

Björn Kiepe, head of agronomy at Bayer’s digital farming unit said smart spraying would be a quantum leap in the fight against weeds.

“We are combining modern weed identification technology with the ability to apply different active substances as the situation demands.”

“This process is very precise, with a spatial resolution of well under one meter. This will make it even easier for farmers to practice sustainable crop protection,” he said.

Bosch said the system will take into account any previous application of pesticides, the interaction of different active ingredients and the best possible degree of efficiency of the herbicides being used in order to prevent weeds from developing resistance.