But his four year ride has typically been one mixed with political highs and lows and unexpected challenges, just like the fluctuating seasonal conditions and commodity prices faced by farmers.

Mr Joyce was first appointed Agriculture Minister after the 2013 election when the Coalition government came into office to replace the Rudd/Gillard/Rudd government after six years with his pathway to the top job facing an immediate challenge.

His Nationals colleague John Cobb was Shadow Minister in Abbott opposition and the only way the former NSW agri-politician and cattle farmer could retain his grip on the farm portfolio he was desperately passionate about holding onto in government, was to defeat Mr Joyce in a vote for the party’s deputy-leadership.

Having quit as a Queensland Senator at the election to move into the Lower House via the seat of New England in NSW, previously held by Tony Windsor, Mr Joyce’s long-held ascent to the leadership job was building momentum but it wasn’t automatic.

Despite Mr Cobb’s efforts and his first serious tilt at trying to thwart that future aspiration, Mr Joyce was elected to be Warren Truss’ deputy and with it came a pivotal ministry title.

With only a limited number of portfolio allocations entitled to the junior Coalition partner, as per their agreement with the Liberals, there was no room for Mr Cobb in the new federal cabinet, despite his front bench role in opposition.

At the time it was speculated he was offered an outer ministry role to assist Andrew Robb with his ambitious trade agenda - a task that would have boosted the Nationals’ efforts to lay claim to agriculture’s position in signing historic, upcoming Free Trade Agreements like with China - but he rejected it.

However, despite his bitter and ongoing resistance to Mr Joyce’s leadership dreams, and backroom efforts trying to block him replacing Mr Truss when he eventually resigned in early 2016, Mr Cobb’s legacy from opposition remains.

His initial policy work is enshrined in the government’s bold farm agenda, to primarily lift agriculture’s profile and make it a key pillar of the national economy.

When Mr Joyce talks about his success as Agriculture Minister, he may not refer to his former colleague’s part in helping to pave the government’s successful agenda of the past four years, including the policy platform taken to the 2013 federal election which included the sector’s first ever White Paper.

But he points to the proof in the economic pudding.

Mr Joyce was appointed Agriculture Minister on September 18, 2013, and one of his main legacies has been to champion the inclusion of Water Resources within the portfolio.

That’s enable a sharper focus on water-use for farm production, rather than remaining subject to the bureaucratic inertia of an environmental agenda measured more on its capacity to stifle economic output than working cohesively with the critical interests of farmers and rural communities at heart.

Mr Joyce as the Shadow Water Minister in Opposition and in pressuring Tony Burke around the design and controversial implementation of the Murray Darling Basin Plan, while keeping the Greens’ excessive environmental demands in check, made him a good fit with experience and tenacity to hold the expanded cabinet job.

That merger came about after Malcolm Turnbull defeated Tony Abbott in late 2015 to become Prime Minister a new Coalition agreement was signed, between the Liberals and Nationals.

Australia’s longest-serving Agriculture Minister (December 1958 to December 1967) is Charles Adermann who also represented the Country Party, for the Queensland seat of Maranoa.

Asked if he expected to break the all-time record for being the nation’s longest serving Agriculture Minister, Mr Joyce said “No I don’t think so”.

“That’ll be held by someone who died years ago,” he said.

“What that shows is our commitment to the task and this was something that I did because I loved it and will continue to do it.

“And because you have a passion in your portfolio, the passion is there for people to see. 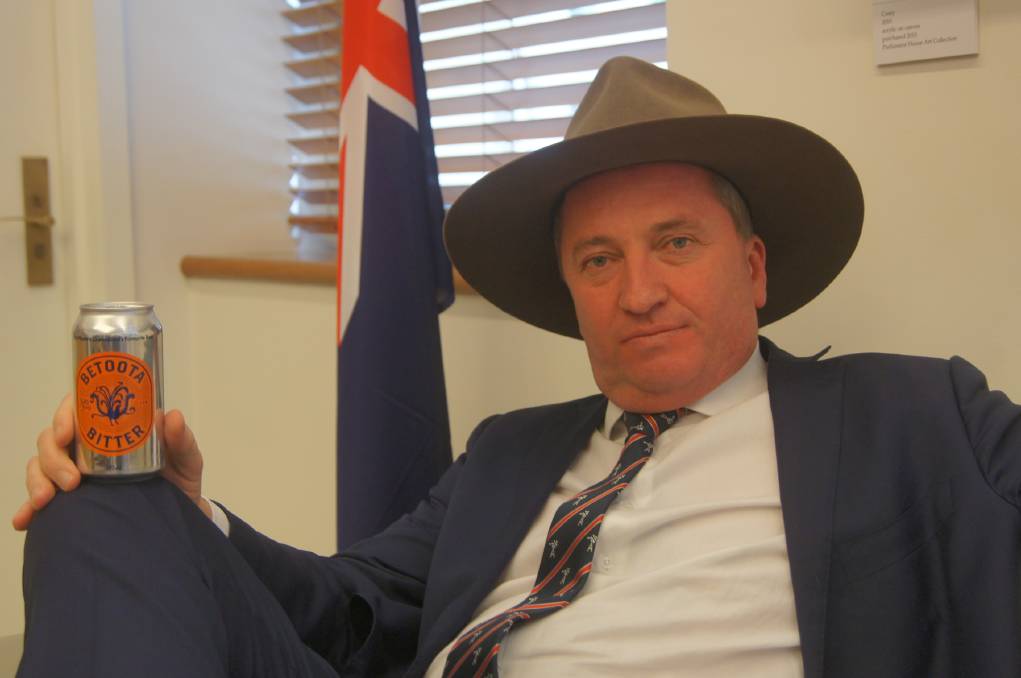 “We‘ve had the biggest turnaround in agricultural fortunes in our nation’s history.

“In fact we’ve grown the gross production by 30 per cent since we’ve been in government and we’ll continue.”

Mr Joyce pointed to major policy breakthroughs like reforms to country of origin labelling and him also being the Deputy Prime Minister while holding the Agriculture and Water Resources portfolio as examples of the new paradigm’s success.

Last week, he spoke to the Deputy Prime Minister of Singapore about exporting kangaroo meat to that market.

Mr Joyce said prices on some farm products like chick peas had increased by 800 per cent but other commodities, such as pork, were “doing it tough”.

“But that’ll turnaround again like dairying is turning around again and overall it’s been a very favourable time to be the ag minister,” he said.

“Some people say it’s been a free kick in front of the goal posts but ‘no’ it wasn’t.

“I had the drought, and the dairy crisis and a whole range of things happening in the middle of it all but we still managed to do it.

“When the Agricultural White Paper started off they offered us $30 million and it finished off with $4 billion.

“Look around northern NSW you can see all the big shiny new grain sheds everywhere.”

Mr Joyce said funding for beef roads, $8.4 billion for the inland rail delivered in this year’s budget and building irrigation projects were “all good substantial stuff” as well as funding for a new abattoir at Burke under the Building Better Regions Fund.

“We have delivered improved commodity prices and investment in infrastructure and now everyone, like the Treasurer, stands at the podium and says ‘what a great job agriculture has done’ and yes it has because we’ve been working hard at it for four years,” he said.

Last week, Mr Joyce told the House of Representatives agriculture’s improved standing was reflected in the most recent GDP figures where the percentage point contribution to year-on-year GDP growth of 1.8 per cent was 0.49 from agriculture.

“This goes to show what a difference a government makes,” he said.

“We note that for the year it's more than 22 per cent growth.

“The last quarter for the Labor Party went back by 0.5 per cent.

“So the difference is quite clear.”

Mr Joyce has accused Shadow Agriculture Minister Joel Fitzgibbon and the Labor party of having no agricultural policy.

But for his part, Mr Fitzgibbon says Mr Joyce will be remembered as the nation’s “worst ever” Agriculture Minister and his performance had been “hopeless” and “abysmal”.