ONEROUS and expensive regulations have denied farmers’ access to new and existing GM crop varieties, a regulatory review has been told. 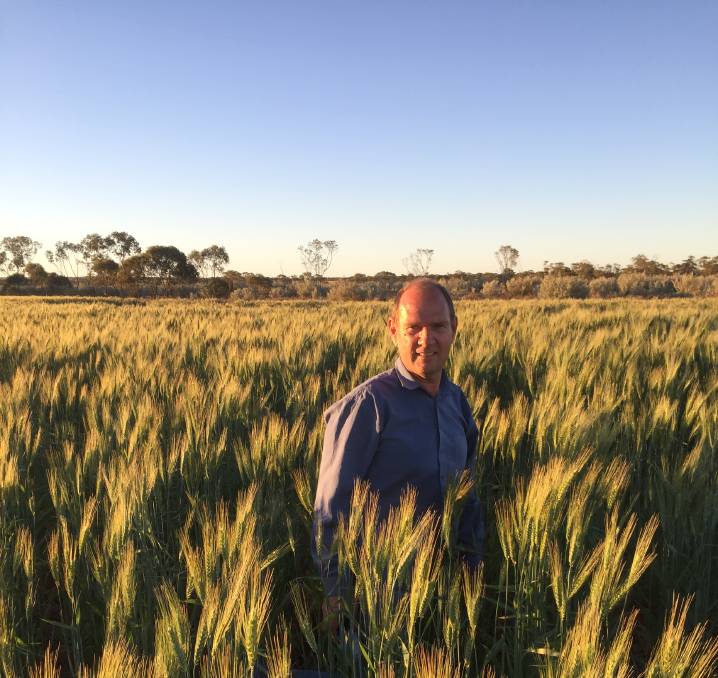 ONEROUS and expensive regulations have denied farmers’ access to new and existing Genetically Modified (GM) crop varieties and reduced their profitability while stifling the industry’s capacity to innovate, a regulatory review has been told.

Long-time GM cropping advocate and outspoken WA farmer Bill Crabtree has outlined his chief concerns about the negative social and economic impacts on agriculture, of the heavy-handed legal regime governing farm biotechnology, in a pointed submission to a fresh examination of Australia’s Gene Technology Scheme (GTS).

Mr Crabtree said the Office of the Gene Technology Regulator’s (OGTR) mandate was to ensure the continued protection of human health and safety - one of the review’s primary points of examination.

But he said the “powerful GM tool” has been produced globally for 20 years without causing any harm and could have made “much difference” to Australian agriculture, “but it seems that it has died on the vine”.

“As a passionate supporter and global champion of sustainable no-tillage agriculture, I believe this is a catastrophe for Australian agriculture,” he said while adding the GTS had also stifled agricultural innovation.

“At the same time it has put our rural Wheatbelt at an increasingly painful economically uncompetitive disadvantage.

“As a practicing farmer and agronomist and a champion for sustainable agriculture and winner of the 2009 Federal McKell Medal, I write to express my frustration over the impact of this regulatory process.”

Mr Crabtree said despite its intent, in reality the OGTR process “discriminates against Australian farmers and our agricultural productivity”.

“Large companies can afford to insert GM genes - and jump the regulatory hurdle - into their most economically beneficial crops like; corn, soya, cotton, alfalfa, sugar beet and canola, but these crops are mostly grown in the Americas,” he said.

“In contrast, due to the expensive GM regulation costs, we in Australia can see no potential future for GM gene insertions for wheat that would lift our rural productivity.

“There is currently no real appetite for any significant company - Monsanto, Bayer, AGT, Dow etc - nor government agency in Grains Research and Development Corporation, CSIRO and the state Departments of Agriculture, to register important GM crops as the regulatory hurdle is too onerous and expensive.”

The Legislative and Governance Forum on Gene Technology - Chaired by Nationals MP and federal Assistant Health Minister Dr David Gillespie and involving state and territory ministers with GM responsibility like health and agriculture - commenced what is the third review of the nation’s GTS, in July this year.

The laws aim to protect the health and safety of humans and the environment by identifying and managing risks associated with gene technology – a long-time concern held by GM critics.

The Scheme’s third review is being led by a working group of senior officials from Commonwealth, state and territory governments, supported by a panel of independent experts.

Its terms of reference will see the reviewers consider current developments and advancements in gene technology to measure whether the current governing regulations are suitable and flexible.

It will also consider funding arrangements in making any recommendations for changes.

Mr Crabtree – one of the most outspoken proponents of cropping biotechnology in WA who has long battled anti-GM activists - said nearly 90 per cent of the state’s grain crop was exported, but it had to compete with mostly GM corn or soybean, in export markets.

“This inequity has been hurting our agriculture increasingly every year since those crops were first GM-ed overseas in 1996,” he said.

“For 20 years this technology has cruelled our farmers and rural towns as we are each year increasingly uncompetitive.”

Mr Crabtree said to remain profitable, farmers have had to double their farm-size about every 10-15 years, which exposed, even the best operators, to “huge financial and emotional stress and risk, especially when two poor years dovetail”.

“While some may blame our lack of genetic progress on climate change, the truth is our 40 year old wheat varieties still yield similarly to recently released cultivars,” he said.

“In contrast, corn yields in the USA, with 12 stacked GM traits, go up near 10-fold more than our wheat in the last decade.

“Indeed, the end result has been that this registration process and cost has stifled our innovation.

“This contrasts the stated purpose of the OGTR.”

Mr Crabtree said a solution to the problem was to acknowledge that this “Australian agricultural history lesson” was a case of “Bootleggers versus Baptists or Greenpeace versus Monsanto”.

“It will go down as the decades of rural decline which accelerated due to an era of ‘political correctness’ where government employees or government did not provide the appropriate governance or scientific push-back,” he said.

“Secondly, is there time and a determination to fix this problem and stop the economic and social damage that has been done to Australian agriculture?”

The closuring date for submissions to the GTS has been extended until September 29.

The examination process will include consideration of other reports and reviews like the Productivity Commission’s recent inquiry into agricultural red and green tape which called for state based GM bans to be removed, in its final report, due to the lack of evidence of any negative impacts on human health or the environment, and the House of Representative’s inquiry into agricultural innovation.

Open consultation with stakeholders will be held in various formats including targeted meetings from November 6 to December 14 this year in the second phase of the review, while the third phase, anticipated in March next year, will see draft findings presented for stakeholder comment through online submissions.

The OGTR has also been conducting a technical review of the Gene Technology Regulations 2001, which started last year and has also involved gathering input and holding consultations with farmers and other core stakeholders like researchers.

The OGTR says the technical review is limited to the current policy settings of the regulatory scheme and any issues outside of its scope may be considered through the GTS review.

The OGTR says it’s working toward publicising outcomes of the technical review in time for future stages of consultation for the GTS examination.

The National Farmers’ Federation’s submission to the OGTR’s technical review said it supported gene technology research and development and believed the outcomes of R&D can contribute to meeting Australia’s future challenges.

“It is crucial, however, that regulation adequately safeguards against risks posed to human and animal health, and the environment,” the NFF said.

“Realisation of the potential benefits of gene technology within Australian farming systems is dependent upon a regulatory environment which promotes R&D investment.

“The ultimate aim of government should be to create an operating environment that encourages public and privately funded research and supports the development of Australian innovation, including in the field of gene technology.

“The guiding principle in determining whether a product should be regulated by the OGTR or not should be whether the modification introduces new genetic material.

“If the change uses technologies such as gene editing, producing a result that could have occurred in nature, it should not be regulated by OGTR.”

Cotton Australia said the currently regulatory system for gene technologies is not “sufficiently flexible” to accommodate advances in breeding techniques.

Its submission to the technical review said reviewing the current regulatory system and related legislation was “essential” to ensure that Australia’s scientists and cotton growers are “best positioned to utilise these technological advances”.

“The Australian cotton industry strongly supports the application of gene technology innovations to deliver productivity and sustainability gains to growers,” it said.

“Transgenic cotton currently accounts for over 99 per cent of the total area planted to cotton in Australia and has contributed to a 96pc decrease in insecticide use over the last 20 years.

“To ensure continued investment in innovation, Cotton Australia strongly supports a robust system for science-based and risk-aligned regulation that protects human and environmental health and provides a clear and predictable path to market.”

Cotton Australia said a continuum of techniques now existed between those traditionally considered to mimic natural processes and those which result in a GM organism.

“Additionally, new techniques are able to deliver significant advances in plant productivity and quality with a risk profile that is commensurate with natural processes and, should be regulated accordingly,” it said.

The GrainGrowers submission said genetic technologies which result in plant varieties developed through the latest breeding methods should not be differentially regulated based on the techniques employed during their development if they are similar to, or indistinguishable from, varieties that could have been produced through earlier breeding methods.

“This approach will promote innovation in plant variety development and provide enhanced choice for grain farmers,” it said.

But the Organic Industry Standards and Certification Council’s (OISCC) submission warned against changes that threatened export markets, in relation to proposed changes by the OGTR in reclassifying certain classes of GMs.

“This is clearly enshrined in law via the National Standard, which in turn delivers market access, and market premiums, for Australian producers and exporters.

“The proposed reclassifications, being out of step with some of our major trading partners definitions, runs the risk of the loss of those markets for Australian producers.

“We therefore caution against this set of proposals out of concern for the market impact and damage it potentially may have.”

An individual submission via email said consumers have a right to know what they are eating.

“Without proper testing and regulation we do not know if these new GM techniques that are proposed to be deregulated, are safe and we cannot chose whether or not we consume them,” one said.

“There is plenty of evidence that the impact of the existing GM foods on health and the environment is potentially detrimental.

“This is despite the fact that the majority of testing of these foods lacks scientific rigour and independence.

“Please continue to regulate these new GM techniques that are under review independently and thoroughly.”