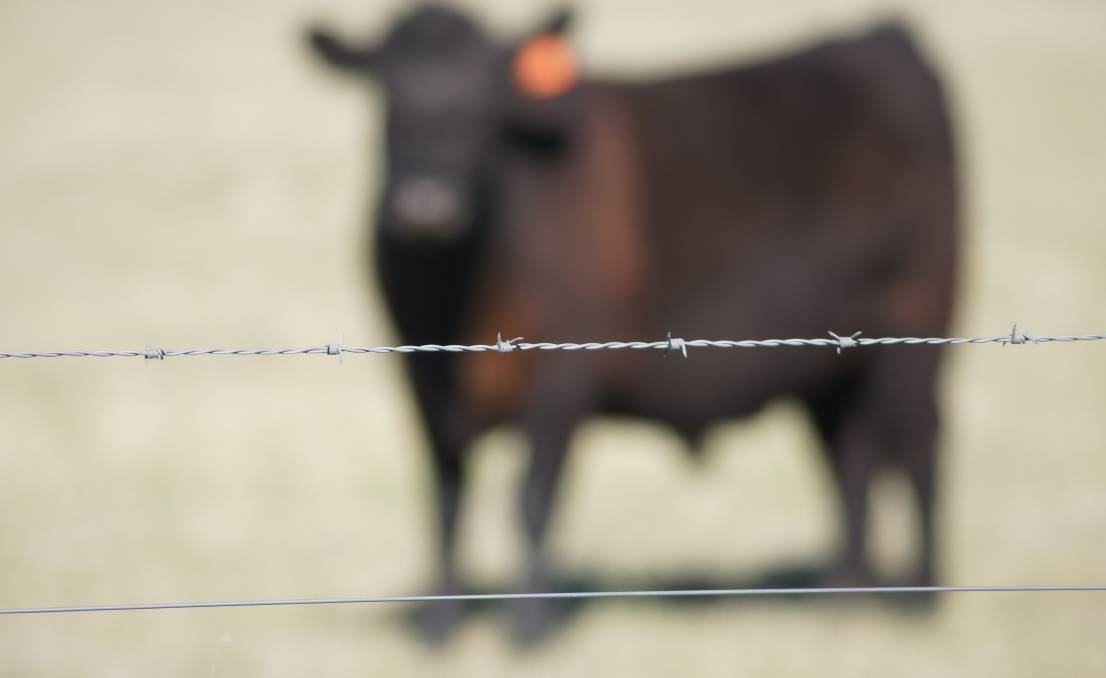 A NEW review of national biosecurity has suggested a legislated levy be implemented to raise funds in an ever-tightening political fiscal landscape.

A NEW report which aims to strengthen the nation’s biosecurity system to meet modern challenges like expanded farm trade has made 42 reform recommendations.

The extensive list of new policy demands includes calling for greater government focus on investments in biosecurity prevention strategies rather than costly eradication.

But the report has also suggested a legislated levy be implemented to raise funds in an ever-tightening political fiscal landscape, which would extend to farm commodity producers and be controlled by the Agriculture Minister Barnaby Joyce.

A review panel headed by Dr Wendy Craik assessed the Intergovernmental Agreement on Biosecurity (IGAB) that sets out the parameters of funding arrangements and other complex relationships underpinning different methods for tackling deadly and costly incursions like Foot and Mouth Disease (FMD).

After a draft report was tabled late last year, a final version was recently handed to the forum of Australian agriculture ministers, with the commonwealth, state and territory ministers agreeing to now develop a national inter-governmental response.

The report said Australia’s biosecurity system was a “trade and economic asset” that underpinned $59 billion in agricultural production, $45b of agricultural exports and a $38b inbound tourism industry.

“Our national biosecurity system does not exist as a single physical or legal entity.”

But the report said the review had also confirmed that the challenges facing government stewardship of the national biosecurity system “continue to build”.

“Biosecurity risks are increasing due to increased global trade and travel, increased agricultural expansion and intensification, increased urbanisation close to farmlands, and other factors such as climate change,” it said.

“A tight fiscal environment for governments has placed significant pressure on biosecurity budgets and the ongoing capacity of jurisdictions to meet their biosecurity commitments.

“Biosecurity stakeholders, especially those bearing an increasing share of the costs, want a greater say in decision making about the national system, greater alignment of biosecurity and market access efforts, more efficient delivery of government biosecurity services, and stronger arrangements for environmental biosecurity, among other things.

“Governments are committed to addressing these issues, but the efforts of biosecurity agencies are hampered by eroding biosecurity budgets, declining and uneven capability and expertise across the jurisdictions, leadership churn (ministerial and executive), patchy coverage by formal institutions and a lack of codified practices.

“That said, the policy and practical challenges of melding nine jurisdictional biosecurity agendas into one national system are significant, but progress is being made.”

The review found that government appropriation funding had “generally been static or in decline” while externally sourced funds like cost-recovered funds and levies had been increasing.

It said governments had some options available to provide a more sustainable funding base, including reviewing their own cost-recovery arrangements and implementing new biosecurity levies - for example, on inbound shipping containers, inbound passengers and land-owners - to contribute further to funding the national system.

“Governments have agreed sound national investment principles and frameworks under the IGAB - the challenge is building support within governments and with industry for implementation,” it said.

One of the report’s leading recommendations said all governments should review their current biosecurity expenditure with a view to redirecting funding to areas that provided the greatest return on investment to producers, industry and the community.

Another reform suggestion said the Australian government should enact legislation to implement a universal emergency response levy, with its activation for any particular industry group to be at the Agriculture Minister’s discretion.

“The legislation should provide the minister with discretion to set a positive levy rate to build an emergency response fund for an industry in advance of an incursion,” it said.

“The legislation should require that, for industries covered by an existing emergency response deed, the minister is to comply with the requirements of the relevant deed in making any decisions.”

Another recommendation said funding for the national biosecurity system should be increased by implementing a per-container levy on incoming shipping containers of $10 per twenty-foot equivalent unit and a levy of $5 on incoming air containers, effective from July 1, 2019.

It also called for a $5 increase in the Passenger Movement Charge by $5, effective from July 1, 2022, with the revenue generated hypothecated to the federal Agriculture Department for use nationally to enhance activities across Australia’s biosecurity system.

It also recommended more widespread implementation by states and territories of land-based levies, with each jurisdiction to determine the magnitude of a levy based on its circumstances, but to include properties at least two hectares or greater.

“The revenue raised by these mechanisms should be directed to those areas of the national biosecurity system that are currently most underfunded, with a priority for strengthening environmental biosecurity activities, national monitoring and surveillance activities, R&I (Research and Innovation) and national communications and awareness activities,” the report said.

The report said the review panel’s views of the national biosecurity system were similar to those outlined in the findings of a 2014 inquiry by the Productivity Commission of Australia’s natural disaster funding arrangements.

The Commission’s inquiry found that Australia was exposed to natural disasters on a recurring basis - but current government funding arrangements weren’t efficient, equitable or sustainable and prone to cost-shifting, ad hoc responses and short-term political opportunism.

The biosecurity review’s report said it was wiser to spend money on prevention and mitigation measures in advance of an adverse event occurring rather than on recovery and rectification - but in most cases that didn’t happen.

It cited the 2015–16 national stocktake of biosecurity investments which revealed about 63 per cent of state and territory investment was directed at areas where the return was generally lower - that is, established pests and diseases.

“Benefits to farmers, industry and the community would flow if the current expenditure profile of the state and territory jurisdictions could be reformed to align more closely with agreed national biosecurity priorities,” it said.

“The costs for the equine influenza response were over $342 million, while the response to red imported fire ants has cost $340m so far, with a further $380m likely to be committed over the next ten years.

“It is worth noting in this context that a major incursion has the potential to massively impact on the economy, with costs much broader than direct eradication costs.

“For example, ABARES has estimated that a large-scale foot-and-mouth disease outbreak would cost Australia in the region of $50 billion over 10 years.

“Unless there is greater investment in prevention, early detection and eradication activities then major response and management costs can be expected to increase in the future, placing a growing and unpredictable burden on government budgets and potentially leading to choices having to be made between eradication efforts to be funded even where the cost–benefit outcomes are clear.”

The report showed that the national stocktake of biosecurity investment for 2015–16 revealed the Australian government obtained 71pc of the funds it spent from external sources like cost recovery and levies and 29pc from budget appropriations.

By comparison, the states and territories obtained around 35pc from external sources and 65pc from budget appropriations.

“The panel acknowledges that there are differences in the services provided between the jurisdictions and that it is not sensible to expect the states and territories to recover the same amount as the Australian government does through fees and charges.

“However, the Australian government has clearly benefited from the review it conducted in 2015 and not only through the increased recovery of funds.

“There would be significant advantages for the states and territories in reviewing their cost recovery arrangements.”

The report also said in 2014-15 approximately $51.4b (95pc) of Australia’s total Gross Value of Farm Production of $54.3 billion - excluding forestry and horse production - was covered by signatories to the emergency response deeds.