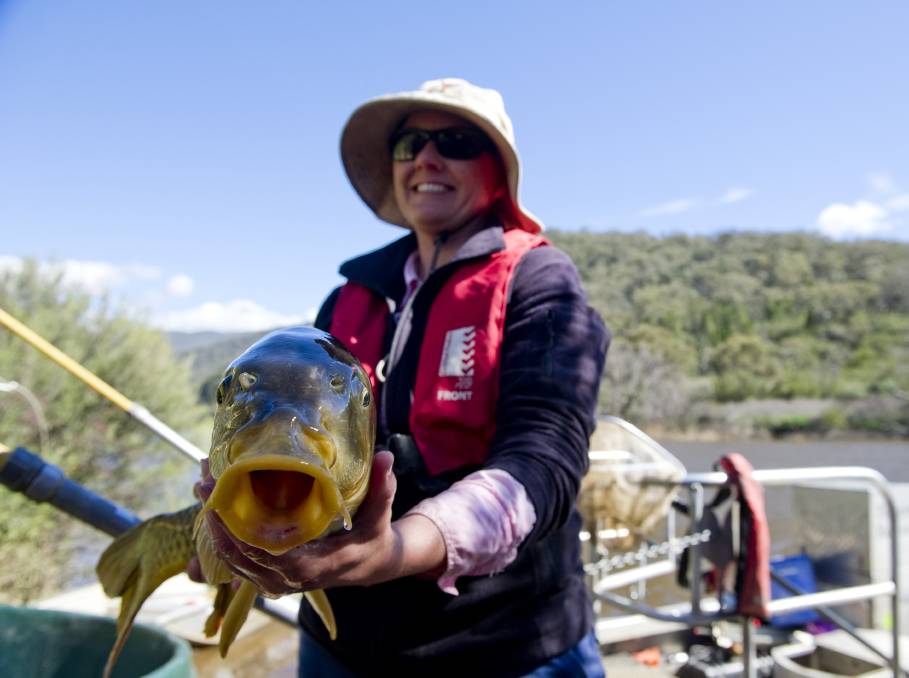 Carp are a damaging pest in waterways across the country. NSW Fisheries electro-fishing on the Upper Murrumbidgee River to tackle carp's impact on the endangered trout cod. Photo Jay Cronan

CARP control is coming to a town near you in the Murray Darling Basin and the national program to eradicate the damaging pest wants your help.

The National Carp Control Plan is focused on developing a biocontrol, and is investigating the impact of release the carp herpes virus.

The program has partnered with state agencies and Natural Resource bodies to host 40 community meetings starting on October 16 in Horsham, Victoria and with meetings across the Basin to follow.

National Coordinator Matt Barwick says community briefing sessions are critical to ensure affected communities get up-to-date information and provide a forum for people to engage with the program.

Each session includes a workshop of representatives from key stakeholder groups 12pm to 4pm followed by a community briefing session from 6pm to 8pm.

The species is now endemic in waterways in all states and territories except the Northern Territory. Estimates place the economic value of damage to environment, social and economic assets at more than $500 million.

Carp populations exploded across the Basin since the 1950s and ios estimated to comprise 90 per cent of the total weight of fish, or biomass, in the Basin.

Researchers from a range of Australian institutions are collaborating to develop the best-practice method of calculating the exact biomass of carp.

The release of the carp herpes virus was recently found to be the cause of carp population collapse in the Mississippi River, in the United States.

Meanwhile, an evaluation by the Murray Darling Basin Authority of native fish populations showed some species have improved, others remain stable while some are in decline.

Watering programs have encouraged spawning events for Golden perch, Murray cod and Silver perch in various locations, while  the Yarra pygmy perch, the Purple-spotted gudgeon and the Southern pygmy perch, have been identified as in decline.