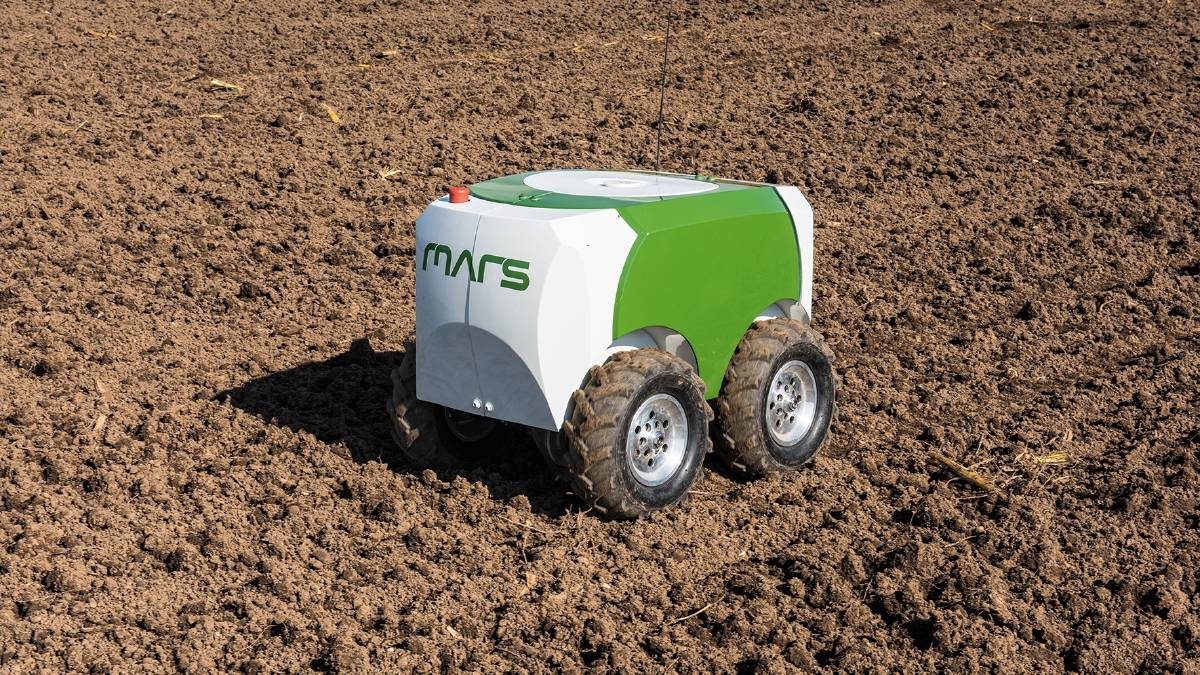 The Fendt MARS robotic system, capable of sowing a field of maize, will be awarded an Agritechnica Innovation Award silver medal in November.

A SMALL robotic army capable of working together to sow a maize crop will be awarded a prestigious silver medal at the Agritechnica Innovation Awards in November.

Weighing in at a mere forty kilograms each, the cloud controlled battery powered robots are the creation of Agco brand Fendt.

Fendt said the project vision was a field robotic system attractive to the farmer of the future.

“They are mobile. They are cloud-controlled. And they are many,” it said.

“As a team, they collaborate in a completely autonomous and efficient way and with high precision. The basic idea is simplification.”

“The use of a large number of small, identical robots operating in a swarm enables smooth running of the job, even in the event of the failure of a single unit.”

“Their light weight results in a high level of safety and negligible soil compaction.

That the project will be awarded a silver medal by Agritechnica indicates MARS is not simply another concept, but is field ready.

“Award-winning products must be fully functional at the time of the exhibition and ready for market launch at the latest in 2018,” said organiser of Agritechnica, the German Agricultural Society (DLG).

Silver medal awardees for innovation must represent a significant advance on currently available machinery, both in function and in how well they perform the job they are designed for.

Agricultural machinery manufacturing is at a junction said the DLG.

“There has been much discussion on whether the trend in farm machinery manufacturing will continue towards ever bigger and more powerful individual machines,” it said.

“Or to will it go to swarm solutions, that is, many small machines.”

The Fendt MARS system is the first marketable application of swarm technology in agricultural engineering, and thus presents a completely new solution - DLG

“The Fendt MARS system is the first marketable application of swarm technology in agricultural engineering, and thus presents a completely new solution.

“The system relies on a number of small, auto-steered and electric units that are deployed for maize drilling.”

DLG said the units weigh about forty kilograms each and are a cost efficient alternative to larger machinery.

“The autonomous units are filled with seed by an operator, who also monitors their operation and who hauls them to the field on a trailer,” said DLG.

“The swarm units coordinate their work in the field, reduce compaction and minimise the hazard that big machines pose to humans and the environment.

“The robots log all job data into the cloud, and communicate with each other and the operator.”

The MARS robots will be unveiled in November at Agritechnica.