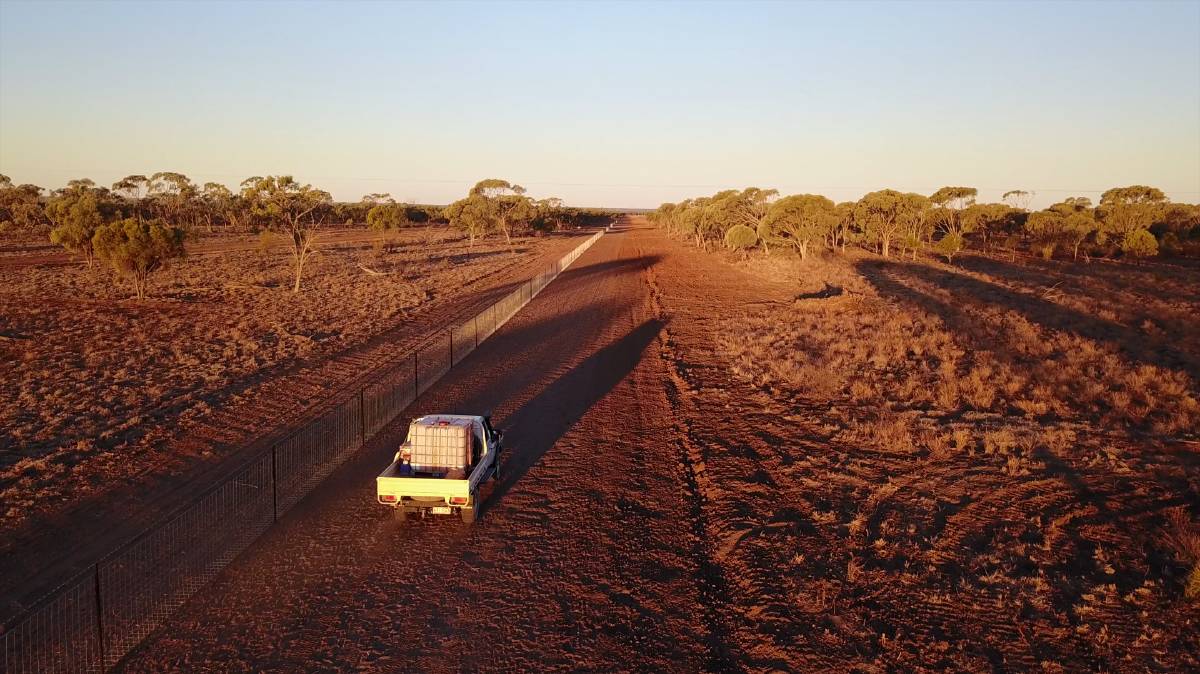 This article is sponsored by Whites Rural.

“Productivity gains is primarily the ultimate goal in exclusion fencing and that can take many different forms,” according to Whites Rural’s national sales manager, Matthew Stinson.

The widespread adoption of exclusion fencing across mainland Australia is proving to be a valuable investment for cattle, sheep and goat producers who seek to safeguard their stock, their feed and their bottom line.

Mr Stinson said exclusion fences are also helping to reduce the spread of noxious weeds, “pigs in particular have the ability to transport noxious weeds like prickly acacia, and producers are also seeing the benefits in controlling and excluding  feral animals”.

“Theoretically if you’re a sheep producer you’re lambing percentages improve, your growth rates improve and you don’t have wild dogs chasing your sheep around all night,” Mr Stinson said.

“That would also be applicable to cattle producers – we’re getting reports back from a number of cattle producers who are seeing injuries to calves and seeing dead calves – primarily in Queensland.”

Whites Rural’s innovation and technical development manager, Mr Brian Gray said wild dogs have the ability to kill 10 or more sheep in one go in some areas in Queensland.

“This has made the difference in running and not running sheep in those areas and now producers can actually bring sheep back to areas where they could not have run without exclusion fencing,” Mr Gray said.

Farmers are seeing their stocking rates improve and their feed is lasting longer going into winter – so they’re not getting the big peaks and troughs in availability in feed. - Mr Matthew Stinson

Mr Stinson said starting with a clear objective and a solid plan is paramount to building an effective and cost efficient exclusion fence.

First and foremost identify your threats and what you want to achieve. Then work out a formula that you will apply to help protect your livestock and increase your productivity levels.

This involves outlining the type of materials required to build such a fence and the most effective application with the least damage to your hip pocket.

Are you keeping out predators or endeavouring to prevent stock from escaping?

Will the pressure be over, under or through your fence?

“The first choice for nearly all animals is going under and that’s a really important thing – most people think they go over the top,” Mr Stinson said.

​A cost benefit analysis will help you calculate whether it’s a worthy investment for your business.

Take time to plan and consider all factors; such as landscape, soil, access points, watercourses that may interfere with your fence line or areas prone to flooding. 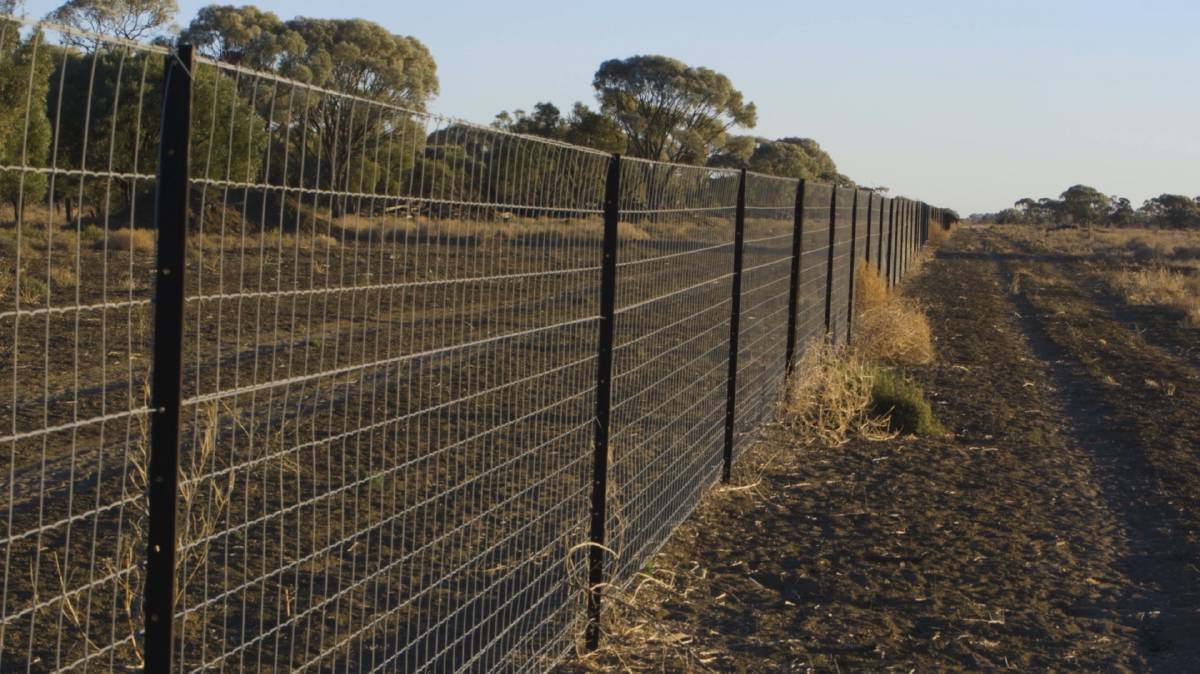 “With the technology these days there’s a lot more flexibility with the manufacturing of fences – you can almost make a fence for the type of animal you’re trying to keep in or out,” Mr Gray said.

Talk to your neighbours – clear communication is key

“Good fences make good neighbours. You’ve all got to be on the same page – it can create friction if you’re not,” Mr Stinson said.

“Clusters effectively create a boundary – but you then need to assess what you do internally,” Mr Stinson said.

“You may do a lesser specification fence internally – but it does require coordination to effectively do that,” Mr Gray said.

Since there are a lot more case studies Mr Gray said he’s seeing “less variations and more standard type fences being built – so people don’t need to reinvent everything”.

“There’s a lot to be said for spending time on getting the foundations of the fence right – that means laying a good pad,” Mr Stinson said.

Using a grader is advised and being mindful of maintenance in the future will help save time and money.

“Too many people erect a fence right next to an old fence – it’s very important to clear a line and get an even flat pad, otherwise your apron won’t sit flat – creating openings where animals can get through.”

Tricks of the trade – what to use and why 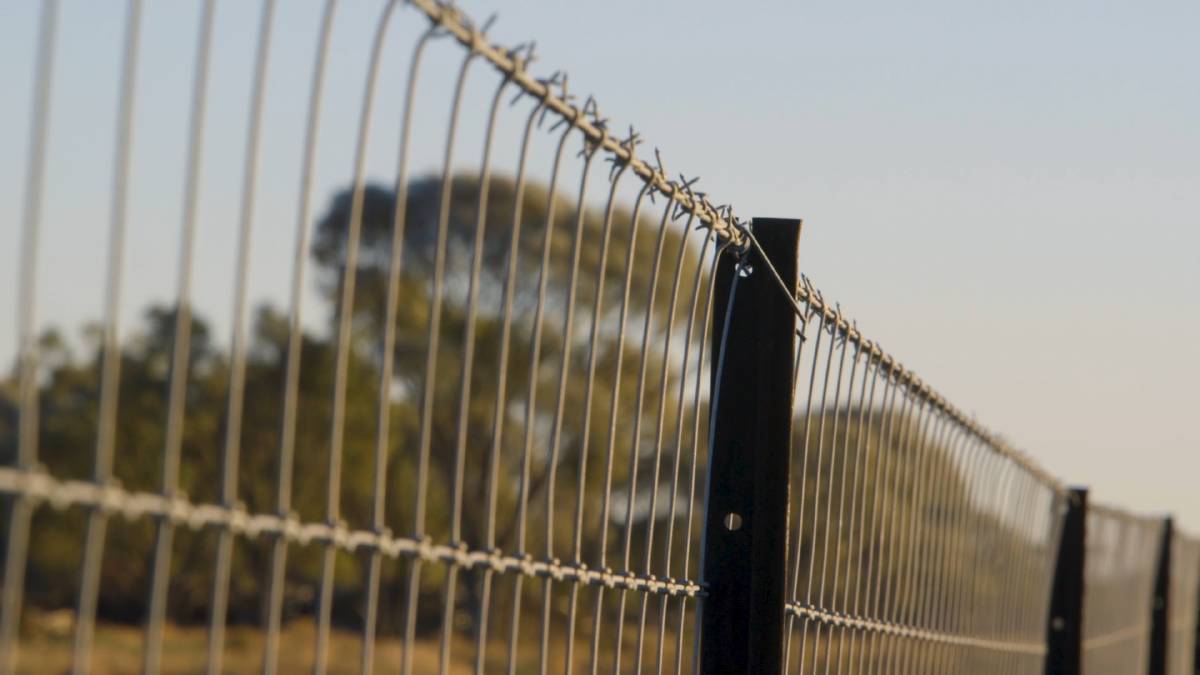 “Using a top barb can help a 90cm or 115cm fence, particularly with keeping livestock off the fence – it’s a good deterrent for that."

Mr Gray recommends making-your-own end assembly lines stronger (by concreting into the ground) because you’re putting up 15 line wires in an exclusion fence instead of five to seven.

“These newer fabricated fences, like the Stiff Stay product also allow for greater flexibility on where you put your wires,” Mr Gray said. 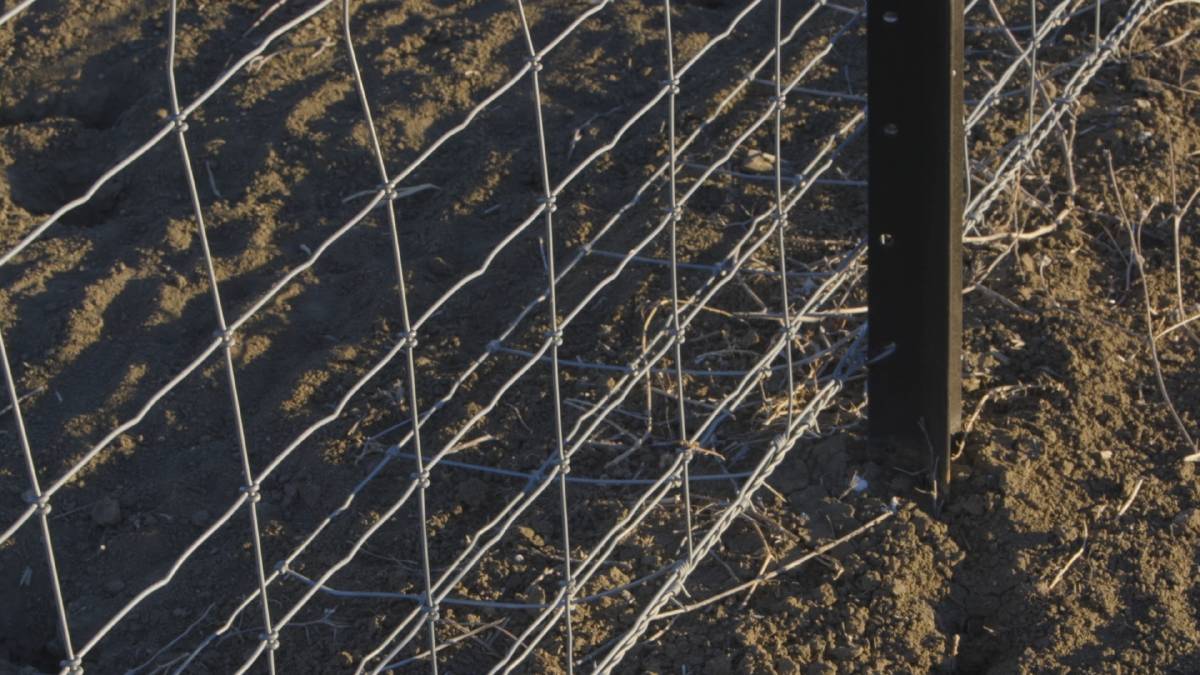 “Aprons have a tendency to kick up, so you need a slight fall on your apron. Straining your apron needs to be under the right tension to keep it flat,” Mr Stinson said.

Taking shortcuts or using less materials than required will hinder the effectiveness of your fence; creating headaches in the future.

“People are trying to keep their costs down by spreading their posts too far apart – to make it go further,” Mr Stinson said.

With consideration to terrain, Mr Stinson generally recommends six to seven metres at the most between post spacings, although he finds people are pushing that out to 10 metres.

Mr Gray said people want to erect their fence quickly too so “they’re stretching end assemblies out quite a distance, for kilometres in some cases and it creates big problems with floods or fire”. 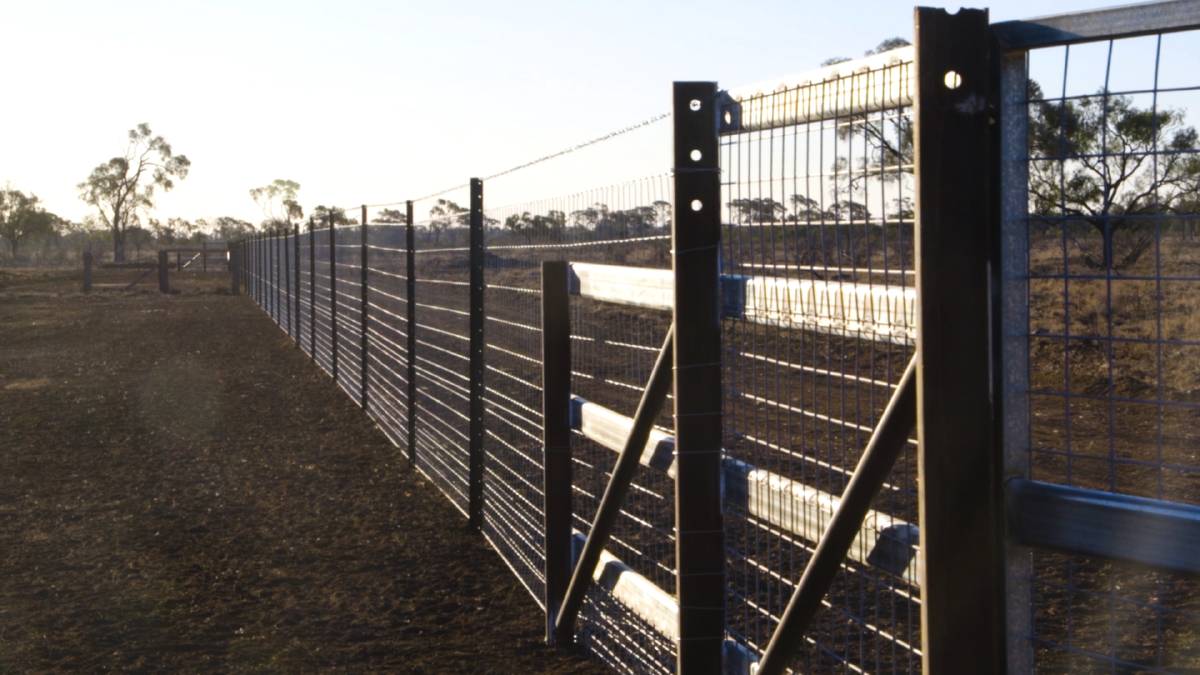 “In flood prone areas we’d recommend putting strainer posts either side of the waterway to minimise flood damage. To ensure the longevity of your fence, we’d also recommend keeping the distance between strainer posts to 500m,” Mr Gray said.

The common misconception of over straining

“The biggest mistake is over tensioning fences,” Mr Gray said.

“The fence absorbs the weight of cattle and even changes in temperature – it’s designed to absorb pressure and then release.

“So if you over tension, you take a lot of extra pressure on and there is nowhere for it to absorb the pressure and that can often result in breaks.”

The initial stages after completing the fence are critical. Looking for pressure points and fixing those promptly is important for maintaining its effectiveness.

Mr Stinson said putting up the fence is just the beginning and “consideration and coordination with neighbours is required to employ an effective eradication program” that will be fundamental in increasing future productivity gains.

This article is sponsored by Whites Rural.