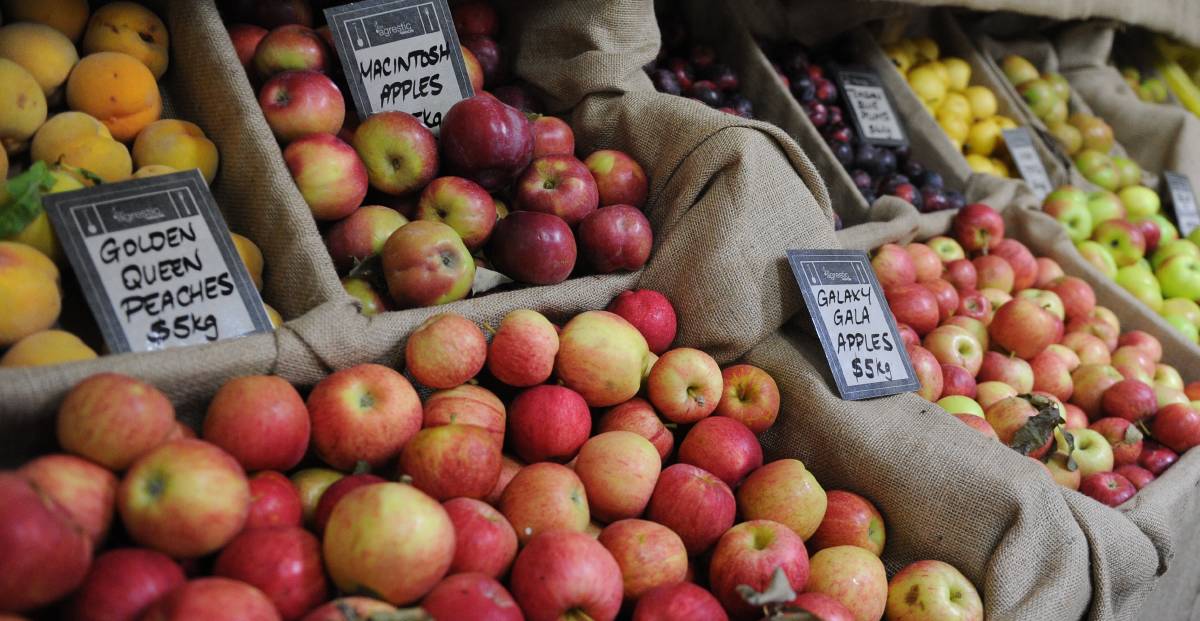 Most Australians consider themselves relatively careful, ethically-conscious consumers, but in reality we’re a nation of hypocrites, wasting almost $10 billion of the food we buy each year.

Younger, Generation Y, consumers – particularly in NSW and Victoria – are the worst offenders, but on average all Australian households throw out about 14 per cent of the food they buy, effectively each wasting $1050 annually.

That adds up to $9.6b in wasted food purchases nationwide, according to research findings by online banker, RaboDirect, in its annual national financial health barometer survey.

The latest study of 2300 consumers aged 16 to 65 also found shoppers who routinely wasted food were more likely to be buy clothing they rarely, or never, wore and ran household appliances such as clothes driers when they did not need to.

There’s a big opportunity to waste less and save more simply by understanding more about food, farming and the production chain. - Bede Cronin, RaboDirect Australia

City consumers throw away more than 16pc of the food they buy each week, according to the financial barometer’s food and farming report.

In country areas about 10pc is wasted, suggesting those with greater knowledge of farming and food production are more likely to be careful about making full use of their food.

Ironically, the report noted the vast majority of Australians were frustrated by wasteful food use habits and annoyed when they had to discard food which was no longer edible. 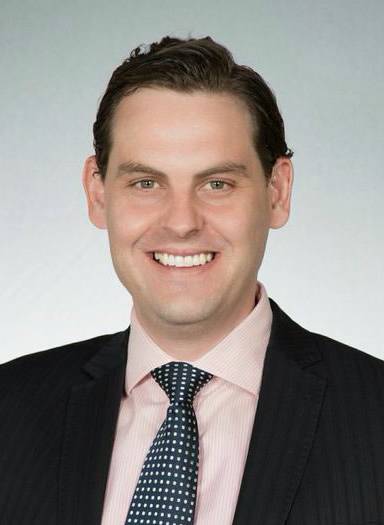 Head of RaboDirect Australia, Bede Cronin, believes consumers will be much more careful about avoiding food waste once they understand the food production process.

“Even a small reduction in household waste can have a significant impact on your own budget and the food value chain and the environment.”

RaboDirect found while 76pc of respondents cared about food wastage and 53pc considered themselves ethically conscious consumers, their actions did not necessarily match.

In particular, 56pc of city dwellers considered themselves ethically conscious, but Mr Cronin said this perception clearly did not translate into action.

Victoria has Australia’s most wasteful consumers, with almost 20pc discarding more than 20pc of their grocery purchases, followed by NSW (16pc), and South Australia and Western Australia (13pc).

NSW attitudes have improved – the state led last year’s tally with 18pc of respondents admitting they binned at least a fifth of their their weekly shop. 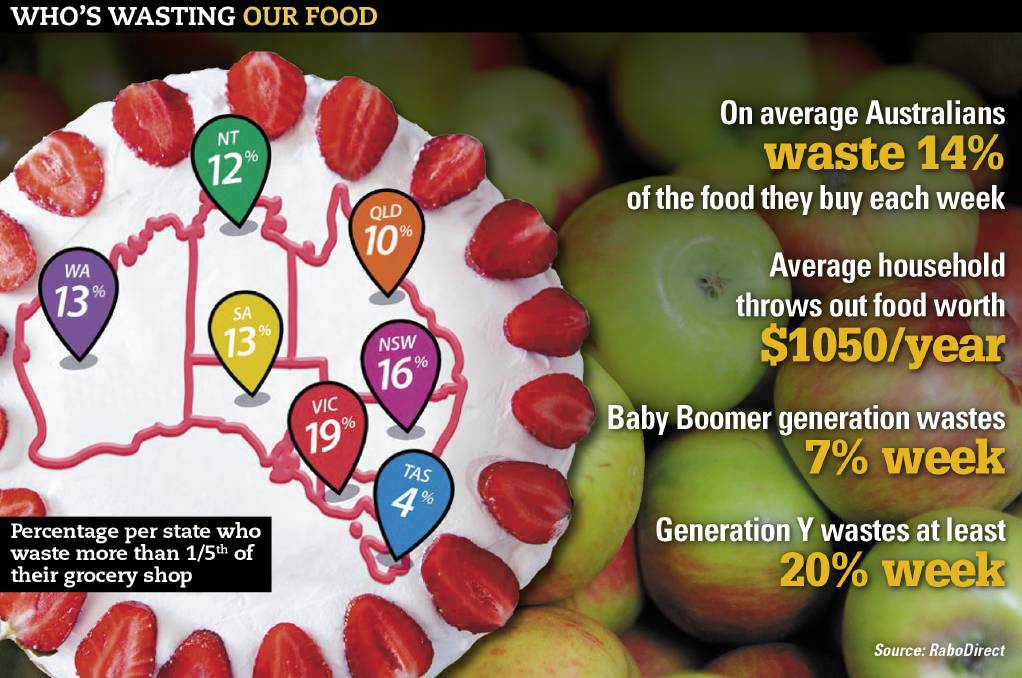 Tasmanians continue to be Australia’s least wasteful food shoppers, by a long way.

Just 4pc waste more than a fifth of what they buy.

Nationally, the Baby Boomer age group (born before 1961) also stands out, with just 7pc discarding more than a fifth of their purchases, while Generation Y (born between early 1980s and 2000) continue rating worst, with one in every five throwing out at least 20pc each week.

The report suggested poor shopping habits or inadequate attention to detail resulted in about 43pc of Australian consumers buying too much food and subsequently tossing some out, or finding the food they bought was not what they expected and leaving it uneaten.

Mr Cronin said the report was not intended to be a “Generation Y bash up”, but it highlighted the difference between consumers who understood quite a bit about farming and food production and those who did not, and how that knowledge tended to relate to wasteful habits.

For example, 36pc of Baby Boomers had “quite a good” understanding of food production, but only 23pc of Generation X (1961-80) and 29pc of Gen Y had the same sort of knowledge.

Overall, half of all Australians felt they only knew “a little bit” about agriculture and food production.

The report noted those who felt the farming was an important industry were more likely to waste less than 10pc of what they bought.

Half of those were even happy to pay more for local produce.

“There are some encouraging signs to work with,” Mr Cronin said, believing younger consumers may yet prove to be far more astute shoppers than current trends suggest.

“Gen Y is already much more committed to making the most of superannuation savings than any other age group has been, so we are looking to make them more aware of how they can reduce wastage and save more in the long run.

“Our mission is to help Australians make the most of every dollar they can save and contribute to their wellbeing.”