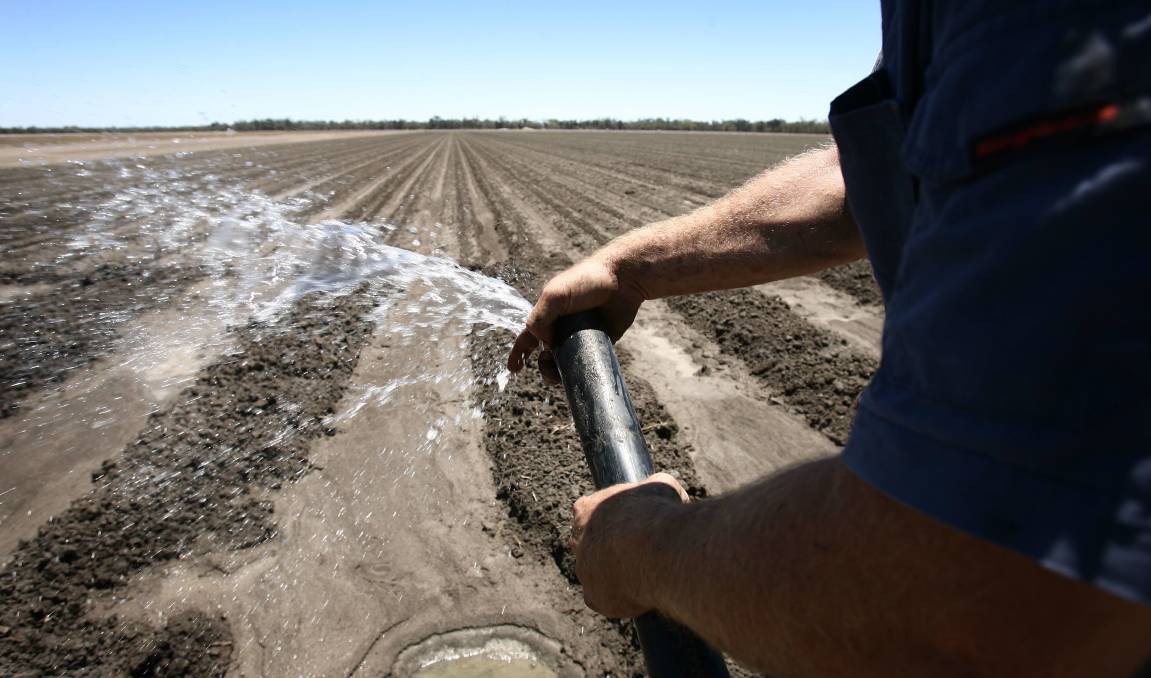 NSW’s water woes are deepening by the day with a tide of revelations highlighting significant flaws in the state’s management of the public resource.

Water compliance agencies, the cops on the beat for water theft and illegal works, were in “disarray” from 2006 to 2009 and despite numerous recommendations to government water agencies not much has improved since.

“The issues highlighted in the current investigation are strikingly similar to the ones we found in our previous investigations,’ the Ombudsman said.

Three previous reports dating from 2007 were not released publicly. Today, the Ombudsman took the unusual step of tabling an interim report, not due for completion until 2018, for public view.

During our first investigation from 2006 to 2009, the Department’s compliance function was in disarray. - NSW Water Ombudsman

The Ombudsman’s office completed three investigations since 2007 and is in the midst of a fourth investigation.

Acting Ombudsman Professor John McMillan will step down from the role on December 4, with new leader State Coroner Michael Barnes coming into the role, and set to finalise the latest investigation by April 2018.

Unlike the three previous investigations, this interim report released today does not make findings.

Regional Water Minister Niall Blair indicated in parliament today, in response to questions from Greens water spokesman Jeremy Buckingham, that he would not table the findings of previous or the pending investigations.

The Ombudsman said two areas of significant concern remained constant since 2007: whether enforcement of compliance is properly resourced and funded and the impact of persistent changes to water administration structure.

Frequent restructures had damaged the ability of the agency to deliver an effective compliance and enforcement program, the Ombudsman said.

Frequent changes also led to a loss of corporate knowledge and productivity and low morale, which hampered the Department’s ability to foster a positive culture and moral was low among on the ground staff.

Compliance officers often received “no training or guidance” for the complex scientific issues they were required to deal with.

Over a decade of investigations, the ombudsman found water administrators had failed to identify problems and improve the situation.

“There were no adequate policies, no proactive monitoring of compliance… no compliance strategy, and poor record keeping,” the Ombudsman said.

An investigation in 2011 to 2013 found excessive delays in enforcement and prosecution of breaches of the law before the statute of limitations for an offence expired.

Officers told the Ombudsman they were transferred from native vegetation issues to water compliance in 2007, describing the transfer as “sudden and communicated by overnight emails without warning or preparation”.

Consequently there is lack of enforcement action and prosecution over identified illegal activity.

Ombudsman reports between 2009 and 2013 detailed various compliance and enforcement concerns around a single alleged offender who had built unlawful farm dams on a permanently flowing creek - but the reports were not published.

The works detailed by the Ombudsman - which included a dam increasing from 0.5 ML at the time of the first investigation to 11.3 ML - finally resulted in a $90,000 fine plus prosecutor fees for the offender, but required navigation through a 10-year saga of delays and ignored recommendations that “highlighted systemic issues with the department’s conduct of its compliance and enforcement functions.”

The SIU within DPI Water was scaled down and rendered ineffectual by a staffing reduction from the original staff of 12 officers down to six in the months preceding the split, the Ombudsman said.

Four officers were transferred to Water NSW and there was no longer a unit comparable to the SIU in DPI Water.

Compliance enforcement plummeted over this period, falling 620 actions a year to just 200 in 2016-17.

The Ombudsman issued a stinging rebuke to water management culture, which carried into Minister Blair’s reform:

It’s been a turbulent past few months for government on water matters.

In July Four Corners alleged water theft by cotton irrigators in the Barwon Daring system and widespread meter tampering as well as state regulators failing to enforce compliance regulations and colluding with irrigators to access water recovered for the environment by the Murray Darling Basin Plan.

This prompted NSW Regional Water Minister Niall Blair to refer the matters to Independent Commission Against Corruption, while also instructing Water NSW to address allegations, and ordering the independent Matthews Review, which is due to report by November 30.

In recent weeks, Mr Blair backtracked on Water NSW’s compliance responsibilities and is establishing an independent compliance body headed by an expert panel.

Mr Buckingham called for a Royal Commission into NSW’s water administration and for government to remove the ministry from Nationals party, which traditionally holds the water portfolio in Coalition governments.

“Some of these revelations are worse than Four Corners or the Matthews Report,” Mr Buckingham said.

“The government has been repeatedly warned by the Ombudsman that water compliance and enforcement is rotten, yet has turned a blind eye and deliberately hid previous Ombudsman reports from the public.

“It is only because the Ombudsman used his powers to go around the water minister and have this interim report tabled in parliament that we now know just how rotten things are in Water NSW.”

EDITOR’S NOTE: A previous version of the story mentioned Janine Young as the NSW Ombudsman. She is in fact the Energy and Water Ombudsman and not involved in this story.