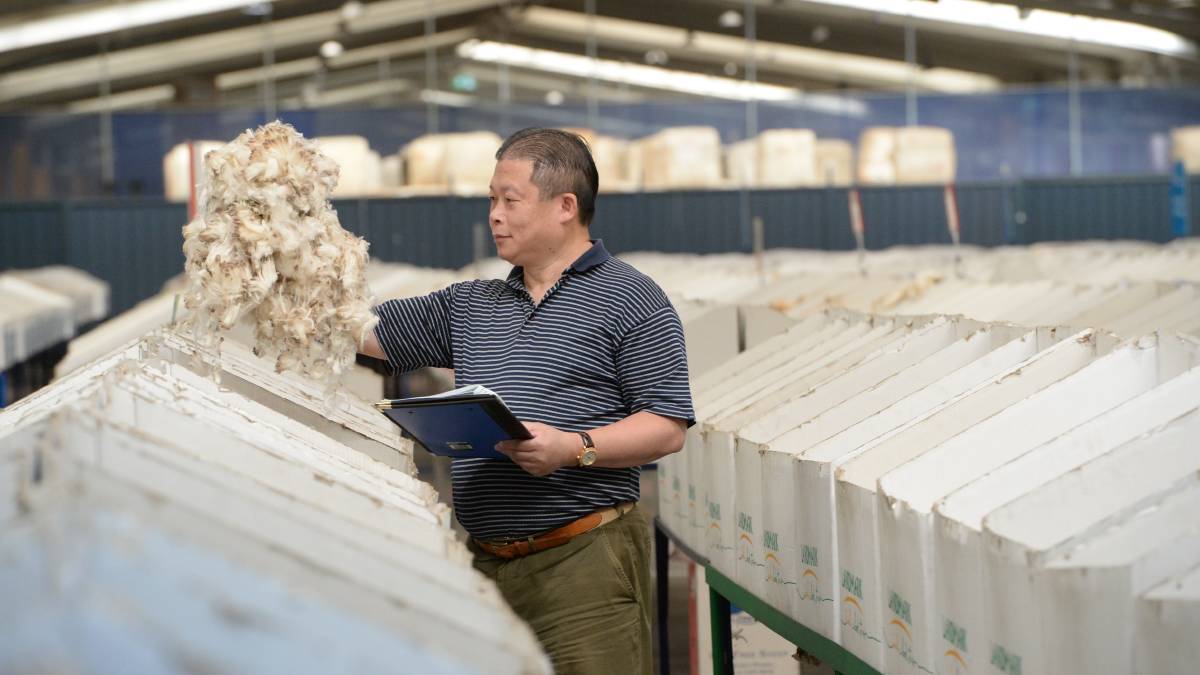 More than $3.1 billion worth of Australian wool has been sold at auction this year, closing on a record breaking run of high prices.

More than $3.1 billion worth of Australian wool has been sold at auction this year, closing on a record breaking run of high prices.

With the AWEX Eastern Market Indicator (EMI) closing 405 cents a kilogram above the same time last year - representing a 30 per cent jump - AWEX senior market analyst Lionel Plunkett said it has been a year for the record books.

The closing rally cracked an apparent 1700c/kg glass ceiling to finish at a record EMI of 1760c/kg, prior to the market’s three week recess.

The EMI’s 2017 performance represents the largest surge in 15 years.

“All types and descriptions, across the entire Merino spectrum experienced sharp price increases.

“Rises were felt from the opening hammer and continued unabated until the beginning of the final day.”

The EMI climbed for the past three calendar years, totaling 701c/kg.

Driven by strong demand from China, new price records were set from 21 to 25 micron, with the top price at 1753c/kg and the carding market’s new peak at 1529c/kg.

The final trading surge has been attributed to mills that were still in need of raw wool to fulfill orders in the New Year.

The price rise put a financial squeeze on exporters, with reports of buyers’ finances, in some cases, at their limit in recent weeks.

Techwool Trading retained its top position as the country’s major exporter, with 246,161 bales, representing 14pc of the auction volume, followed by Fox and Lillie with 188,831, or 11pc of the market.

Australia Merino Exports climbed the ranks, rising from fifth to third largest exporter this year, with 139,939 bales traded, or 8pc of the market.

Nearly 1.8 million bales were sold at Sydney, Melbourne and Fremantle auctions this year, a 5pc increase on last year’s sales, with 140,735 bales passed in.

“I am perplexed that we can’t definitively say that there is a swing to Merinos on the back of this, which is my concern for the industry,” Mr Herrmann said.

“There are some areas in Queensland getting back in but I don’t think we are seeing more Merino ewes mated to Merino rams.

“I think this is the new golden era for wool with prices very good by any measure and prices for surplus sheep amazing... which should paint a very good business case for Merinos at the moment.”

Above average volumes were offered for the last nine weeks, showing growers were getting as much wool on the market as possible.

“Growers are wanting to get a piece of this price action and taking full advantage by selling all their wool,” Mr Herrmann said.

“That means there is no reserves in stocks, growers sheds, and some shearings have been bought forward.”

He said the closing surge was a sign of tight times ahead for wool supply.

“The wool market has finished at an extraordinary level, it was a violent finish in terms of the movements in the last two weeks,” he said.

“It is a time for optimism with returns from Merino sheep at levels rarely seen, giving the industry a timely boost that hopefully sees an increase in wool production.”​