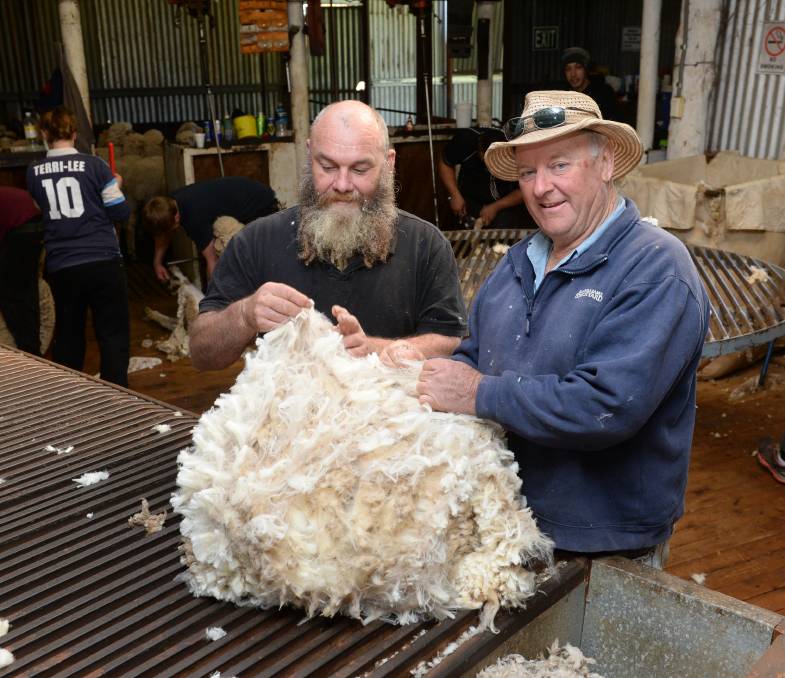 Woolgrowers’ move to capitalise on the lucrative wool prices has resulted in a five per cent spike in wool tested in the past six months.

Industry commentators have tipped this increase to growers’ choosing to shear flocks and sell wool earlier, in response to the high wool prices, rather than a lift in the nation’s wool production.

The increase has caused Australian Wool Production Forecasting Committee (AWPFC) to revise its forecast to 345 million kilograms of greasy this season, an increase of 1.4 per cent on the committee’s August forecast.

Australian Wool Exchange has reflected this increase, with first-hand offerings jumping 6.5pc, as producers get wool to the market as quickly as possible to take advantage of the extraordinary prices.

“It will surprise nobody that Merino wool prices are either at or very close to record levels in Australian dollar terms, regardless of what time period is considered,” Mr Wilcox said.

“It will be interesting to see how long the high percentile levels for Merino wool can be sustained in 2018.

“History has shown that it is difficult to sustain such levels, despite claims from some sources that the market has changed.”

The number of sheep shorn appears to have exceeded AWPFC’s original forecast, which in turn has offset a slight easing in average cut per head as a result of drier seasonal conditions in some states.

However these early sales will have a pull-back on next year’s production, with the committee expecting growth in the volume of wool tested to slow in the second half of the season.

This is due to the drier winter and spring impacting the overall fleece weights, as well as reports of many clips that were usually delivered in the new year already been delivered and sold.

Production is set to increase in four states this season, led by a 6.3pc jump in Victoria to 71.7mkg and a 5.9pc increase in Tasmania to 9.7mkg.

Shorn wool production in NSW, the largest producing state, is predicted to increase by 2.6pc to 129.4mkg, as a result of a 3.5pc increase in the number of sheep shorn.

However, continuing dry conditions in Queensland’s Bollon and Longreach regions has caused a sell-off of sheep which were brought in 2016, according to the committee, hurting the state’s shorn wool production that is expected to be down by 2.6pc to 8.3mkg.

Western Australia production is anticipated to fall by 6.4pc, to 66.6mkg.​