It is high times for Australian sheepmeat producers, in fact, the highest in 20 years. 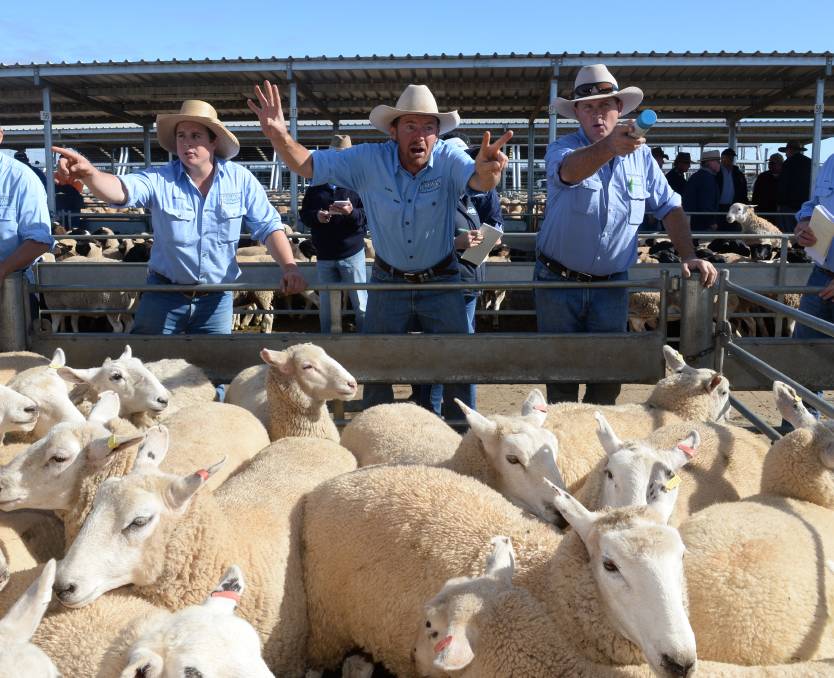 IT is high times for Australian sheepmeat producers, in fact, the highest in 20 years.

Strong global demand has driven high prices for lamb and mutton, which in turn has boosted farm cash income to its highest in two decades, according to Australian Bureau of Agricultural and Resource Economics and Sciences.

Historically high saleyard prices have been received for lamb and mutton, with the national trade lamb indicator above 600 cents a kilogram for most of 2017.

As supplies increased in spring, the lamb market resisted the seasonal decline in prices.

In the final week of November, the national trade lamb indicator averaged 5c higher than the opening week of September, at 612c/kg carcase weight.

Strength in the sheepmeat market drove the national mutton indicator to a new high of 527c/kg cwt, reached  in June, and averaged 25pc higher than last year at 436c/kg cwt, or 88c.

“It’s safe to say Australia’s agriculture industry has again hitched a ride on the sheep’s back,” Ms Simson said.

“The industry is one of Australia’s fastest growing and a driving force behind the nation’s growing domestic product.”

“Farmers will literally be ‘making hay while the sun shines’ but also setting themselves up for future periods, when conditions may not be so good,” she said.

After a slow start to the year, May marked the turning point with processors operating above year-ago levels for the remainder of the year, according to Meat and Livestock Australia.

For the year to October, the national lamb kill was 18.6 million head, back 1pc on the same period last year.

Sheep slaughter was up 5pc to 6m head, driven by the surge in processing in second half of the year.

This year marked the largest volume of lamb produced for the January–October period on record, at 424,365 tonnes cwt – 1pc higher year-on-year and 6pc above the five-year average.

MLA attributed the boost in production to heavier carcase weights, with lamb carcases averaging 22.9kg in 2017, compared to 22.3kg in 2015.

Over the past 10 years, lamb carcase weights have increased 190g/year on average, according to MLA, with prices motivate producers to grow lambs to heavier weights.

Australia’s major sheepmeat export markets grew on the back of New Zealand’s production decrease, resulting in Australian lamb exports being 5pc up on last year, and 13pc above the five-year average.